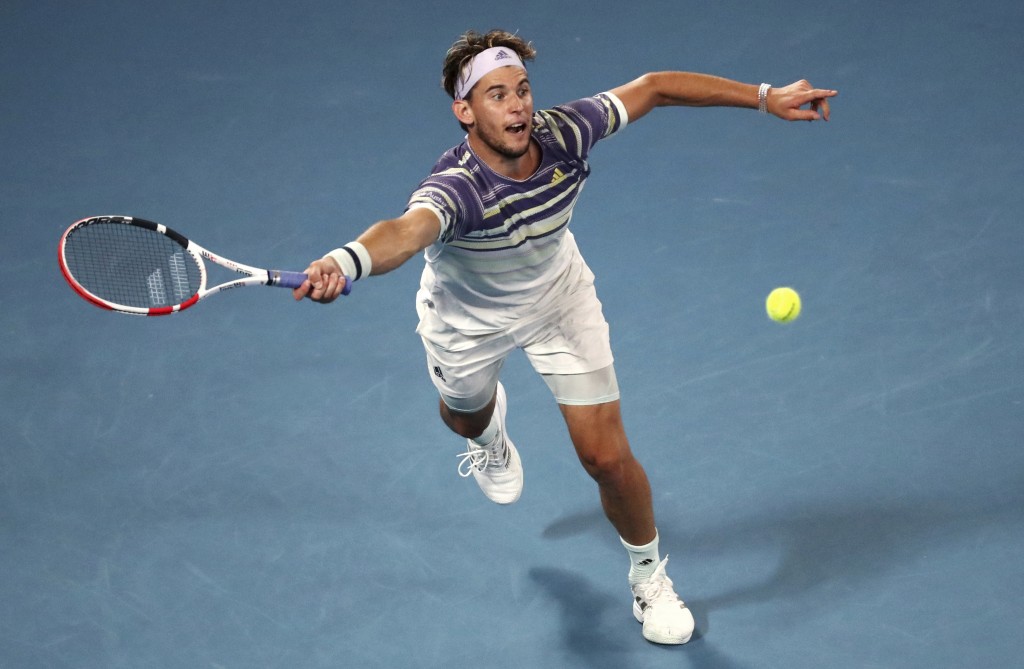 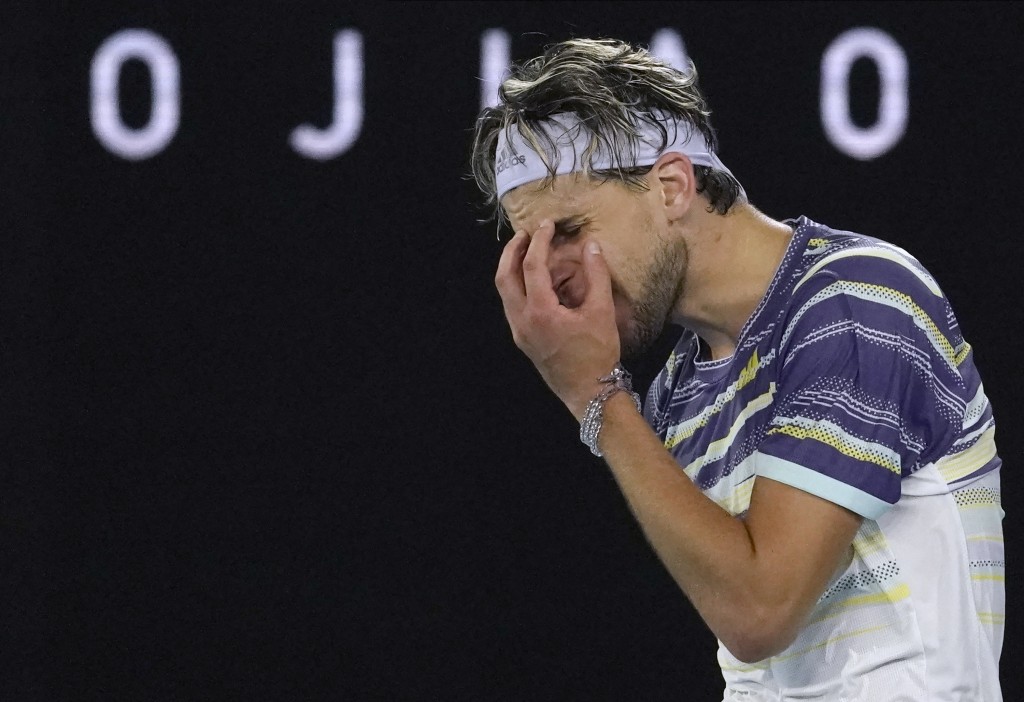 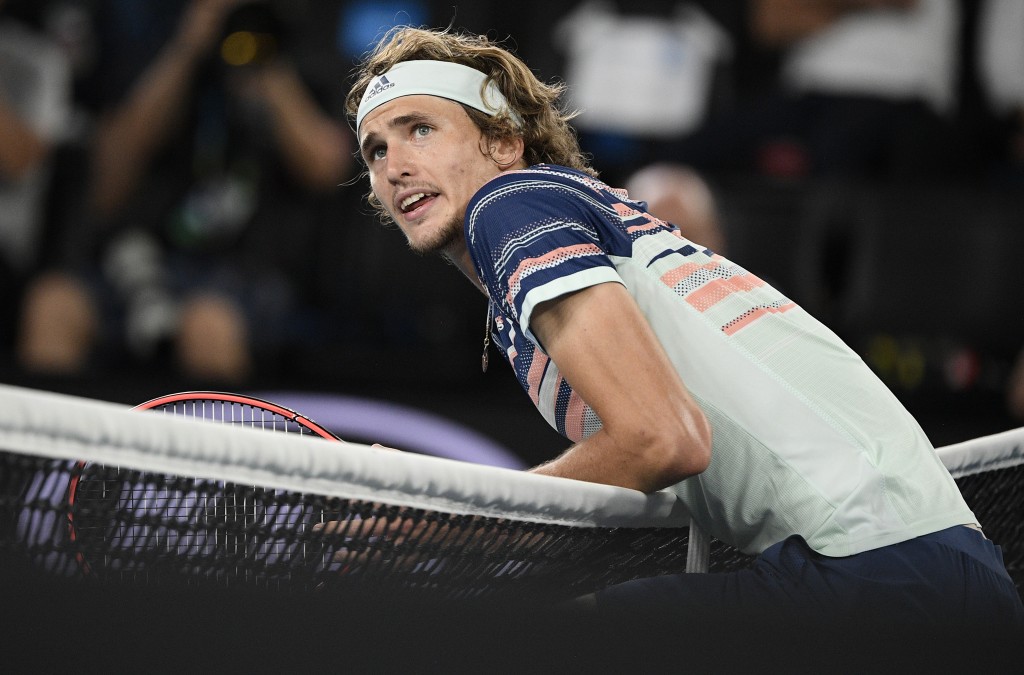 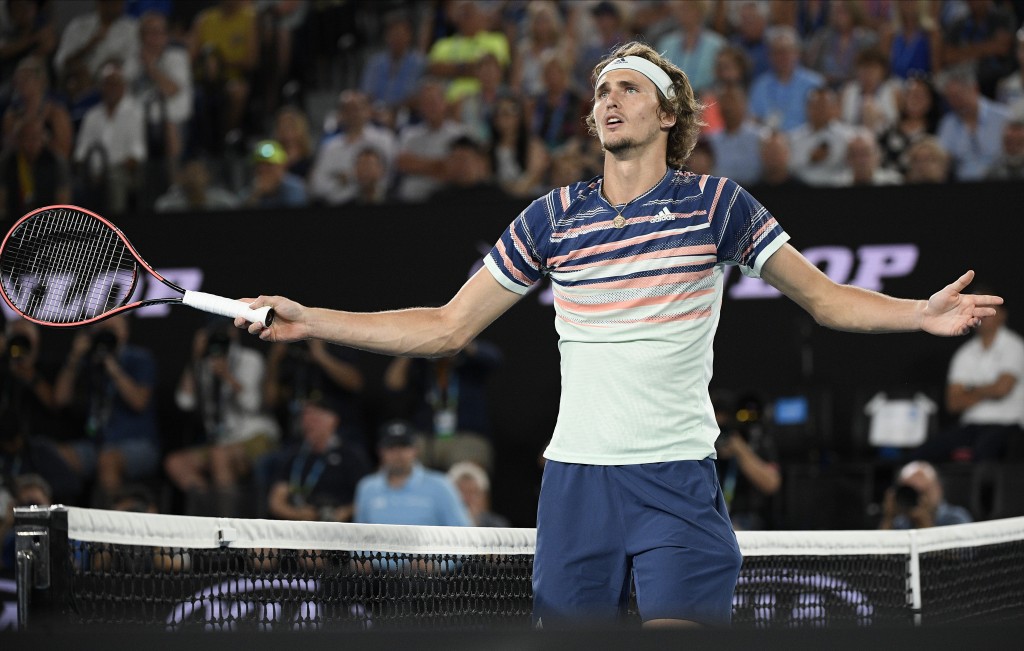 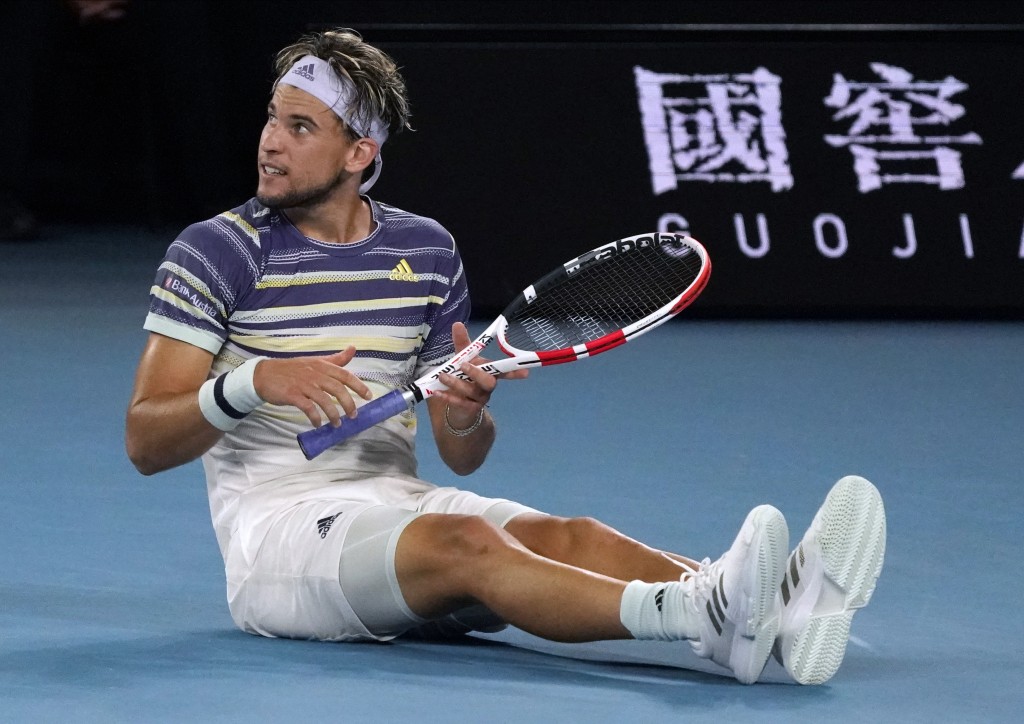 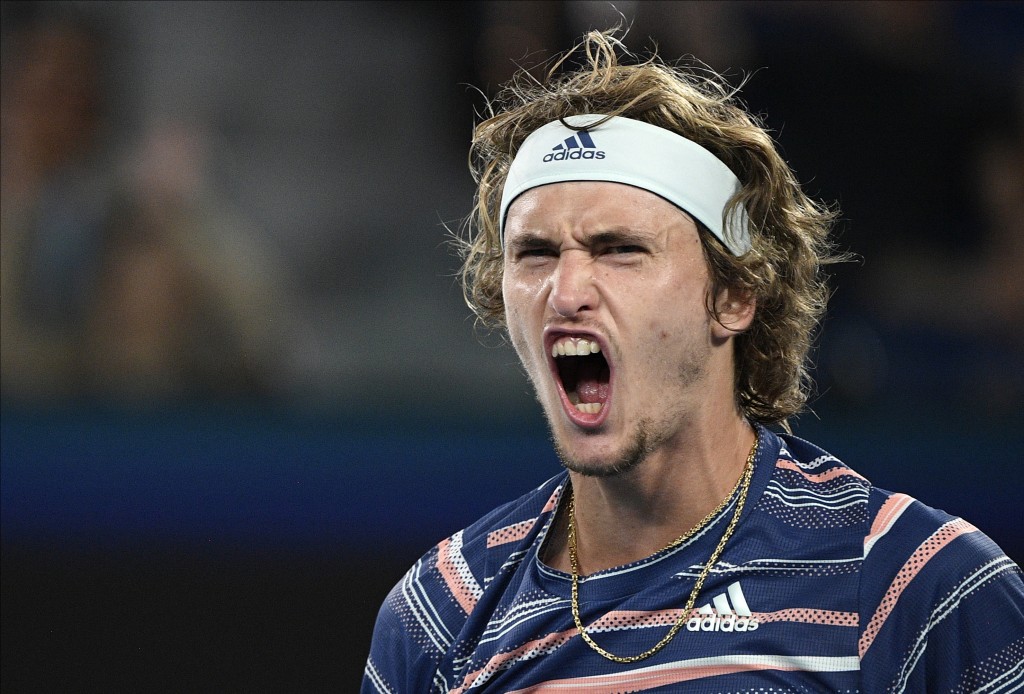 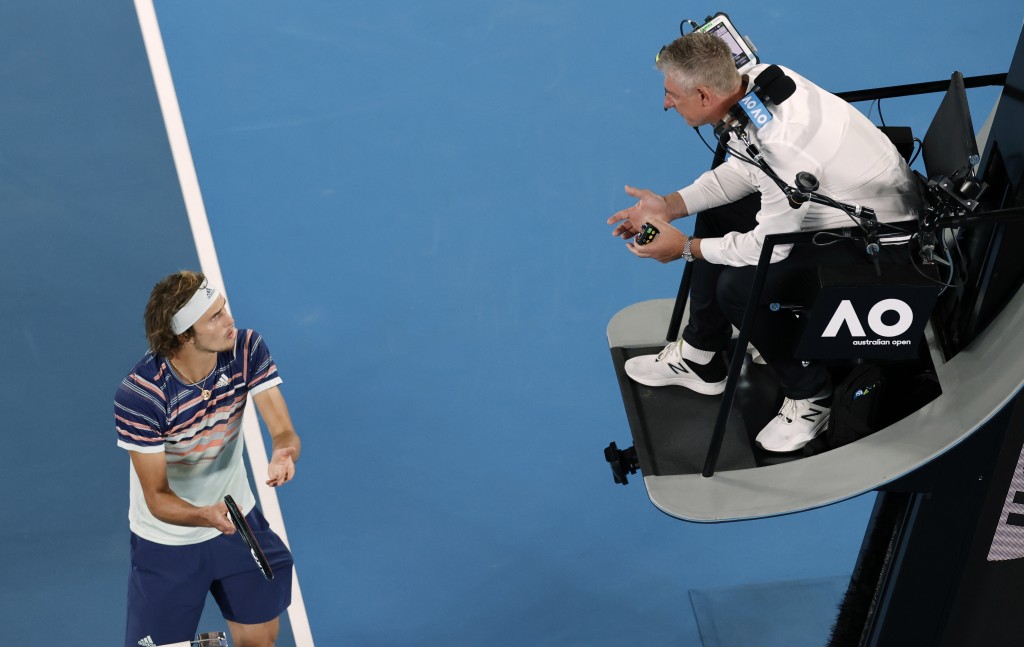 MELBOURNE, Australia (AP) — Locked in an even-as-can-be Australian Open semifinal, Dominic Thiem looked up at his guest box, patted his belly and stuck out his tongue, as if to indicate he was feeling sick. He shook his head. He winced.

The 26-year-old Austrian reached his third Grand Slam final overall and first at Melbourne Park by using his baseline bullying and big-moment bravado to beat Alexander Zverev 3-6, 6-4, 7-6 (3), 7-6 (4) on Friday night.

The No. 5-seeded Thiem's opponent in the title match Sunday will be No. 2 Novak Djokovic, the defending champion, who eliminated Roger Federer on Thursday.

The women's final is Saturday, with two-time major champion Garbiñe Muguruza of Spain taking on 14th-seeded Sofia Kenin of the United States. It is Muguruza's fourth Grand Slam final and the 21-year-old Kenin's first.

Djokovic, 32, will be appearing in his record eighth Australian Open final and 26th Grand Slam final overall. While Thiem eyes his first major trophy, Djokovic is going for No. 17, which would move him within three of Federer's record of 20. Rafael Nadal, with 19, is the only other man ahead of Djokovic.

Thiem's two previous major finals came on the red clay of the French Open, where he was the runner-up to 12-time champion Nadal each of the last two years.

Now he will face a similar challenge: Djokovic owns a record seven titles from the hard courts of the Australian Open.

Thiem never had been past the fourth round in Melbourne until now. But he's in rather fine form at the moment, with three consecutive wins over top-10 opponents, including No. 1 Nadal in the quarterfinals and, now, No. 7 Zverev.

In both of those most recent victories, Thiem was better at the most crucial junctures, happy to exchange in back-of-the-court exchanges until an opening presented itself.

Against the 6-foot-6 (1.98-meter) Zverev, Thiem shook off a shaky start and pulled out the second set by saving a pair of break points before taking it with a 125 mph ace.

In the third, despite looking weary and ill, Thiem erased two set points with go-for-it winners -- one a backhand, the other a forehand. Soon after, another tiebreaker went Thiem's way, and he ended it in style with another pair of winners -- this time forehand, then backhand.

In the final tiebreaker Friday, Thiem’s last three points came via a pair of forehands and a volley.

The temperature climbed all the way to 110 degrees (43 Celsius) during the mixed doubles semifinals Friday afternoon, but by the time the Thiem vs. Zverev started in the evening, things were cooler. The retractable roof at Rod Laver Arena was partly open when they began, before a patch of rain in the fourth game prompted a three-minute delay so the arena could be completely covered.

There was a longer, odder, interlude after the first game of the third set, when action was held up for seven minutes because of an issue with some of the stadium lights. While tournament officials huddled to discuss the matter, fans killed time by dancing in the aisles to "Staying Alive" by the Bee Gees, Zverev changed his shirt, and Thiem smiled at the absurdity of it all.

As Thiem began to impose himself -- he went from five winners in the first set, to nine in the second and 20 in the third -- Zverev seemed to find more and more things that disturbed him.

The 22-year-old German, never before in a major semifinal, ran out of replay challenges in the third set and was sure a serve of his that was ruled a fault had caught the line (a TV graphic showed the call was correct). He pleaded, unsuccessfully, with chair umpire John Blom to overrule the line judge so Thiem could challenge it and everyone could see the replay.

Zverev was forced to take a second serve and he turned it into a 109 mph ace, then shouted something and was cited by Blom for verbal abuse.

Zverev followed with a 114 ace to end the game and yelled, "Come on!"

There were other such distractions, including questioning whether the net machine missed a let call on a serve and telling Blom he found an arena video board bothersome.

What bothered Zverev the most, of course, was Thiem, who now gets less than 45 hours to rest and try to figure out a way to beat Djokovic at a place no one is better.