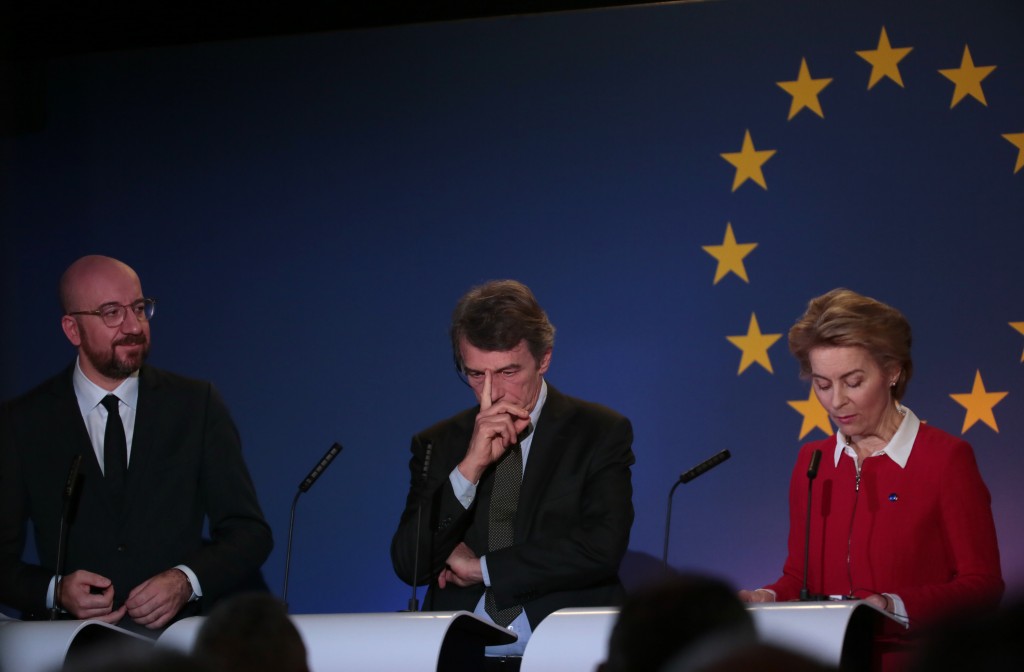 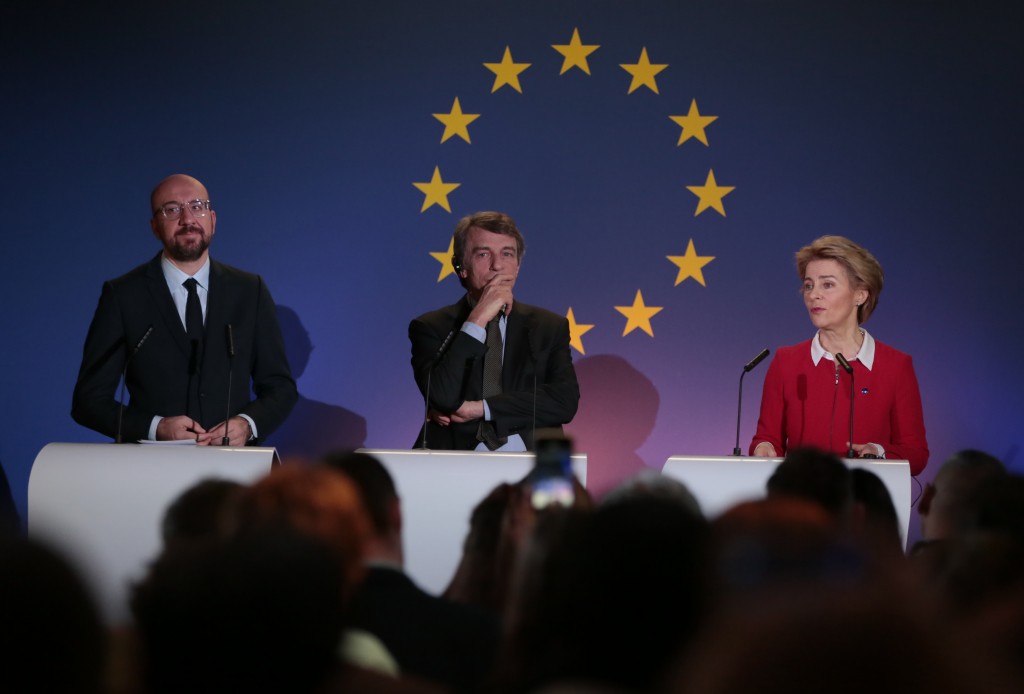 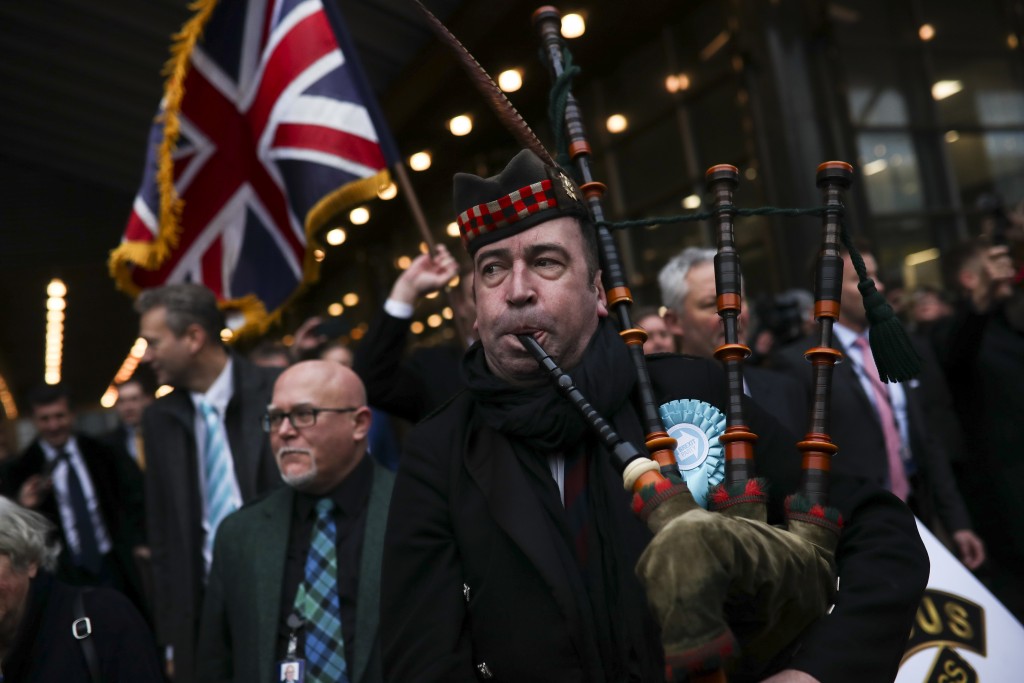 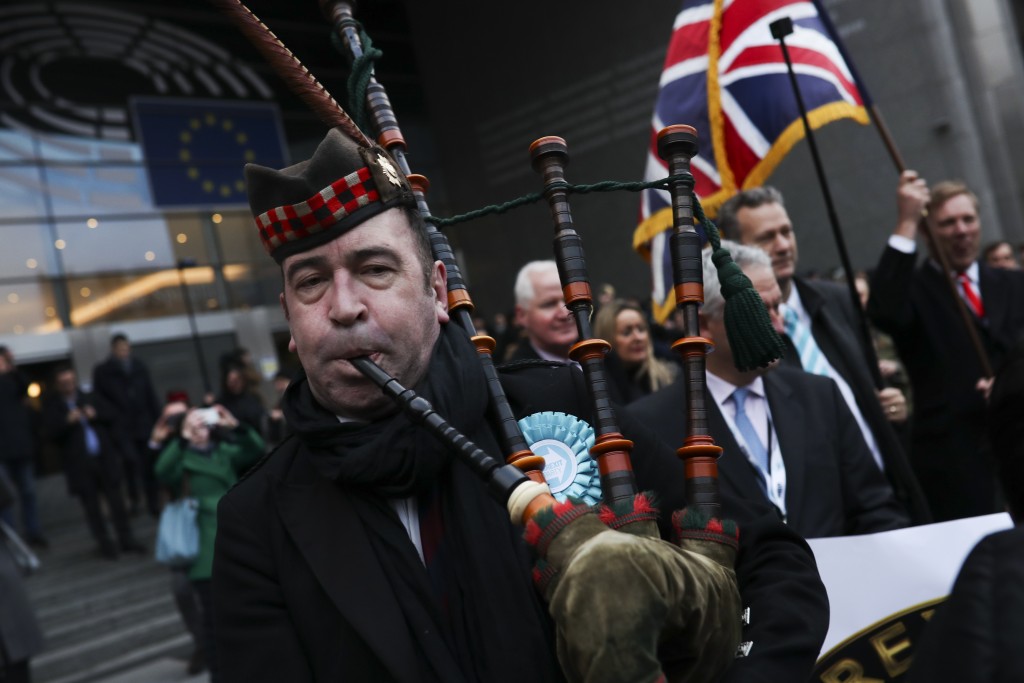 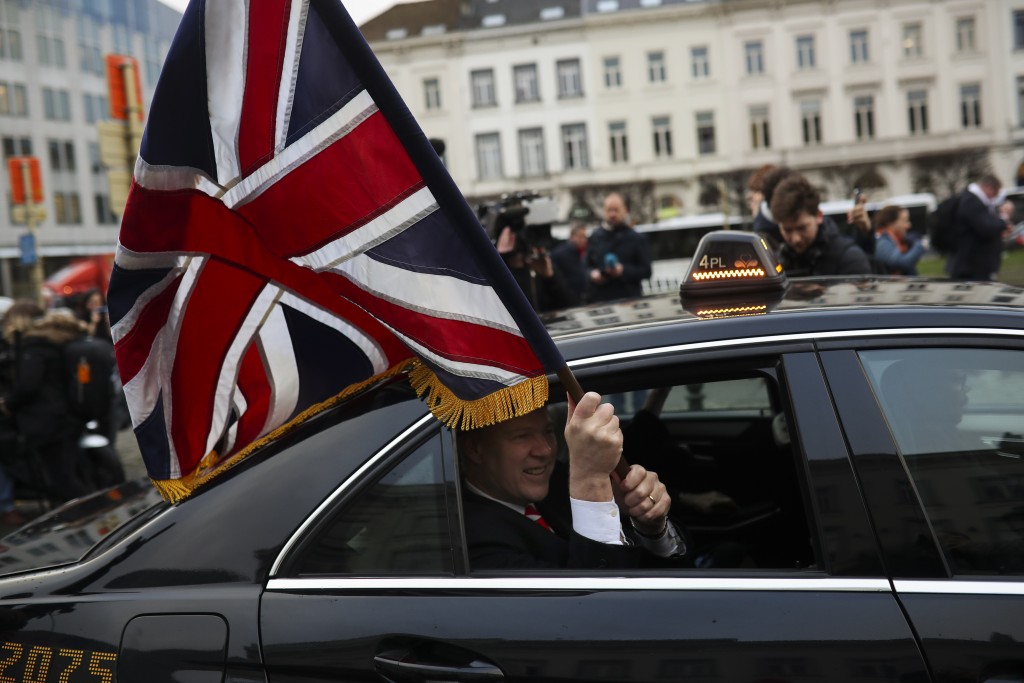 BRUSSELS (AP) — As the United Kingdom prepared to bring to an end its 47-year EU membership, the bloc's top officials on Friday pledged to continue playing a prominent role “in the ever-louder cacophony of the world," despite the loss of a powerful affiliate.

“How much stronger we are when we are together," the presidents of the three EU institutions wrote. “This is why the Member States of Europe will continue to join forces and build a common future. In an age of great power competition and turbulent geopolitics, size matters. No country alone can hold back the tide of climate change, find the solutions to the digital future or have a strong voice in the ever-louder cacophony of the world. But together, the European Union can."

The main immediate task for the EU after Brexit is now to negotiate new agreements with Britain in a vast array of topics including trade, data sharing and security. Until at least the end of the year, EU rules and laws will continue to apply in Britain as the country will remain in the single market. Both parties hope they can find a satisfactory agreement for their future relationship kicking in after this transition period ends.

“We need to look to the future and build a new partnership between enduring friends," Sassoli, von der Leyen and Michel said. “Together, our three institutions will do everything in their power to make it a success. We are ready to be ambitious."

British Prime Minister Boris Johnson is adamant that he won't agree to extend the Brexit transition beyond the end of 2020, even if a deal has not been struck. But EU officials and several member states have warned it would be difficult to secure a comprehensive agreement in time, and that Britain should rather stay close to EU standards in the future to avoid new trade hurdles.

“How close that partnership will be depends on decisions that are still to be taken," the EU officials underlined. “Because every choice has a consequence. Without the free movement of people, there can be no free movement of capital, goods and services. Without a level playing field on environment, labour, taxation and state aid, there cannot be the highest quality access to the single market. Without being a member, you cannot retain the benefits of membership."

The trio of officials boasted about the EU's collective strength and their determination to assume leadership on topics such as climate change in the coming years. As part of her Green Deal, von der Leyen has promised to make Europe the first carbon-neutral continent by 2050.

Sassoli, von der Leyen and Michel also sent a friendly message to Britain, the first country ever to leave the bloc.

“Whilst the U.K. will cease to be an EU member, it will remain part of Europe. Our shared geography, history and ties in so many areas inevitably bind us and make us natural allies," they said. “We will continue to work together on foreign affairs, security and defense with a common purpose and shared mutual interests. But we will do it in different ways."