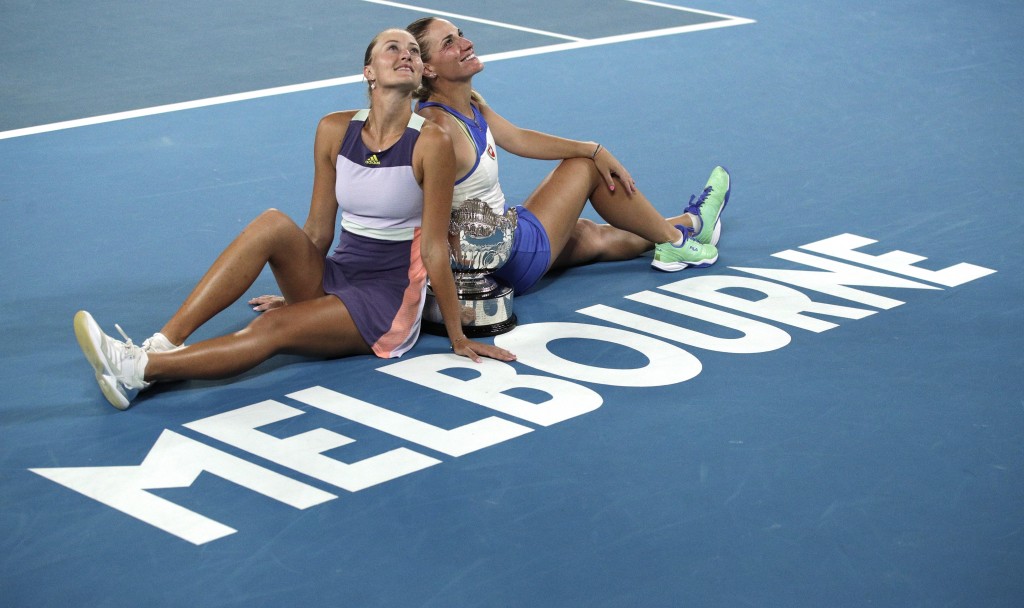 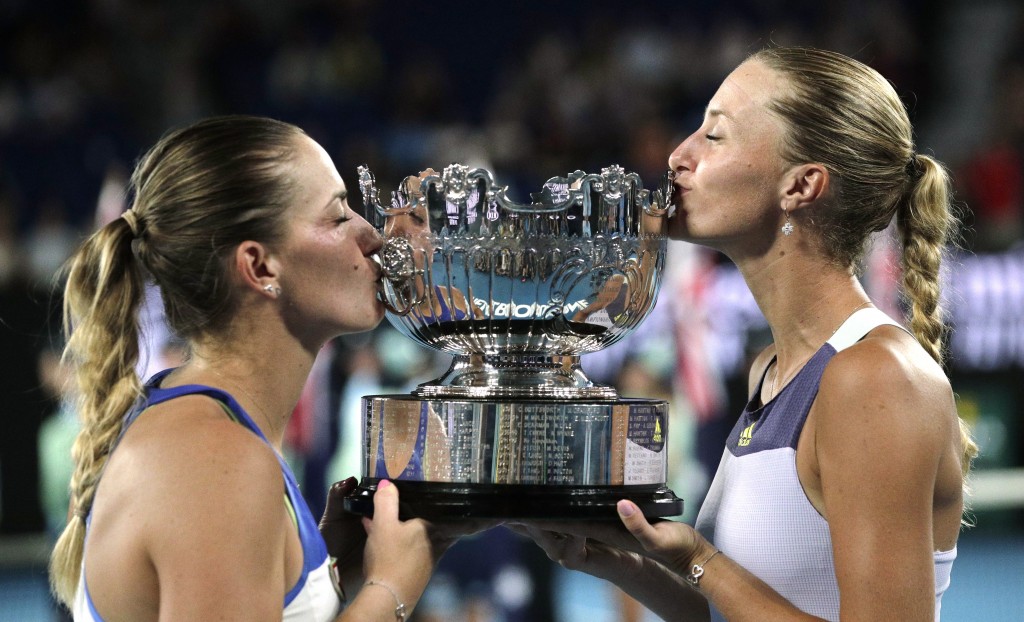 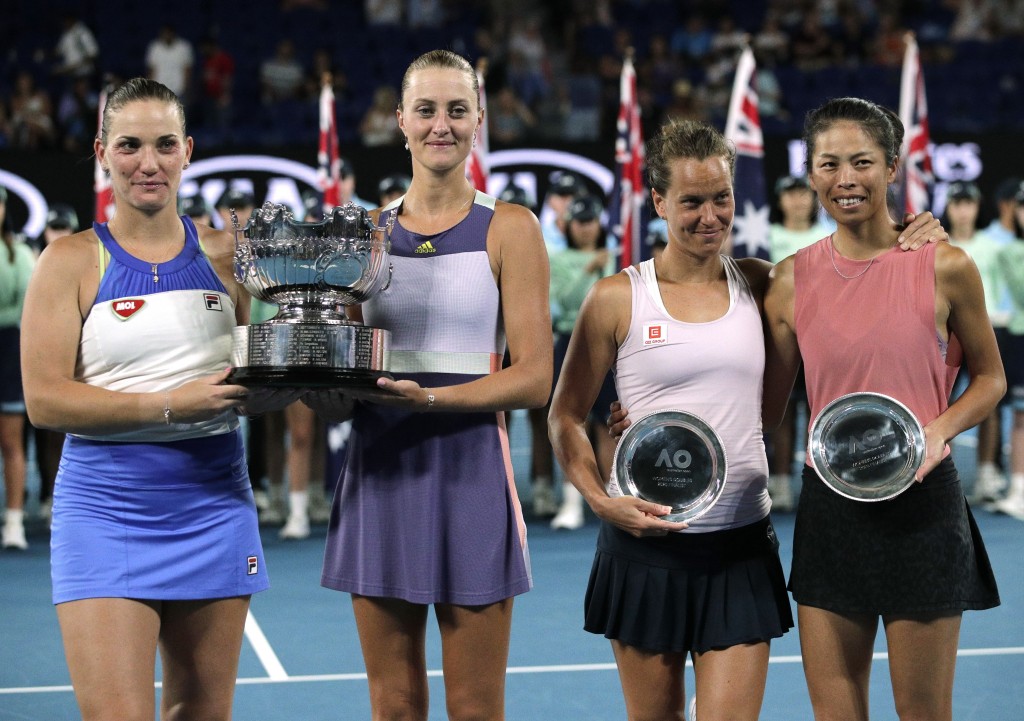 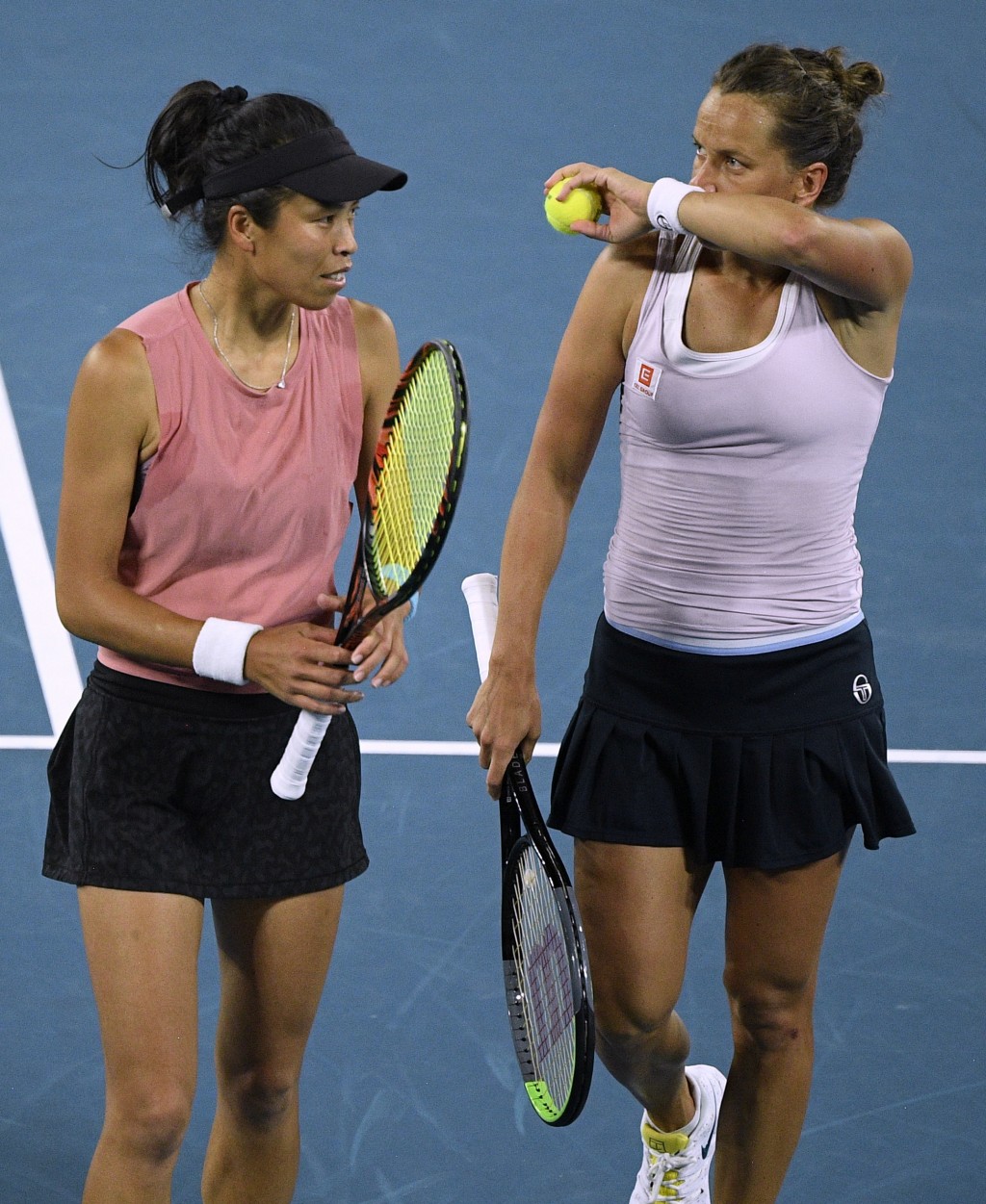 The pair routed top-seeded Hsieh Su-wei of Taiwan and Barbora Strycova 6-2, 6-1 on Friday under a closed roof on Rod Laver Arena because of the extreme heat in Melbourne.

It was a third consecutive final at Melbourne Park for Babos of Hungary and Mladenovic of France, who were runners-up last year, and their sixth Grand Slam final.

Babos and Mladenovic are on a roll as a team, finishing last year strongly by defending their WTA Finals title with a victory over Hsieh and Strycova in the final.

“We both lost pretty early in the tournament in singles. It's tough because we are competitors (and) it's not always easy to kind of stick around and keep working and believing,” Mdadenovic said. “It's the beginning of the season, so you expect much of yourself.

"It makes it just so much easier to have your best friend by your side because you can fulfill those long days of work with a best friend or family around, I'm very grateful."

Babos summed up their Melbourne Park success, saying: "There's something about Australia and this amazing court that we love."

There was some consolation for Hsieh, who regained the world's No.1 doubles ranking from Strycova even in defeat.

Hsieh and Strycova, the 2019 Wimbledon champions, won the Brisbane International title earlier this month and were unbeaten in their previous nine matches in 2020. But the top seeds were powerless to stop the succession of winners flowing off the rackets of their opponents and main rivals on the women's tour.

Babos and Mladenovic made only four unforced errors in a dominant display.

With the temperature soaring to 110 degrees Fahrenheit (43 Celsius), the mixed doubles semifinals and women's doubles final were played under a closed roof at Rod Laver Arena.

A brief rain shower in the afternoon helped lower the temperature to about 100 degrees (40 Celsius) during the late afternoon.