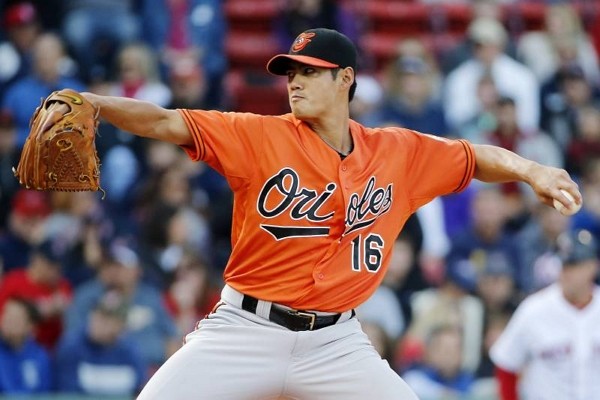 Currently 34 years of age, the Taiwanese left-handed veteran has been in the big leagues since 2012 and was regarded as the ace for the Baltimore Orioles. His new contract with the Mariners, which is believed to be a minor-league contract along with an invitation to spring training, would allow him to redeem himself after being released by the Miami Marlins and fight for a spot on the Mariners' major league roster.

Chen was bothered by injuries and struggled during his time in Florida despite high hopes from the Marlins' executives. According to CNA, Chen will likely compete for the fifth spot in the Mariners pitching rotation and will surely be a great addition to the team with his experience and leadership.

On Thursday (Jan. 30), the Taiwanese southpaw posted an intriguing picture of himself on Facebook with the caption "Spring training is approaching, so is my long-awaited next stop." In the picture, Chen was seen holding a Starbucks Seattle edition mug printed with the city's famous Space Needle observation tower, which has caused speculation that Chen was hinting at his new deal with the Mariners.

Since his new team only has two left-handed pitchers on its current roster, there is a high probability that Chen will be favored over his competitors Justin Dunn and Nick Margevicius. The Taiwanese star's previous appearances in the bullpen will also work to his advantage in his major league return, reported Liberty Times.