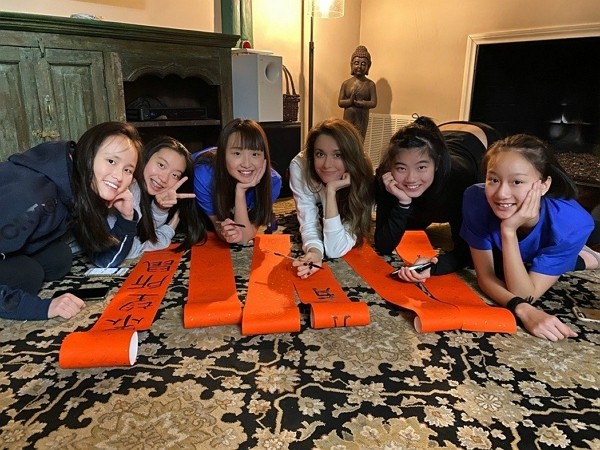 TAIPEI (Taiwan News) — Ukrainian born actress and model, Larisa Bakurova (瑞莎), led a team of Taiwanese gymnasts to participate in the LA Lights 2020 Gymnastics Tournament over the Lunar New Year holiday and was able to secure a gold medal and three bronze medals for Taiwan.

This year's gymnastics competition was attended by more than 200 contestants from around the world, including several Japanese athletes who are expected to compete in the 2020 Tokyo Olympics. Bakurova pointed out that this was also the first time for Taiwan to participate in this international event, reported Liberty Times.

The Ukrainian born celebrity said that she told the young Taiwanese gymnasts before the competition that winning awards was not the primary focus of their trip. However, she was surprised by the wonderful results the youngsters were able to achieve.

Bakurova told the media that she was unable to celebrate Lunar New Year with her family, but she made the right choice by spending Lunar New Year's Eve with her five Taiwanese athletes. She said that she had prepared the festive red envelopes for her team and they surprised her with "the most delicious" homemade dumplings in return.

According to UDN, Bakurova, who was a former gymnastics national champion for Ukraine, has been coaching the Taiwanese women's rhythmic gymnastics team for free since the end of 2018. She married a Taiwanese citizen, Mike Li, in 2015 and finally obtained her Taiwanese citizenship last year. The Taiwanese team was able to secure one gold and three bronzes at LA Lights 2020. (Facebook photo)