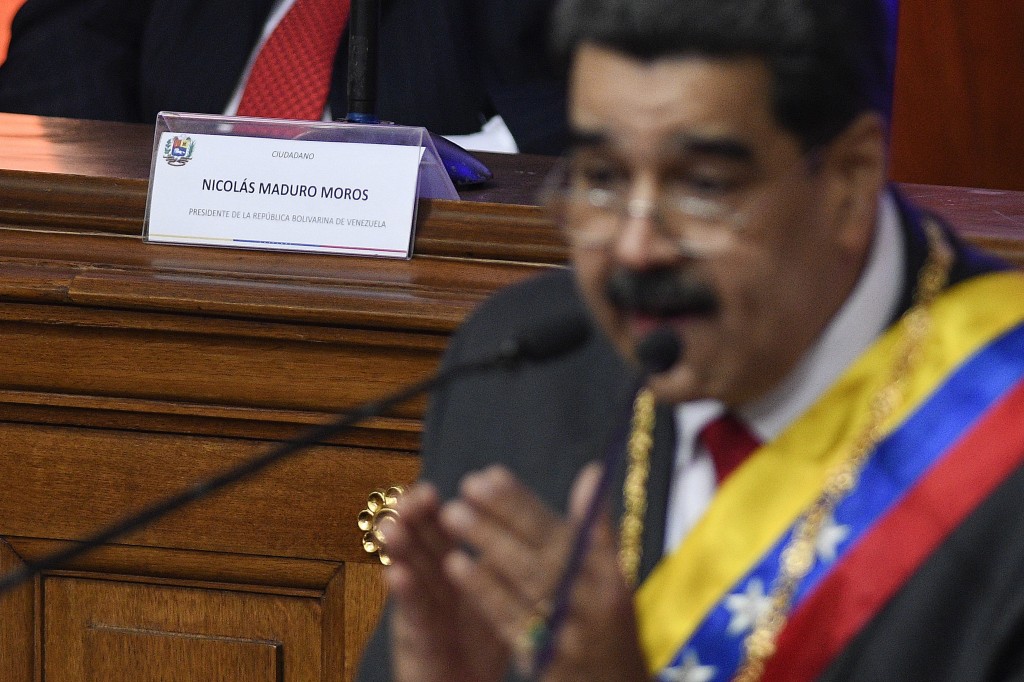 CARACAS, Venezuela (AP) — Venezuelan President Nicolás Maduro said Wednesday he is willing to mend broken diplomatic relations with neighboring Colombia by restoring consular services amid a standoff stemming from the capture of a fugitive lawmaker.

Police in Venezuela this week arrested Aída Merlano, a former senator in Colombia who escaped jailers to evade a 15-year prison sentence on a conviction including election fraud and weapons charges. With guards waiting outside while she underwent a dental procedure, she slipped down a rope from the third-story window and then made her way across the border into Venezuela.

Learning of the arrest, Colombian President Iván Duque asked Venezuela to return the former lawmaker. But rather than apply to Maduro's socialist administration, Duque's government asked opposition lawmaker Juan Guaidó, the congressional leader who has been campaigning to remove Maduro.

Maduro cut diplomatic ties with Colombia early last year after it threw its support to Guaidó along with the United States and nearly 60 other nations and assisted in a failed attempt to bring humanitarian aid across the border into Venezuela.

While Guaidó holds broad international support and claims presidential powers as head of the National Assembly, he has no practical control over government institutions such as Venezuelan police, which remain loyal to Maduro.

However, Maduro said the issue could be easily resolved.

"Enough of such senselessness,¨ he said in a nationwide television broadcast. ¨Put your feet on the ground and let's be pragmatic. Iván Duque you are making a serious mistake.¨

Maduro said Duque´s ¨extremism¨ and ¨immaturity¨ harms the security of both Colombia and Venezuela.

“This would be fixed very quickly if there was communication,” Maduro said.

Duque's administration, however, has accused Venezuela of giving safe haven to Colombian rebels who have been convicted of multiple crimes.

“We understand there are diplomatic complications with regard to this case as we don't have relations with the illegitimate government of Venezuela," Blum told Blu Radio on Tuesday. “But this case will not deter us from our efforts to restore that country's democracy.”