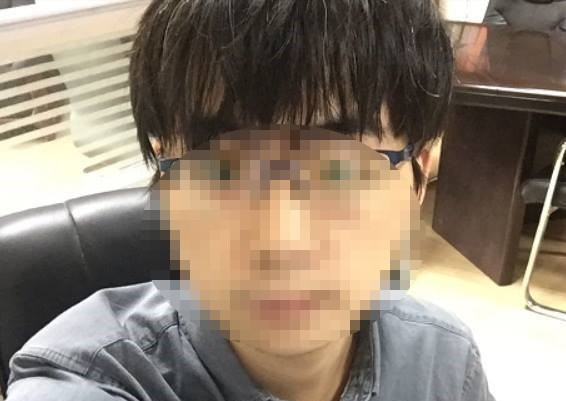 On Sunday (Jan. 26), the Ministry of Health and Welfare (MOHW) announced that it would have degree-seeking Chinese students quarantine themselves for two weeks in an effort to prevent the spread of the Wuhan coronavirus, which is nearing 8,000 infections in Communist China. On Tuesday, Sun Yufan (孫宇凡), a Chinese graduate student in the Philosophy Department at National Sun Yat-sen University, uploaded what he described as a "Protest Letter to Three Government Agencies in Taiwan."

In the letter, Sun wrote that the government's policy would inflict "four major losses" on Chinese students, and he issued seven key demands directed at the Centers for Disease Control (CDC), the MOHW, and the Ministry of Education (MOE), strongly demanding that they provide an open and formal reply. Among the "serious losses," Sun wrote that it would seriously impact the affected students' enrollment and status.

The MOE has yet to publish its policies in coordination with MOHW's announcement, but most colleges and universities treat the delayed payment of tuition as withdrawing from classes, so the Chinese students' status may not be guaranteed. Sun claimed that this limbo state would seriously impact their "mental health."

Sun then wrote that Chinese students from outside Hubei Province who come to Taiwan for social, business, and professional exchanges should not be discriminated against and placed under "centralized monitoring and management for 14 days." He then expressed his "strong dissatisfaction" with the policy and submitted seven demands to the three government agencies.

In addition, Sun asked the MOE to exempt Chinese students from tuition fees, credit fees, and other payments during this period and provide corresponding support with regard to school records and coursework. Sun then requested an improvement of quarantine conditions, such as keeping each person separate rather than clustering them together, in order to avoid transmission.

Sun then demanded that the three agencies compensate those Chinese students who are not found to have contracted the disease after the two-week isolation period. His next demand was that Chinese students "receive the same national health insurance standard treatment as Taiwanese students."

Lastly, Sun demanded that Chinese students have the right to legally challenge the actions taken by the three government agencies. He then called on the agencies to "please reply publically and formally."