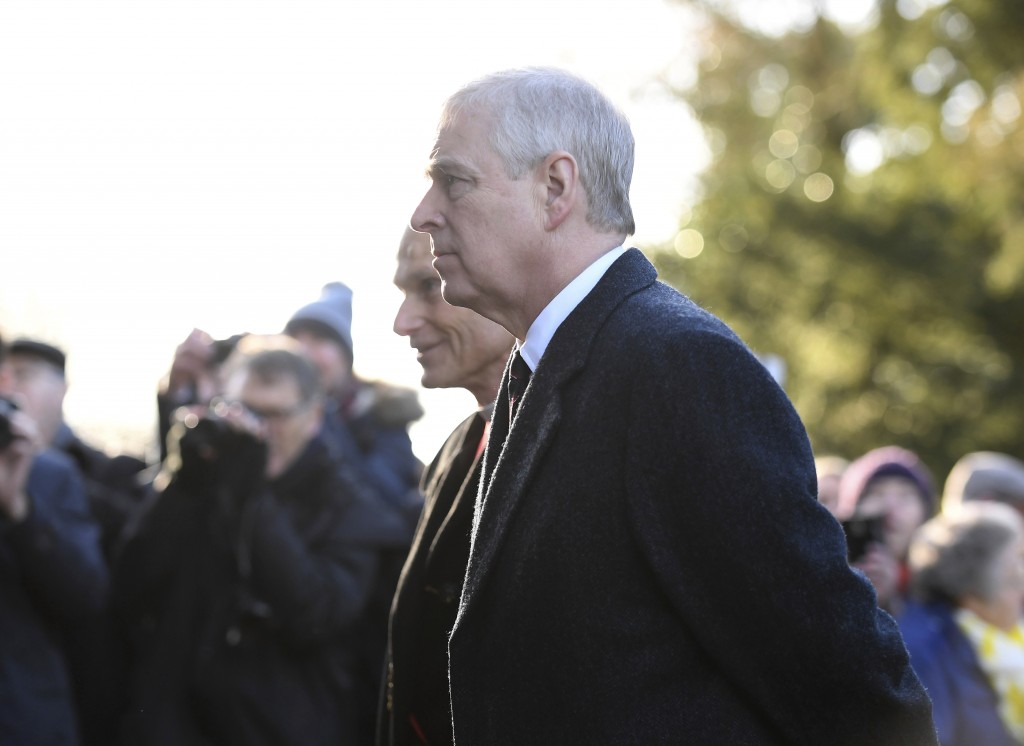 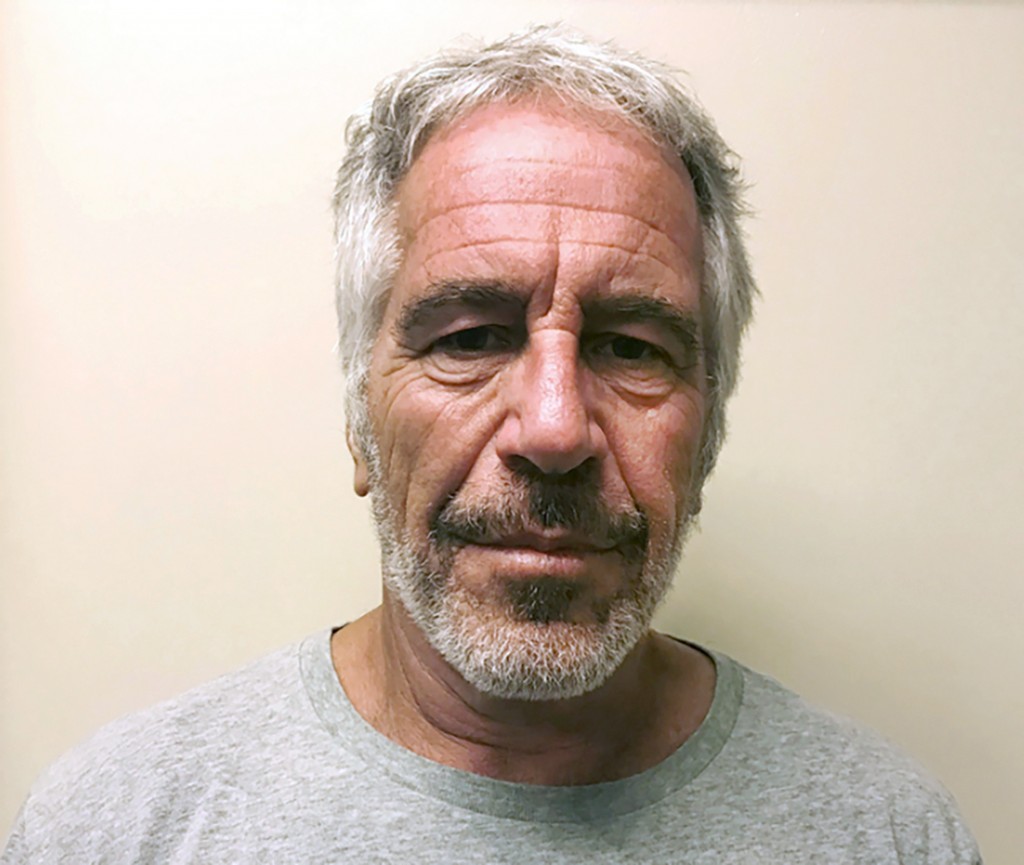 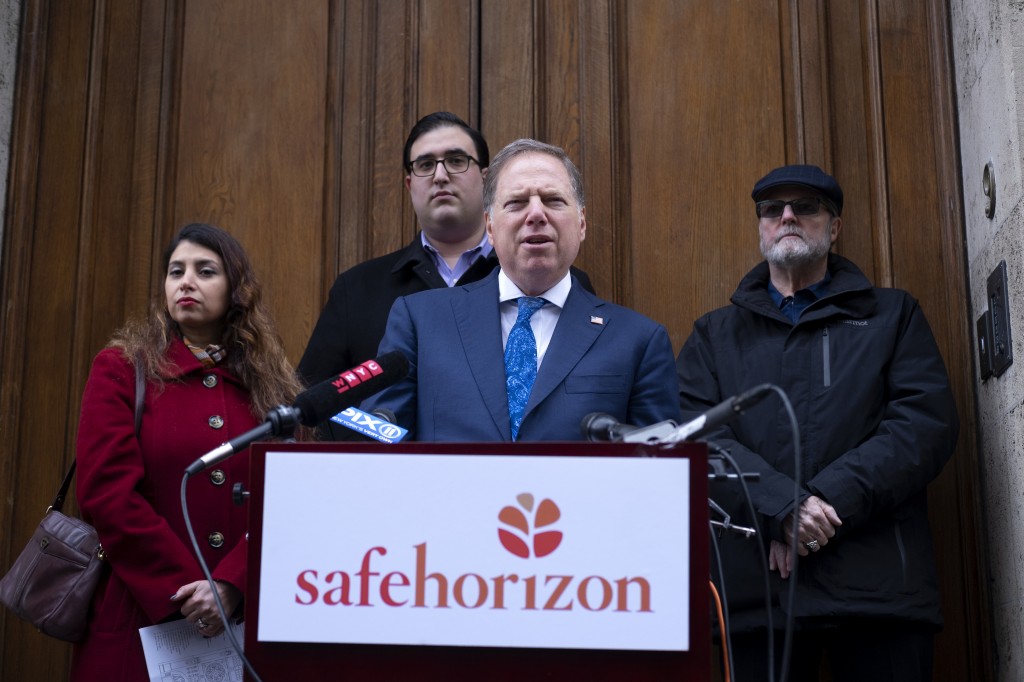 LONDON (AP) — The pressure on Britain’s disgraced Prince Andrew increased Tuesday after the revelation by U.S. authorities that he has failed to cooperate with the FBI’s investigation into his ties with the late convicted sex offender Jeffrey Epstein.

Lawyer Lisa Bloom, who represents five of Epstein's alleged sexual trafficking victims, said Tuesday that it’s time for Andrew “to stop playing games and to come forward to do the right thing and answer questions.”

Bloom said her clients were “outraged and disappointed at Prince Andrew's behavior.”

Andrew remained out of the public eye Tuesday. Buckingham Palace and his legal team maintained a “no comment” policy one day after U.S. Attorney Geoffrey Berman said Andrew has provided “zero cooperation” to the FBI and the U.S. prosecutors seeking to speak with him about Epstein.

The statement Monday by Berman, the top federal prosecutor in Manhattan, was the first official confirmation that the leading U.S. law enforcement agency had sought — and failed — to obtain evidence from Andrew, third child of Queen Elizabeth II, despite his pledge in November that he would cooperate with legitimate law enforcement agencies.

The U.S. decision to make the 59-year-old prince's silence public may be part of a strategy to increase public calls for him to cooperate.

Andrew is being sought for questioning as a witness who may be able to shed light on the illegal activities of Epstein, who died in a New York prison in August while awaiting trial on sexually abusing teenage girls. There's no indication that U.S. officials are pursuing criminal charges against the prince.

The FBI only has limited ways to try to convince Andrew to give evidence.

U.S. officials have not provided details, so it's not clear if the FBI made an informal request through Andrew’s lawyers or went through formal police channels, which if successful would have led to an interview conducted by UK police, possibly with an FBI agent present.

“They can’t compel him to do any of those things,” said British lawyer Ben Keith, a specialist in extradition and law enforcement. “The next stage after that is to issue a formal Mutual Legal Assistance Request, which would go through the Foreign Office and be dealt with in the court system.”

That could lead, Keith said, to the prince giving evidence via video link to U.S. investigators.

Andrew has been accused by a woman who says that she had several sexual encounters with the prince at Epstein's behest, starting when she was 17.

Virginia Roberts Giuffre says after meeting Epstein as a teenager in Florida in 2000, he flew her around the world and pressured her into having sex with numerous older men, including Andrew, two senior U.S. politicians, a noted academic, and the attorney Alan Dershowitz, who is now part of President Donald Trump's impeachment defense team.

Giuffre has said she had sex with Andrew three times, including once in London in 2001 at the home of Epstein's girlfriend, Ghislaine Maxwell. Giuffre claims that she was paid by Epstein for her sexual encounters.

Andrew and Dershowitz have denied any wrongdoing. But the royal family forced Andrew to step down from his royal duties and charity patronages in November after giving a disastrous television interview in which he defended his friendship with Epstein and failed to express sympathy for the girls and women who Epstein abused.

Andrew is also being pursued by several lawyers representing Epstein victims who are pushing civil suits against Epstein’s estate.

Those lawyers could choose to bring their request to a British high court, seeking to have an examiner take a statement from Andrew or pursue other ways to obtain his evidence. So far they are only making public calls for him to make himself available and threatening to subpoena Andrew if he travels to the U.S.

The complex legal situation may make Andrew reluctant to visit the U.S., where his evidence is sought on both criminal and civil cases, but lawyers say it's unlikely to restrict his travel to other countries.

New York criminal defense lawyer Ron Kuby says it's unlikely the prince will ever voluntarily agree to an interview and said the FBI doesn't have the means to force him to.

“The likelihood of him participating is very, very small,” Kuby said. “Why would he? The last time Prince Andrew spoke on the relevant topic he was yanked from public life and universally ridiculed.”

Andrew, eighth in line to the throne, has been seen at occasional royal family events since November but has not commented on Epstein since his TV interview backfired.