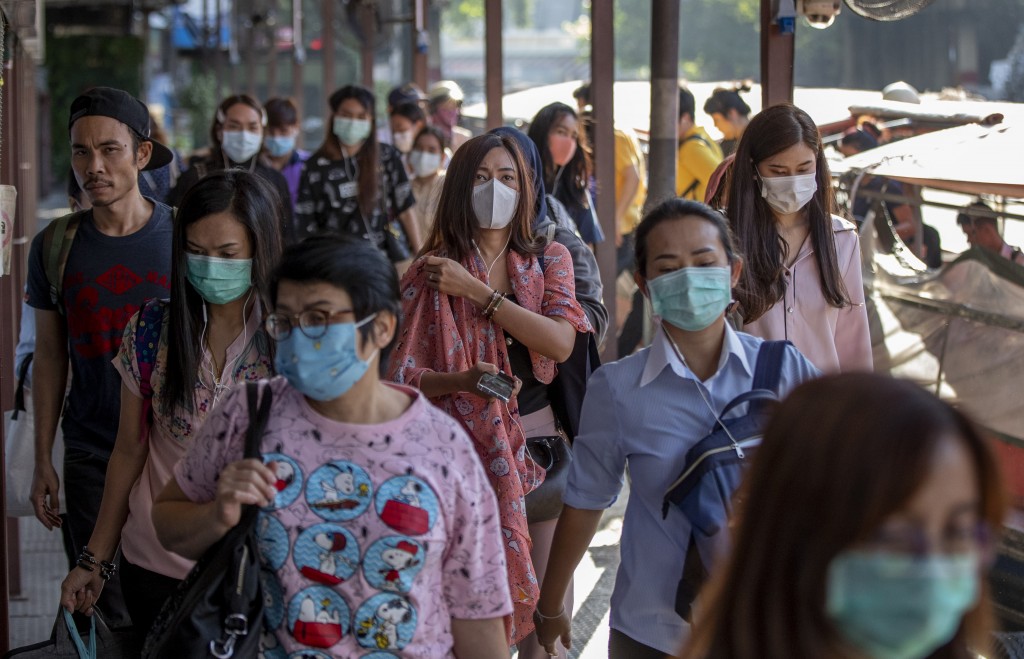 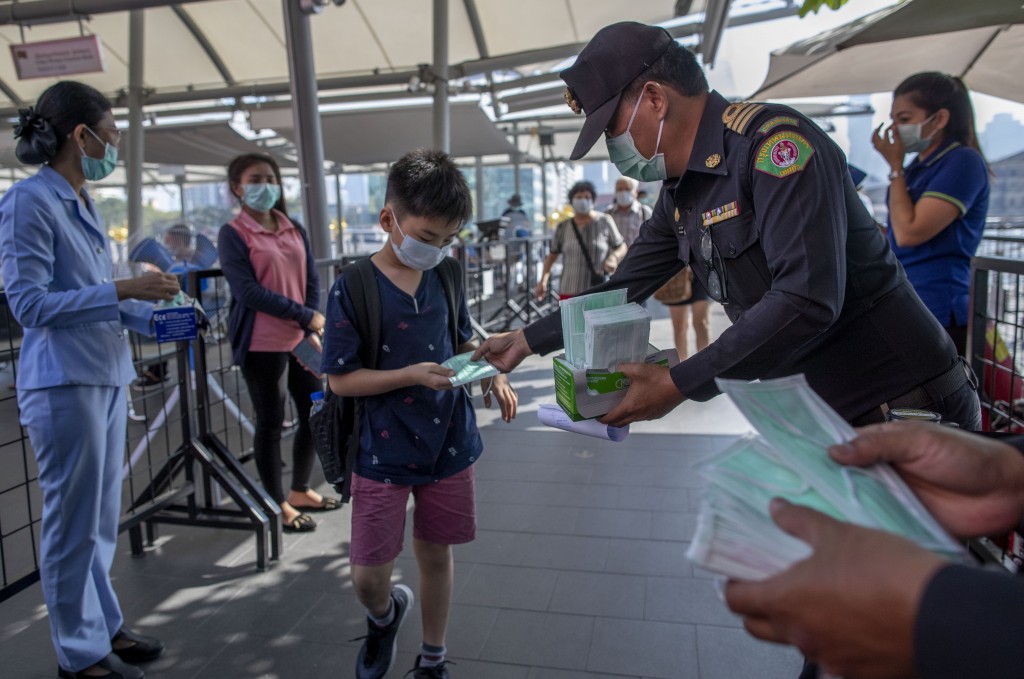 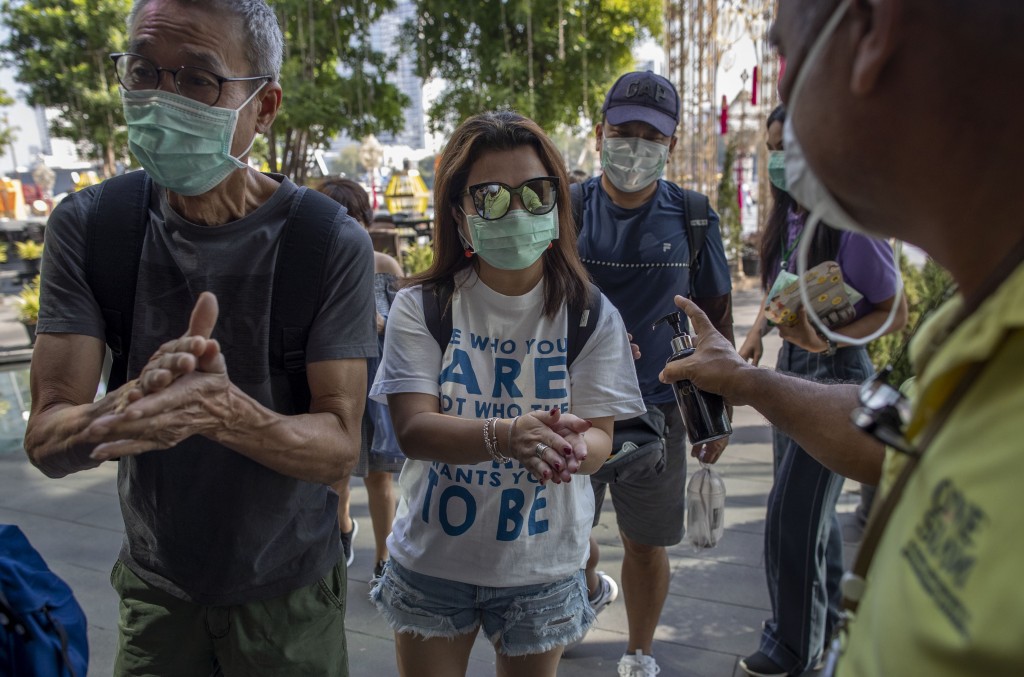 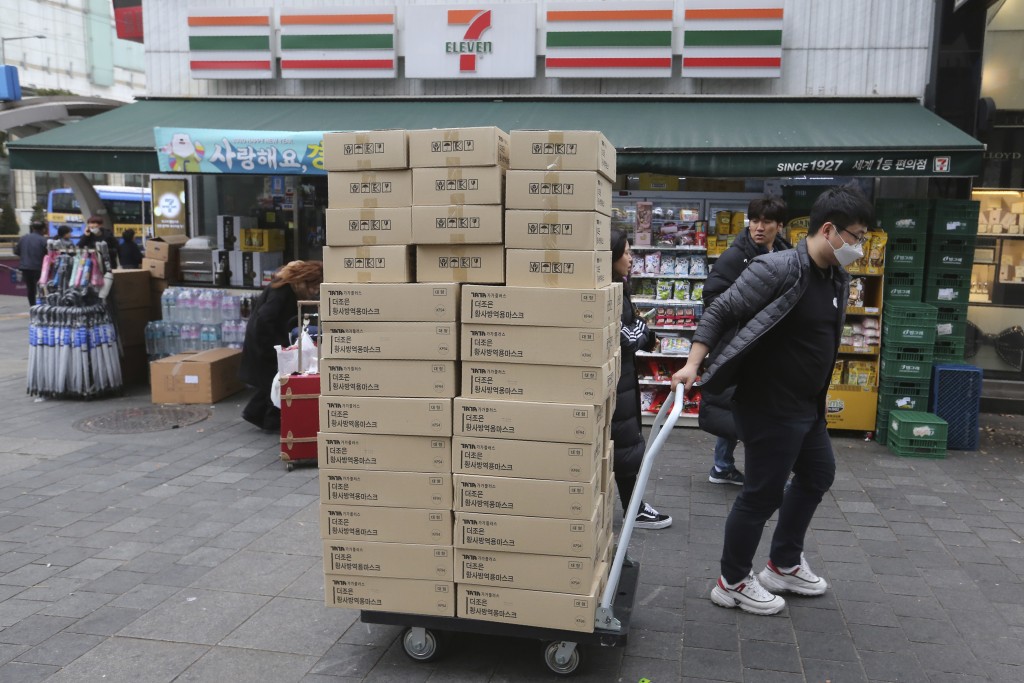 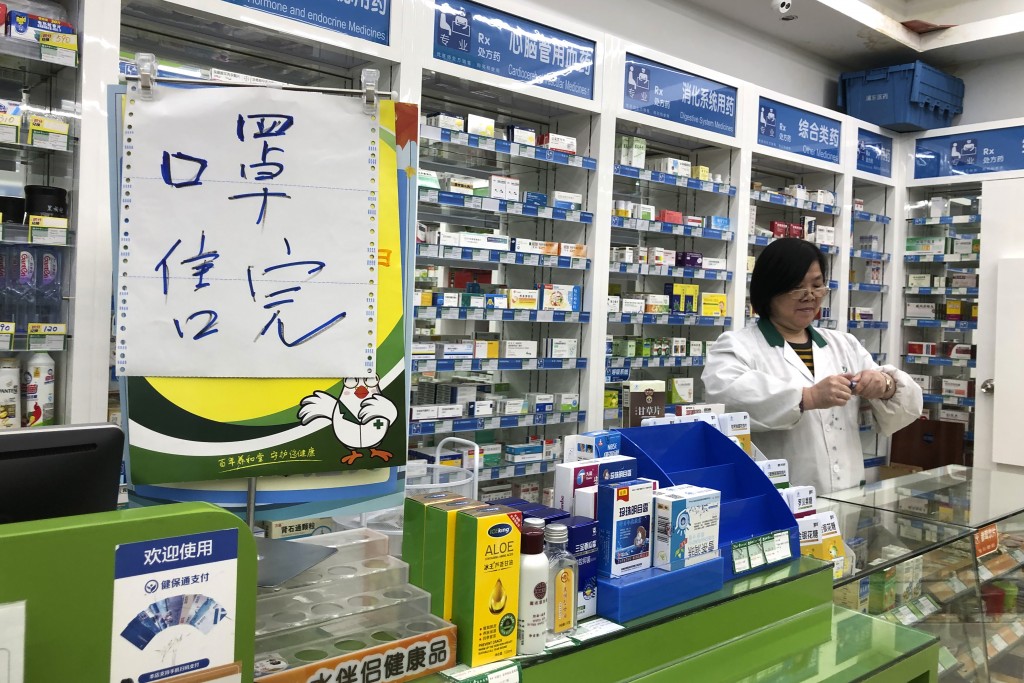 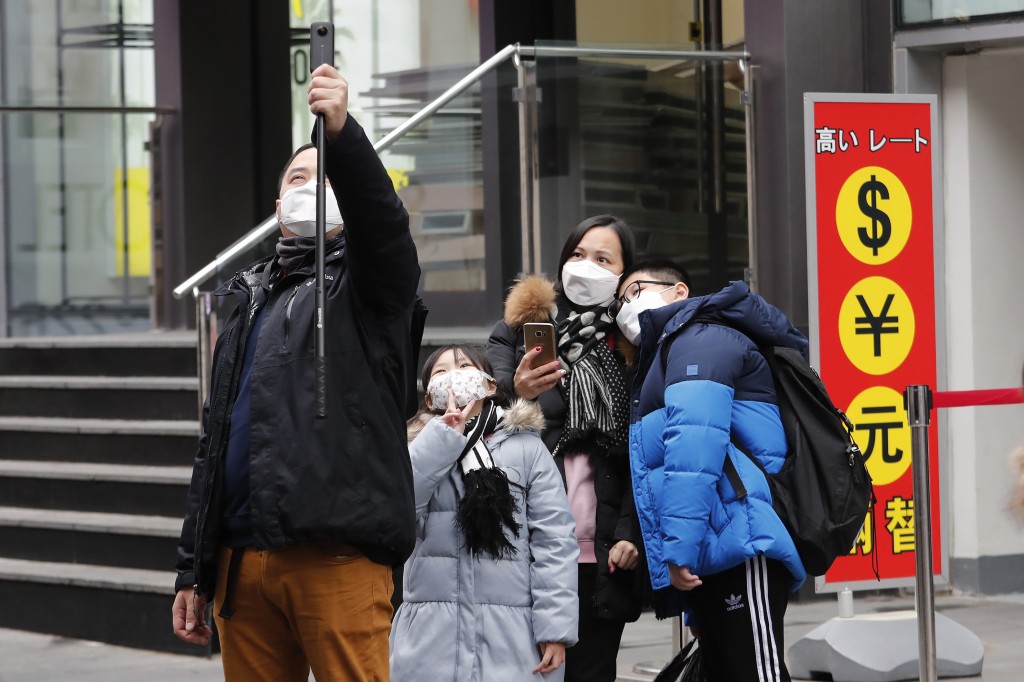 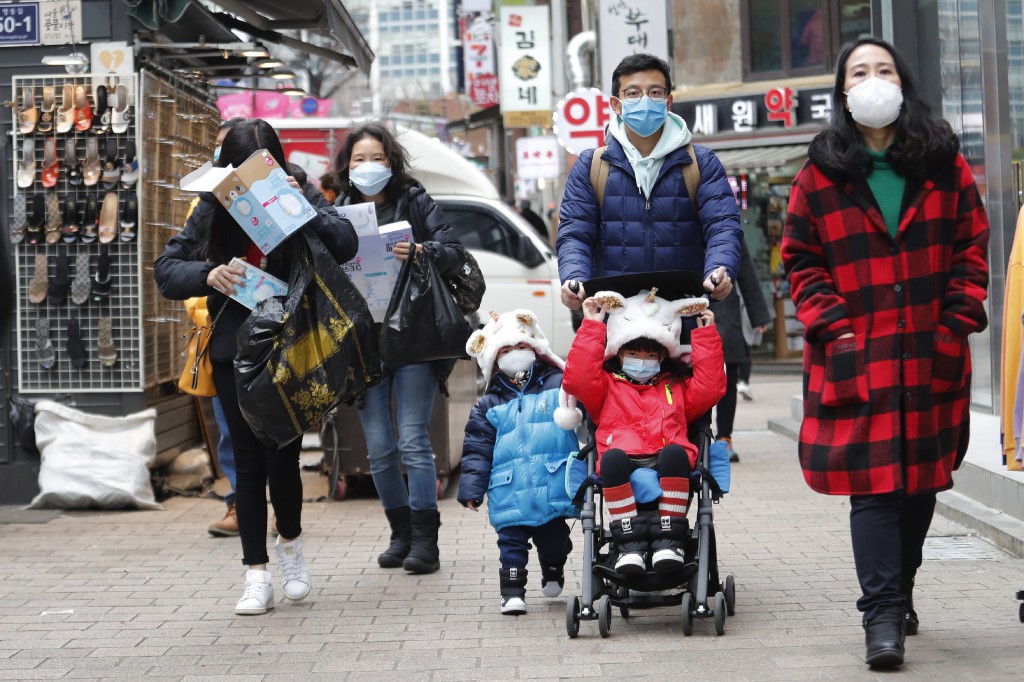 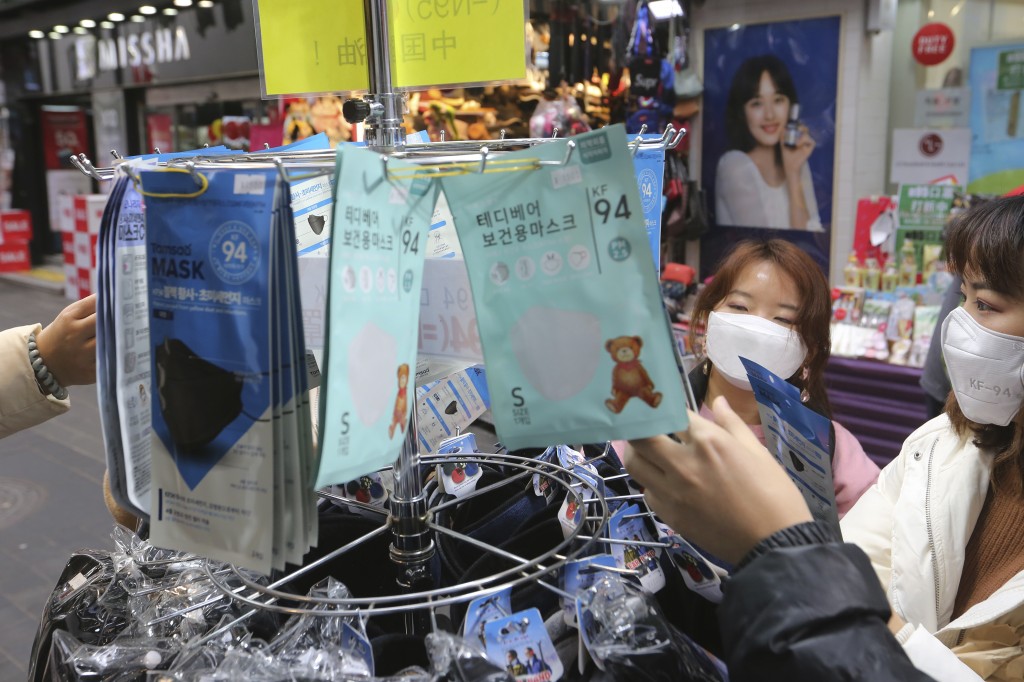 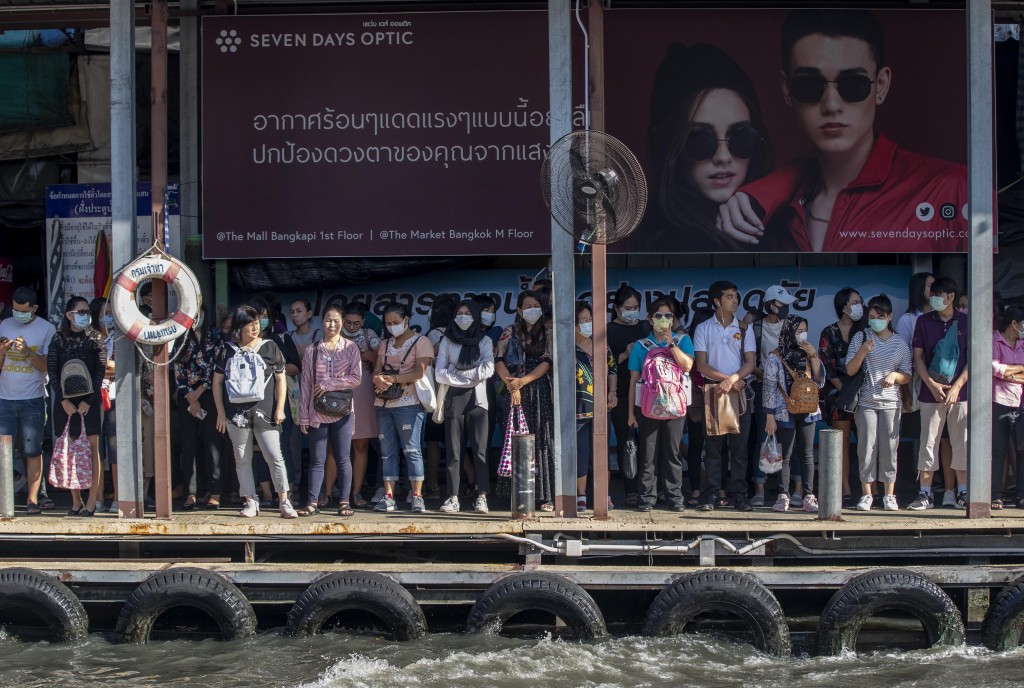 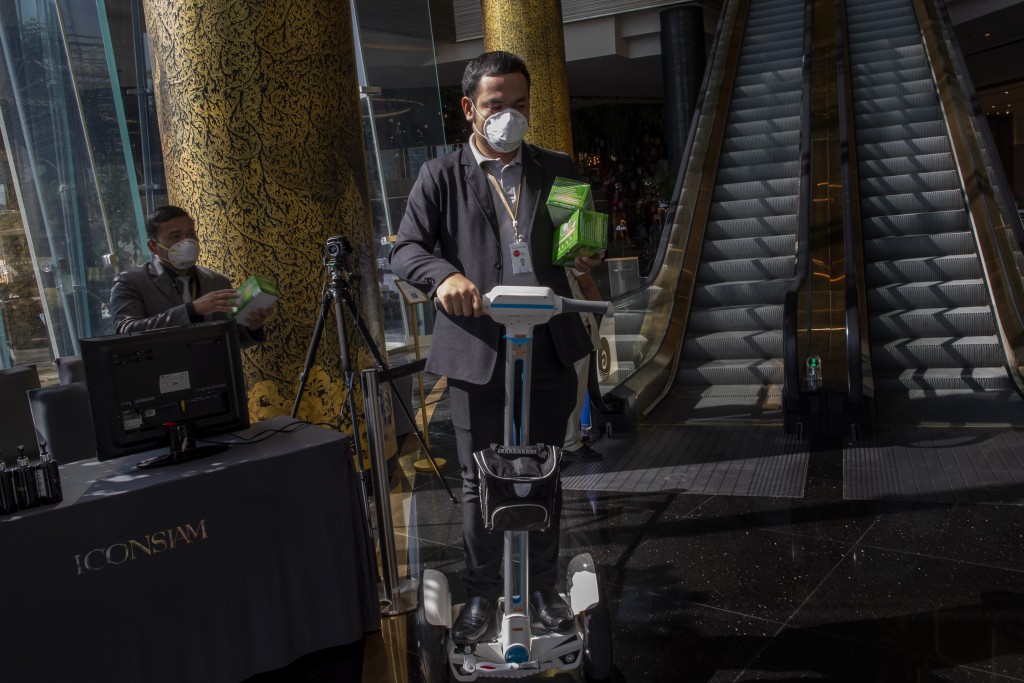 TOKYO (AP) — Panic and pollution drive the market for protective face masks, so business is booming in Asia, where fear of the virus from China is straining supplies and helping make mask-wearing the new normal.

Demand for face masks and hand sanitizing liquid has soared, as both local residents and visitors from China stock up on such products as a reassuring precaution.

Factories are rushing to boost production as the number of infections and deaths from the new virus first found in the central Chinese city of Wuhan climbs. In some parts of Asia, wearing of surgical masks has become mandatory, for now.

"Sales of disinfectant products and hygiene masks have been rising since last week. First Chinese tourists came to our store to buy these products to bring back with them. They bought in bulk, like two or three boxes per person," said Varumporn Krataitohg, an employee of the NanBhesaj drugstore in central Bangkok.

The outbreak began before the Chinese Lunar New Year, when tens of thousands of Chinese tourists visit Thailand, Japan and other parts of Asia. Demand has risen by 80% starting with this past weekend's Chinese New Year, said Varumporn.

"Now we are out of disinfectant gel for hands. The maker just sent just new lots this morning and by noon we were sold out," she said. "People keep coming and asking for these products."

Christine Yuuki, a 25-year-old tourist from Hefei, west of Nanjing, was shopping in Tokyo for masks for friends and family back in China.

"In China, masks are very expensive," she said, adding that one little pack of masks costs more than 100 yuan ($14). "They are cheaper here and easier to buy."

Iris Ohyama, a major maker of household goods and home appliances, said Monday its mask sales last week had tripled from week before. It has asked some workers at one of its two factories in China to cut short their 10-day Lunar New Year holiday and get back to work, it said.

Sales of soap, hand sanitizers and mouthwash more than doubled, said CU's parent company, BGF Retail. Overall, though, there were no immediate signs of major shortages in South Korea, which has reported four cases of the illness.

In Taiwan, likewise, the goverment said that there were enough masks and that current daily production capacity of 1.88 million face masks could be boosted to 2.44 million to meet any spike in demand.

Authorities have announced seven confirmed cases of the virus on the island, which nonetheless has imposed a month-long ban on exports of two types of surgical masks to ensure the availability of domestic supplies.

Everyday use of surgical masks, once mainly confined to Japan and parts of China affected by major dust storms or smog, has expanded in recent years, largely in response to worsening air pollution. In the Philippines, which so far has reported no cases of the virus, the recent eruptions of the Taal volcano have prompted many to wear masks to protect against ash.

Cambodia, which registered its first new virus case on Monday, launched a campaign to give away 1 million masks to people entering the country at Poipet, on its border with Thailand.

In Bangkok, consumers are faced with chosing between N95 masks, which are best for filtering out tiny dust particles in smog, or plain surgical masks that can help block transmission of the virus and are more breathable.

Thailand, a favorite Chinese vacation destination, has 14 confirmed cases of the illness, the highest national total outside China.

While some stores were temporarily sold out, especially in places frequented by Chinese tourists, there's no absolute shortage of masks, said Prayote Pensut, the deputy director general of the Thai Commerce Ministry's Internal Trade Department.

Whether or not masks do much to prevent the virus from spreading, they seem to reassure many.

Wuhan is “pretty much contained," said Ian Zhao, a 30-year-old engineer from Shenzhen who was visiting Bangkok's ornate Grand Palace. So, “you just don’t worry about it too much, wash your hands, put on masks, just keep your personal hygiene every day. And it’s mostly fine.”