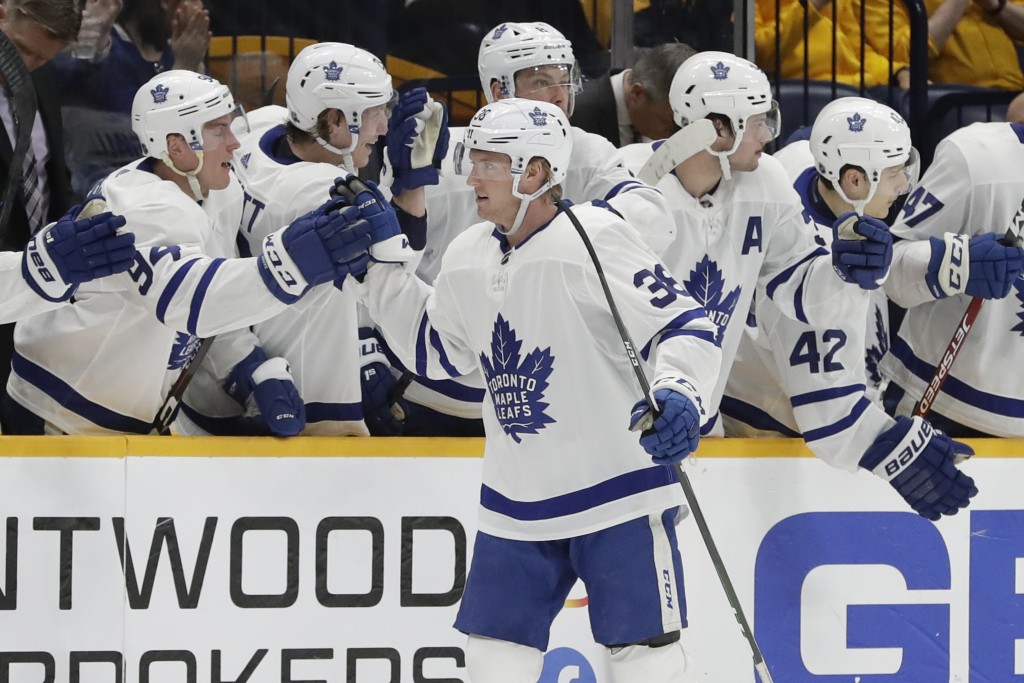 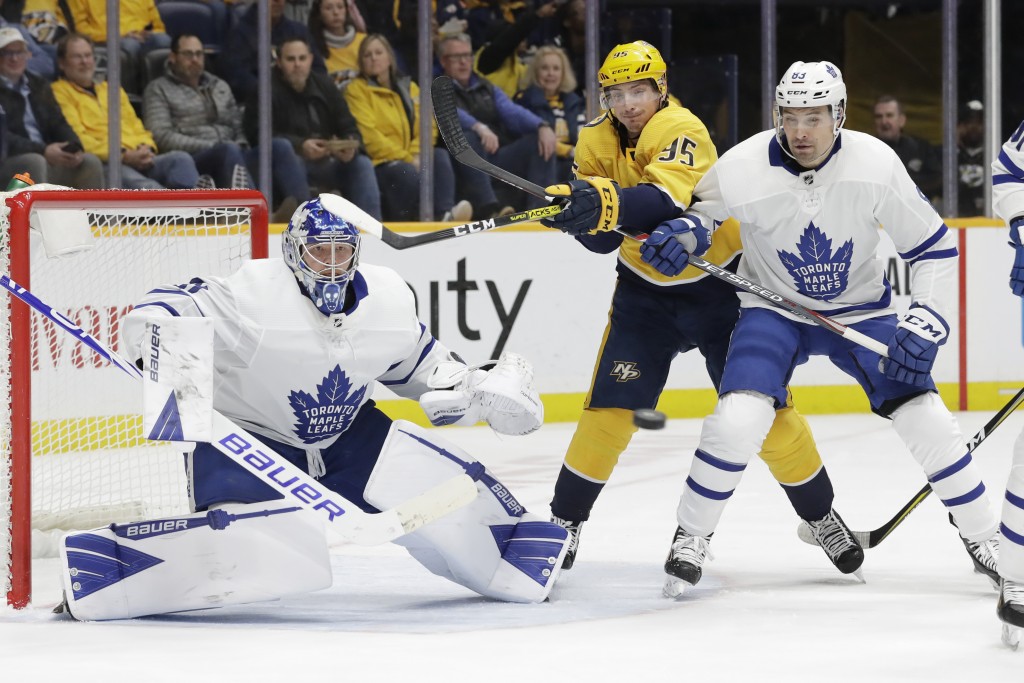 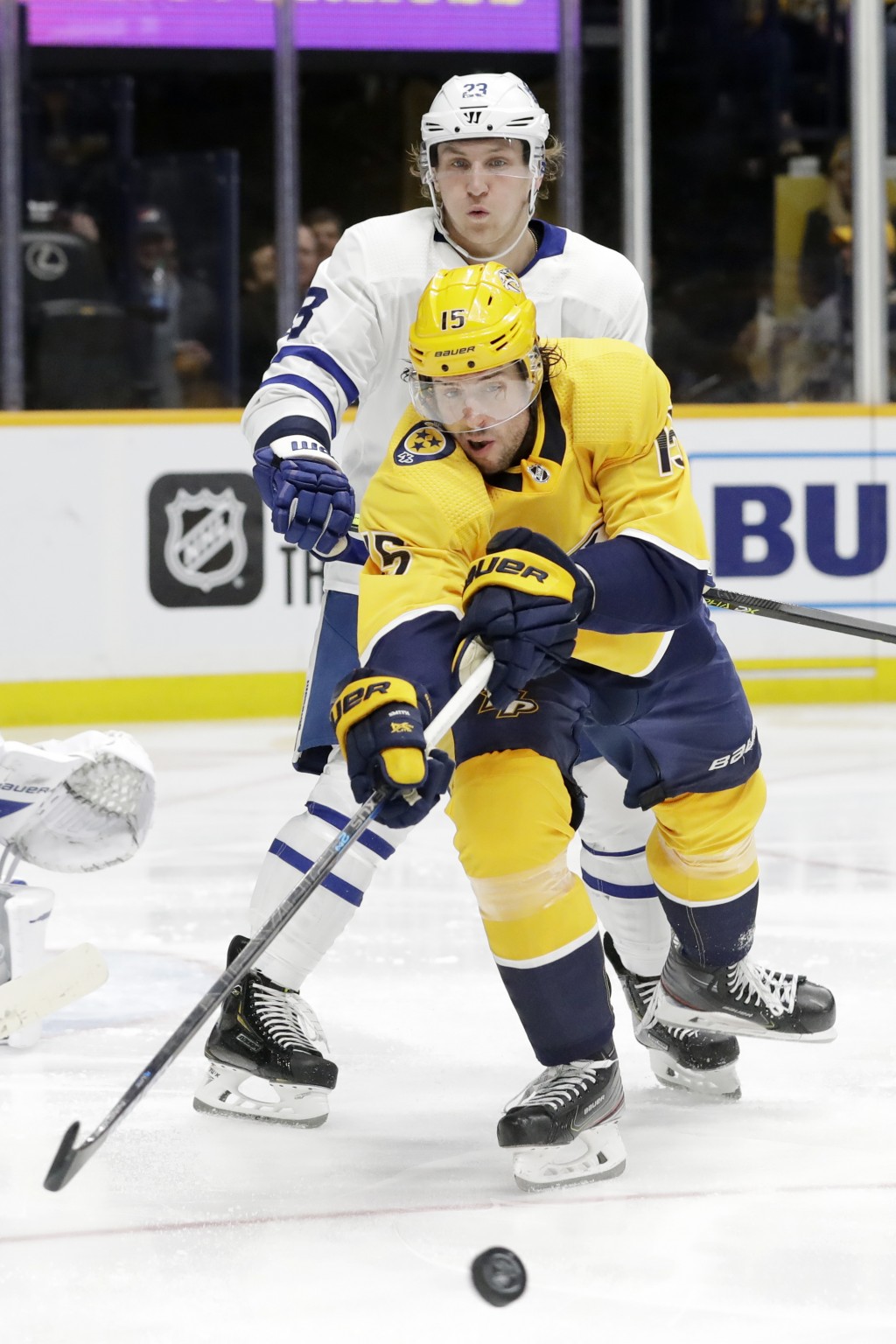 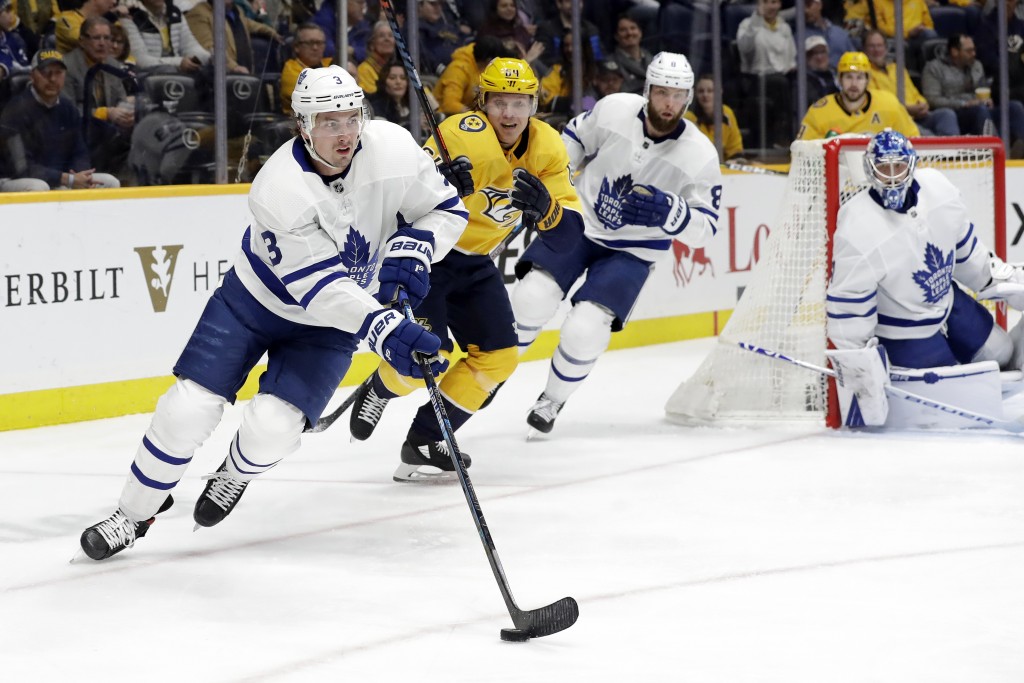 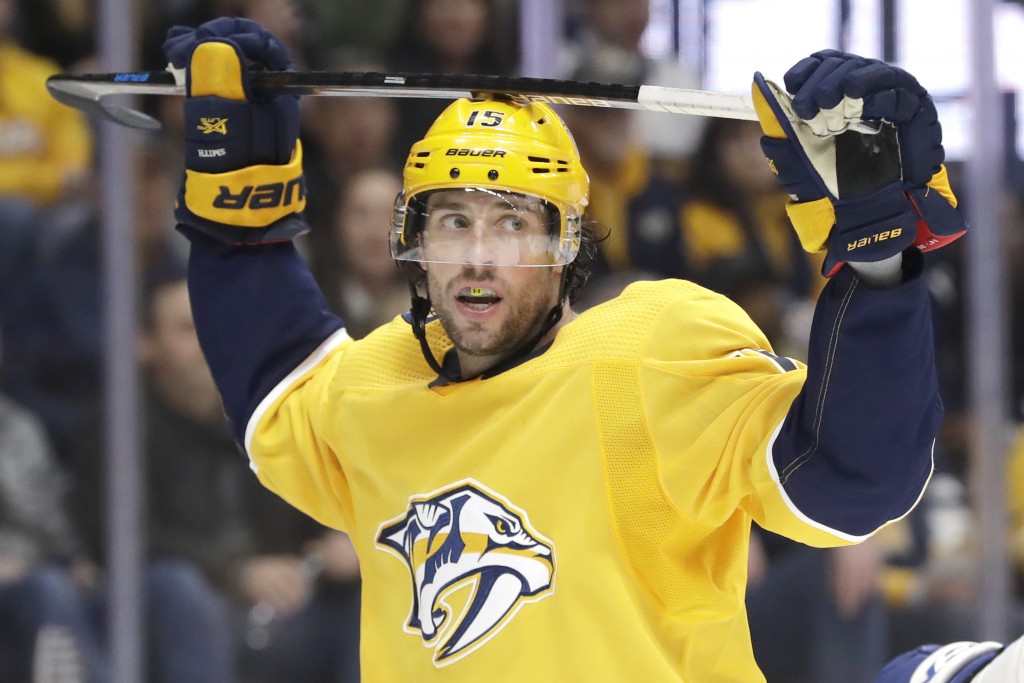 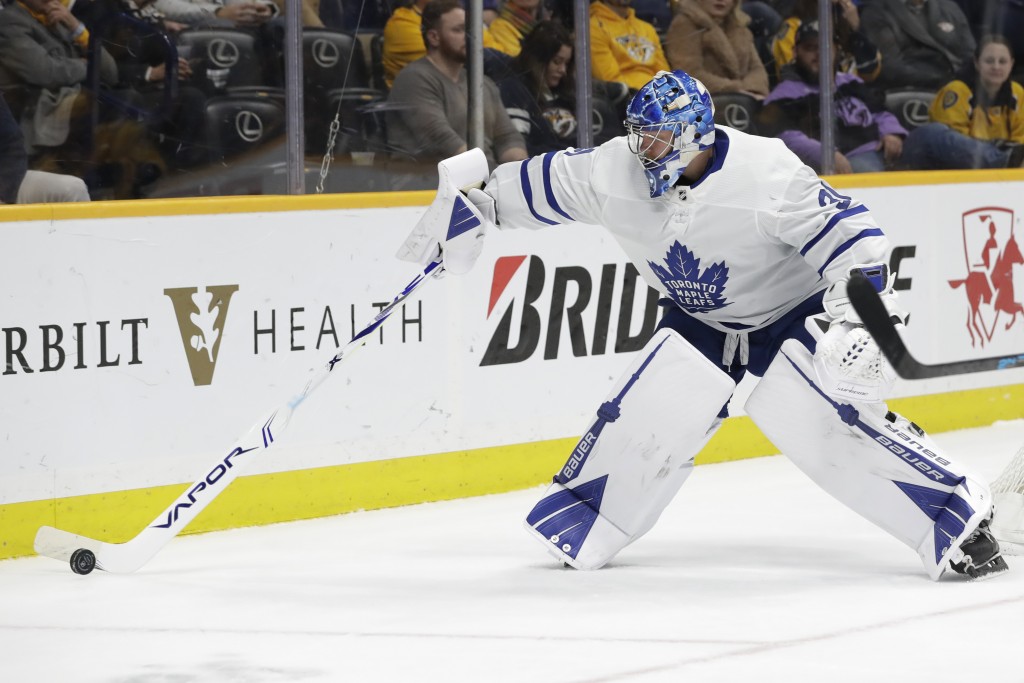 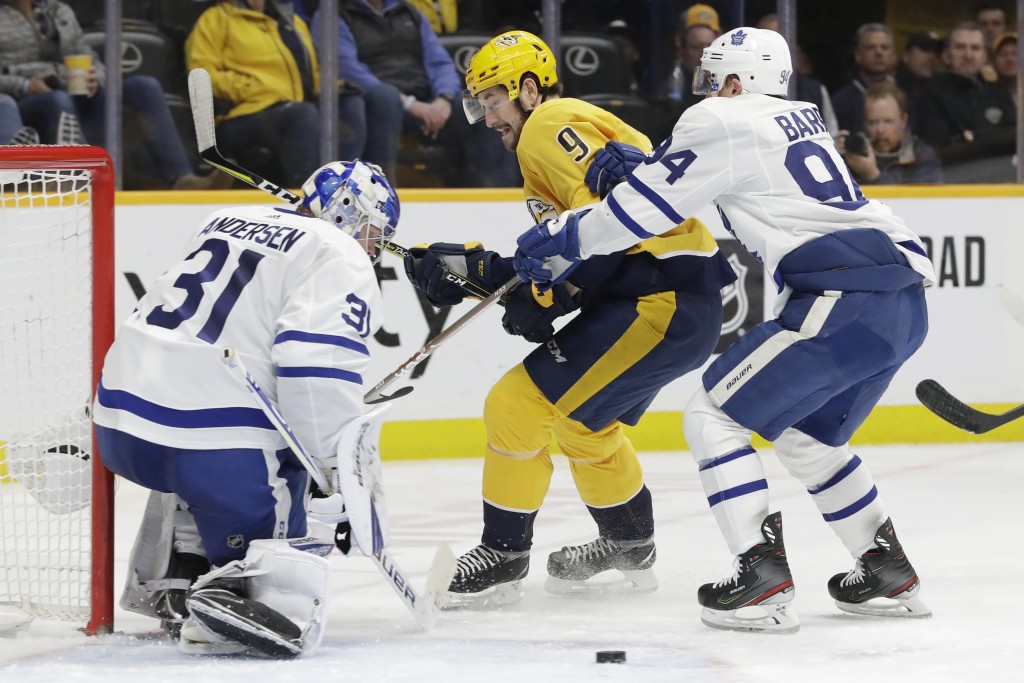 NASHVILLE, Tenn. (AP) — William Nylander, Zach Hyman and Rasmus Sandin each scored and had an assist to lead the Toronto Maple Leafs over the Nashville Predators 5-2 Monday night.

Jason Spezza and Auston Matthews also scored and Frederik Andersen made 34 saves for the Maple Leafs, who snapped a two-game losing streak.

Mikael Granlund and Viktor Arvidsson scored for Nashville, which has lost of three of four.

Both teams played their first game in more than a week after their bye week and the league’s All-Star break.

Nylander scored first at 4:13 of the opening period, giving him a goal in four straight games. From deep inside the Toronto zone, Sandin lofted a long pass to Nylander down the middle of the ice. Nylander corralled the puck just outside the blue line, skated in alone against goalie Pekka Rinne and beat him with a low wrist shot.

Granlund tied it 40 seconds later. Granlund began a breakout from the Nashville zone and sent a pass to Matt Duchene on the left side. Duchene sent a pass back to Granlund in the low slot, where he snapped one past Andersen on the short side.

Hyman made it 2-1 at 7:12 of the first when he tapped in a rebound of Mitch Marner’s shot from the right side.

Sandin’s first career goal gave the Maple Leafs a 3-1 lead at 4:41 of the second, and Spezza followed at 12:17 of the second with his seventh goal of the season.

Arvidsson scored on a rebound of Mattias Ekholm’s shot at 12:52 of the third to halve Toronto’s lead.

NOTES: Toronto RW Kasperi Kapanen left the game in the first period with an arm injury and did not return. ... Spezza has 31 points in 32 career games against Nashville. ... Granlund and Arvidsson both have goals in two of their last three games. ... The Predators have scored just one power-play goal in their last six games.