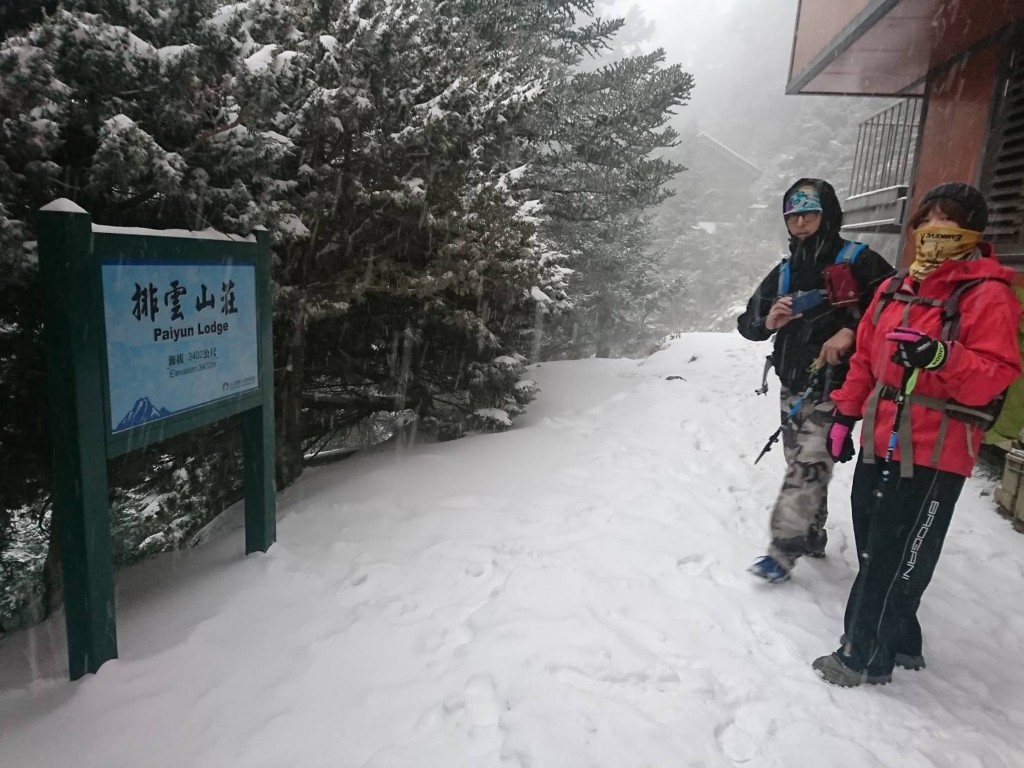 TAIPEI (Taiwan News) — Snow has fallen on Yushan (玉山), Xueshan (雪山) and Hehuanshan (合歡山) mountains, carpeting Taiwan's tallest peaks in up to 15 centimeters of wintry whiteness, according to the latest weather updates.

About 10 cm of snow was recorded on Yushan, while 15 cm fell on Hehuanshan, and there was a light dusting of snow on Xueshan. Heavy snowfalls were reported on Hehuanshan Tuesday (Jan. 28) morning, with gales reported by Meteo 365 and temperatures set to be -3 degrees Celsius on Thursday night.

The first cold snap of the year was accompanied by plenty of moisture being blown in from south China, the Central Weather Bureau (CWB) reported on Tuesday. Elsewhere in Taiwan, temperatures are expected to stay low over the next few days, ranging from 14-15 degrees Celsius in northern Taiwan, but a more moderate 16-21 C in other parts of the country. Dress up warm to combat the wintry weather. (CNA photo)

Nighttime temperatures will be distinctly chilly, with the mercury hovering around 11-14 C in the western parts of Taiwan, including Yilan in the northeast. Meanwhile, Hualien and Taitung in the east should see temperatures of about 15-16 C.

Warm weather clothing is advised, CWB said, while showers can be expected throughout the day in northern and eastern Taiwan. The outlook is for cloudy skies and rain in central and southern parts of the country. Around 10 cm of snow falls on northern slopes of Yushan. (CNA photo)

In addition, strong wind and waves can be expected near the port city of Keelung, in the north. This pattern is also likely in Tainan, eastern Taiwan, and the offshore islands of Penghu, Kinmen and Matsu, according to CWB.