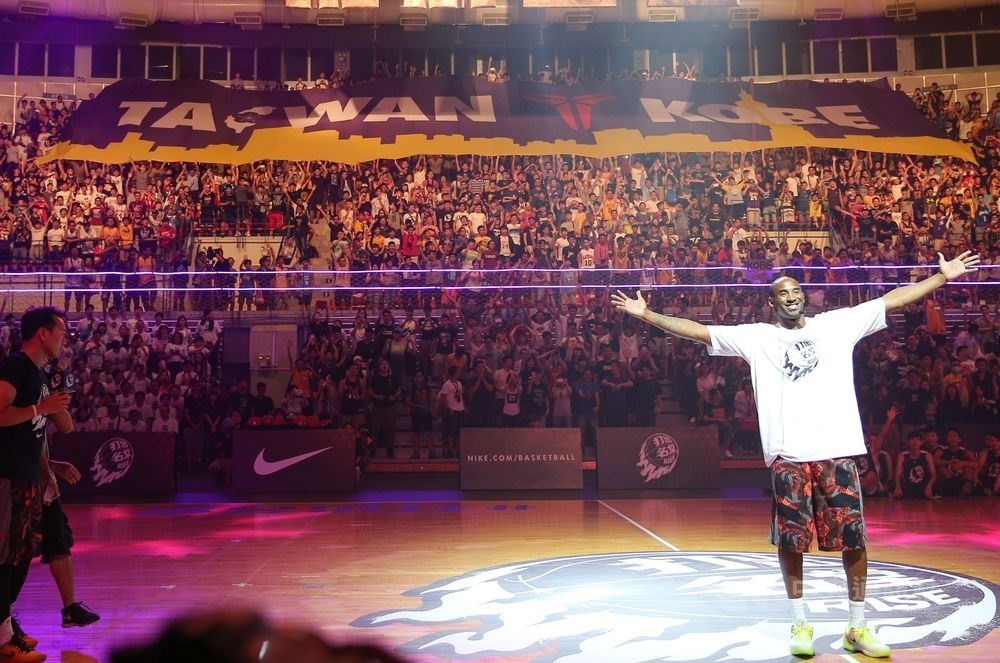 President Tsai Ing-wen (蔡英文) said NBA superstar Kobe Bryant was an inspiration to Taiwanese basketball players and expressed her condolences over his passing in a helicopter crash in the United States on Sunday.

Considered one of the greatest basketball players in history, 41-year-old Bryant and his 13-year-old daughter Gianna were part of a group of nine people who perished when the helicopter they were in crashed over Calabasas, California about 30 miles northwest of downtown Los Angeles.

Tsai said on American microblogging and social networking service Twitter that her thoughts go out to the Bryant family and the families of all those who lost loved ones.

"Kobe inspired a generation of young Taiwanese basketball players & his legacy will live on through those who loved him," Tsai said.

The former Los Angeles Lakers shooting guard made his fifth visit to Taiwan in June 2016 when he was an instructor at a training camp for young basketball players.