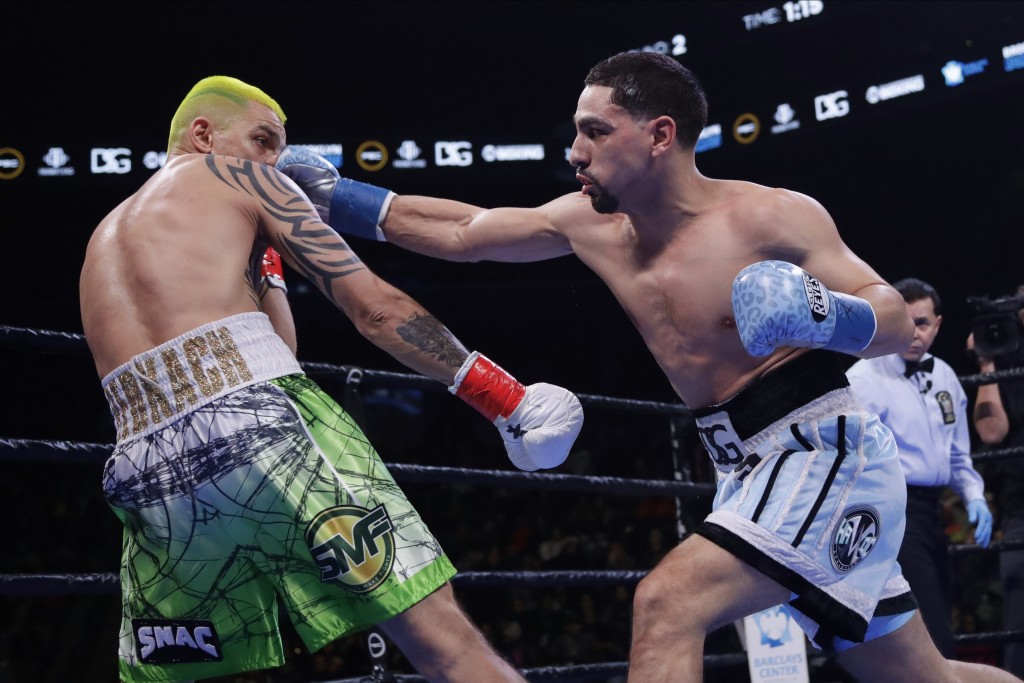 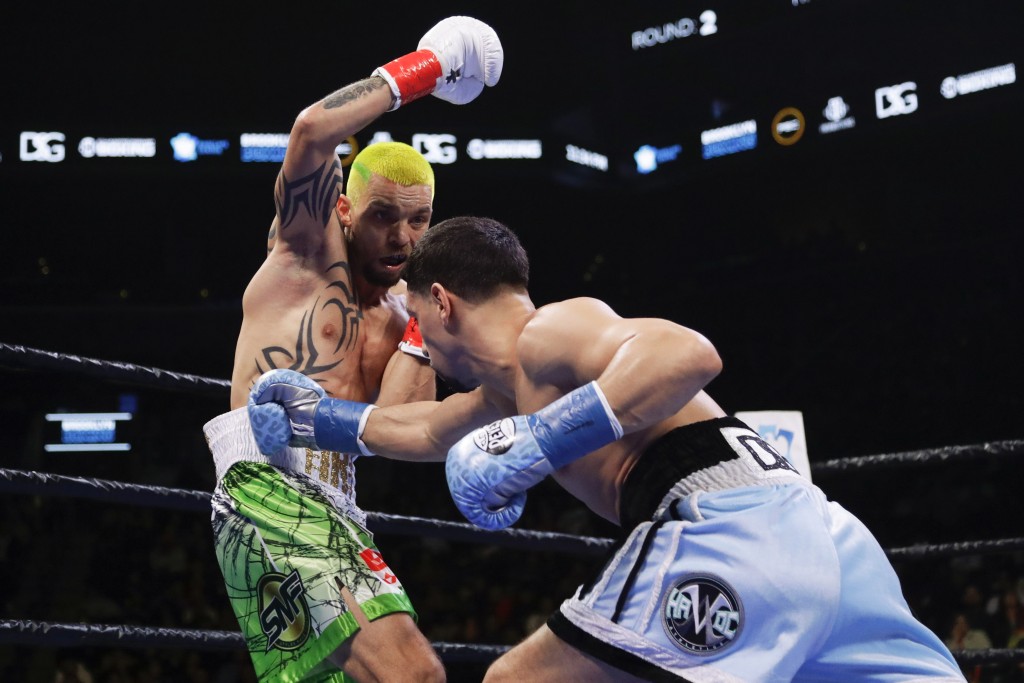 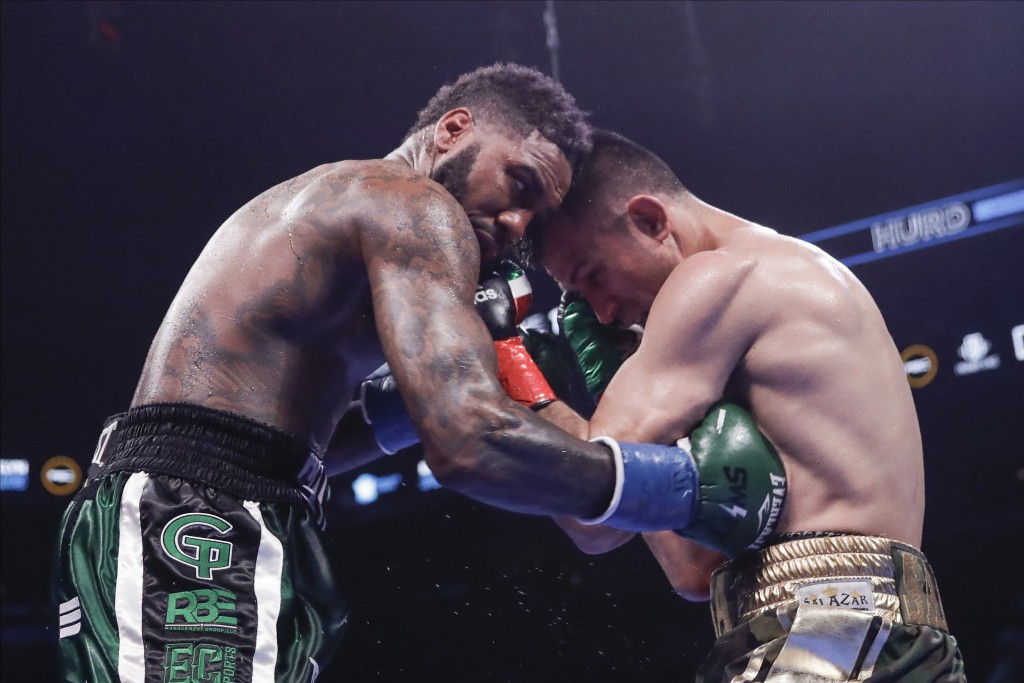 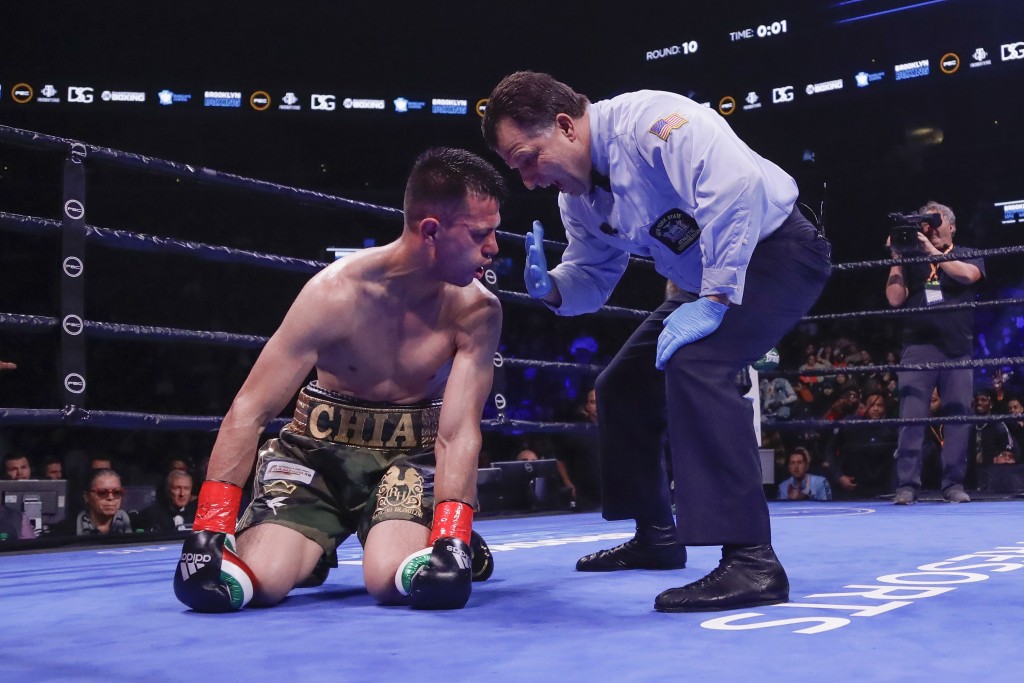 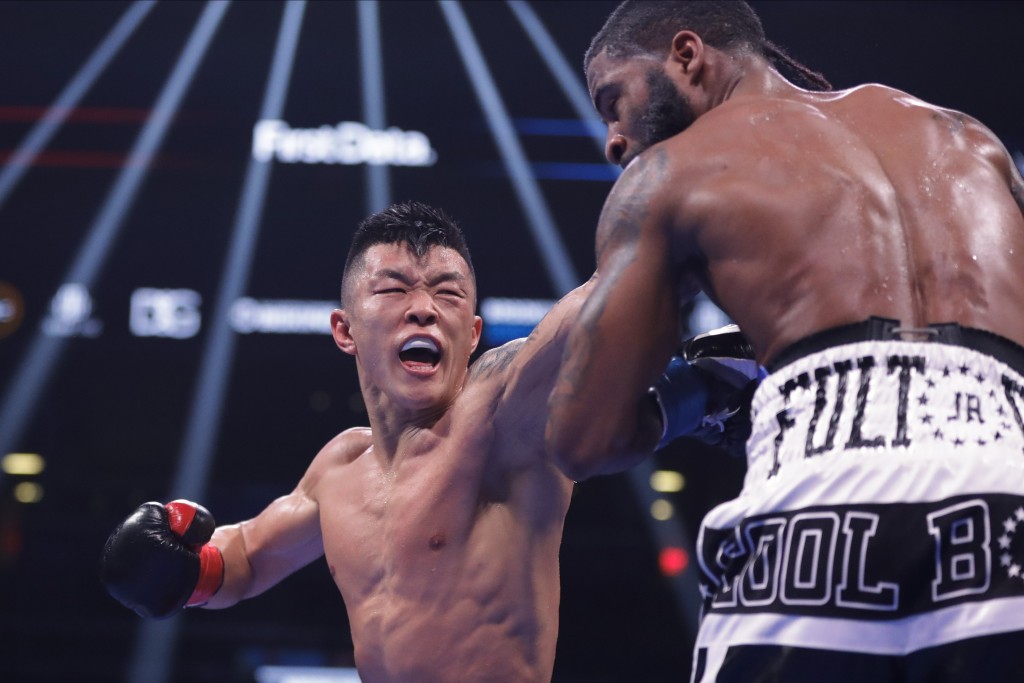 NEW YORK (AP) — Danny Garcia overcame a bite on his left shoulder and earned a 12-round unanimous decision over Ivan Redkach on Saturday night.

Garcia improved to 36-2 with his second straight win. He last fought on April 20, 2019, when he knocked out Adrian Grandos.

Garcia started quick as he moved Redkach (23-5-1) around the ring and waited for openings in the first three rounds at Barclays Center. When they presented themselves, he landed jabs. Garcia’s work in the early rounds began to show in the fourth as he connected with heavy punches.

Garcia’s pressure and power forced Redkach into fighting a defensive style. Redkach spent much of the fight backing up or against the ropes and Garcia took full advantage. He opened a cut over Redkach’s right eye with a hook in the seventh, then staggered the Ukranian with a shot in the eighth.

Having been methodically picked apart, a frustrated Redkach was reduced to biting Garcia on his shoulder during a clinch in the eighth.

The Garcia-Redkach fight was the main event and billed as a WBC Silver World Welterweight Title Eliminator. In its aftermath the question which assuredly will be asked of Garcia is: Who’s next?

Manny Pacquiao, Errol Spence Jr., Terence Crawford, and Shawn Porter were mentioned to Garcia during a press conference Thursday. And for his part, Garcia said he was open to fights against any of the four, specifically mentioning Pacquiao and Spence, whose car wreck on Oct. 10 in Dallas in which he crashed his Ferrari and was subsequently charged with a DWI postponed a potential bout against the Philadelphia native.

“Manny’s been saying he wants to fight me for the last two years. It hasn’t happened,” Garcia said during Thursday’s press conference. “Manny Pacquiao, Errol Spence or anybody who wants to fight me, I’m here. Let’s get it on.”

Garcia was not the only fighter who had something to gain with a win on a card that, in essence, would allow promoters to make fights for the remainder of the year. But what was supposed to be a showcase for the boxers ended up being a study in risk management, starting with a unanimous decision by Jarrett Hurd over Francisco Santana (25-9-1) in the semi-main event. Outside of the fifth round, in which both fighters exchanged heavy punches, and the 10th where Hurd dropped Santana to the canvas with an uppercut, the fight was a plodding affair to the dismay of those in attendance.

"We came out here and did what we wanted to do. The crowd didn't love it, but you've got to understand, I got the unanimous decision and I did what I wanted to do,” Hurd said. “There was definitely no frustration. We didn’t want to go toe to toe and we didn’t want to make this a risky fight.”

The fight was a display of divergent styles as Fulton used movement to create openings to allow him to land jabs from all angles, while Khegai’s plan was to work inside, including implementing the repeated use of clinches.

"I knew he was a rough and tumble customer, so I just had to keep my composure,” Fulton said. "That's what I do. I use my jab. I tried to utilize the jab all night and win the fight behind the jab.”

Lorenzo Simpson (7-0) earned a unanimous decision over Antonio Hernandez (2-11-1), and Keeshawn Williams (7-0-1) did the same against Gaku Takahashi (16-11-1). Steven Torres improved to 2-0 with a TKO of Dakota Witkopf 1:28 into the second round in undercard fights.