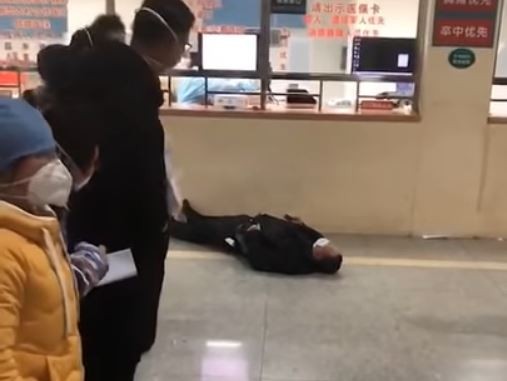 TAIPEI (Taiwan News) — As the outbreak of the 2019 novel coronavirus (2019-nCoV) continues to plague Wuhan, China, the whole city is falling into chaos and panic because of insufficient medical resources and daily necessities.

Facing a surging number of patients, hospitals in Wuhan are struggling to deal with the overwhelming demand. Patients with fevers are fainting in hospitals after hours spent in queues, while others with serious symptoms are being asked to go home because there are no more hospital beds, reports The Epoch Times.

"It is now difficult just to receive a confirmed diagnosis from doctors because hospitals are so crammed with people," a Wuhan citizen shares in a video. "The emergency calls do not work at all, and the long waiting in the hospitals is definitely accelerating the infection rate."

According to him, the majority of citizens in Wuhan were not even wearing facial masks in public before the central government announced the city's lockdown on Jan. 23 in order to prevent the further spread of the epidemic.

The ongoing disaster is also reflected in the despair of the medical staff. One video shows a local physician having a mental breakdown on a phone call, crying out over the long shifts and the official inaction.

Messages released by a nurse in Wuhan Union Hospital indicate medical staff are not allowed to resign or leave the city. Additionally, infected medical personnel are typically diagnosed as only suspected cases and then sent back home, as hospitals would have to grant free treatment if they were confirmed, which is by and large an impossibility at this time.

Hospitals across Wuhan have begun asking for medical resource donations, such as facial masks and sanitizers, both sold out since the lockdown. Inflation is also occurring in this city where citizens are emptying supermarkets and rushing to fill up cars with groceries and medical goods despite the skyrocketing prices, according to The Epoch Times.