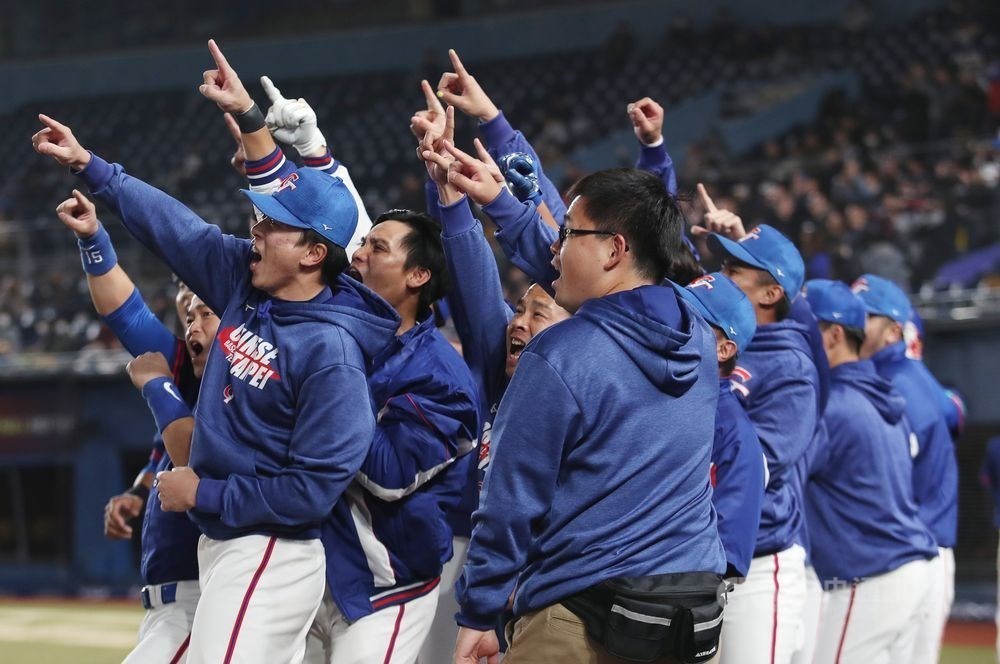 The Taiwan men's baseball retained its No. 4 world ranking in 2019 after national squads won three world titles, according to the latest rankings released by the World Baseball Softball Confederation (WBSC) on Jan. 16.

Taiwan, competing under the name Chinese Taipei, currently has 4,352 ranking points, a significant increase from 3,569 a year ago, according to the rankings released by the world governing body for the sports of baseball and softball.

Chinese Taipei also finished second at the U-15 Asian baseball championship and took fifth place at the flagship Premier 12 in November.

Meanwhile, Japan remains the top-ranked baseball country in the world thanks to a first-place finish at Premier 12, following by the United States (2nd) and South Korea (3rd), while Mexico (5th), Australia (6th) and Netherlands (7th) all advanced one spot, as Cuba (8th) fell three places.

In addition, 10 new national teams, including seven from Africa, entered the latest world rankings, which has been expanded to include a record-high 85 nations and territories across the globe as part of the WSBC's ongoing efforts to promote baseball around the world.

The WBSC Baseball World Rankings measures the performance of national teams - from U-12 to professional level- in WBSC-sanctioned international competitions over a four-year period(2016-2019).

Meanwhile, in the women's world ranking which was released the same day, Taiwan maintained its No. 3 world ranking in 2019, after Japan and Canada.