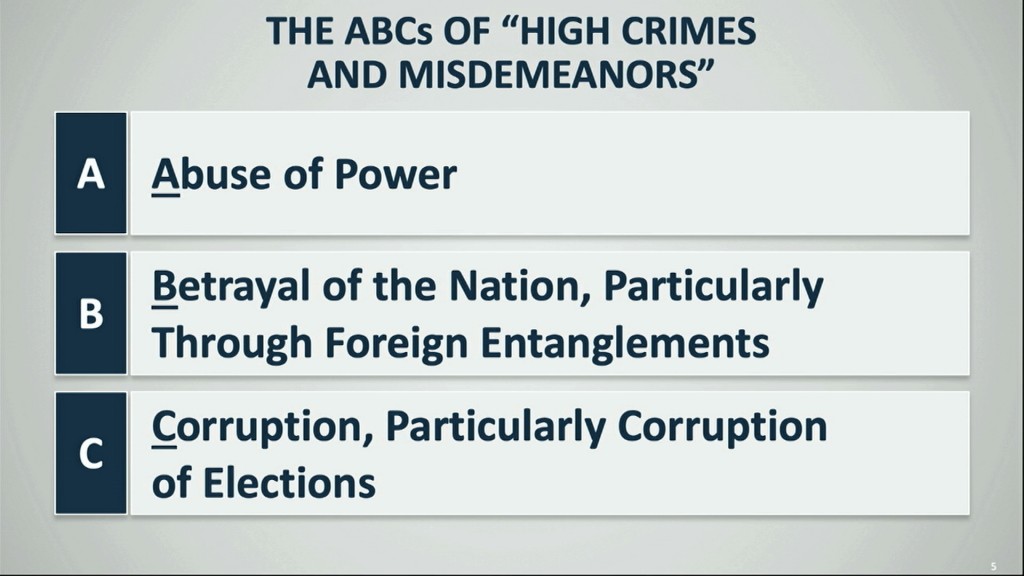 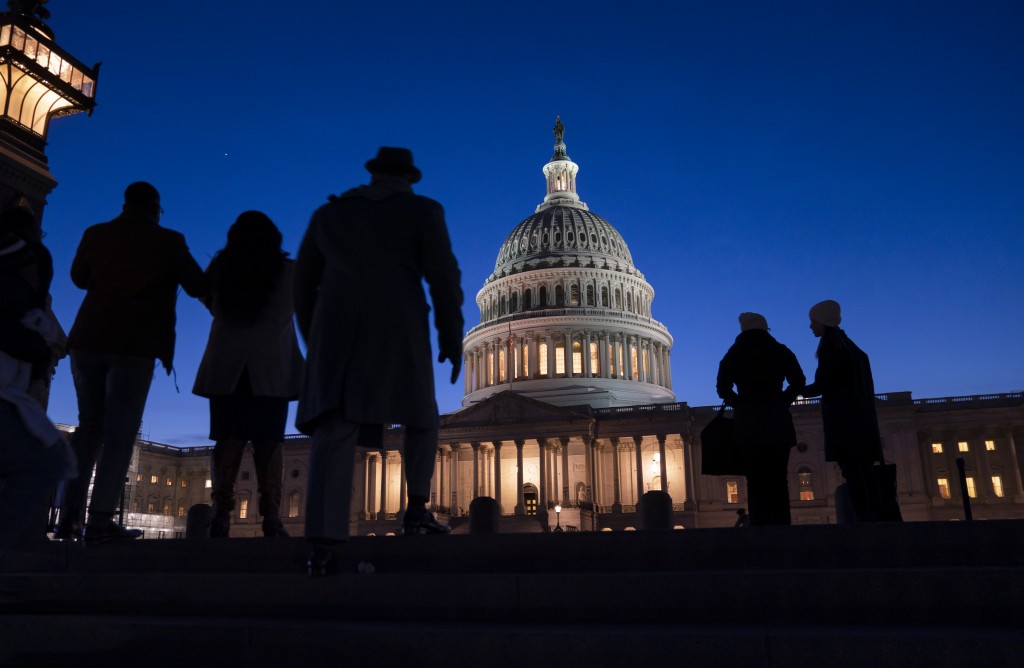 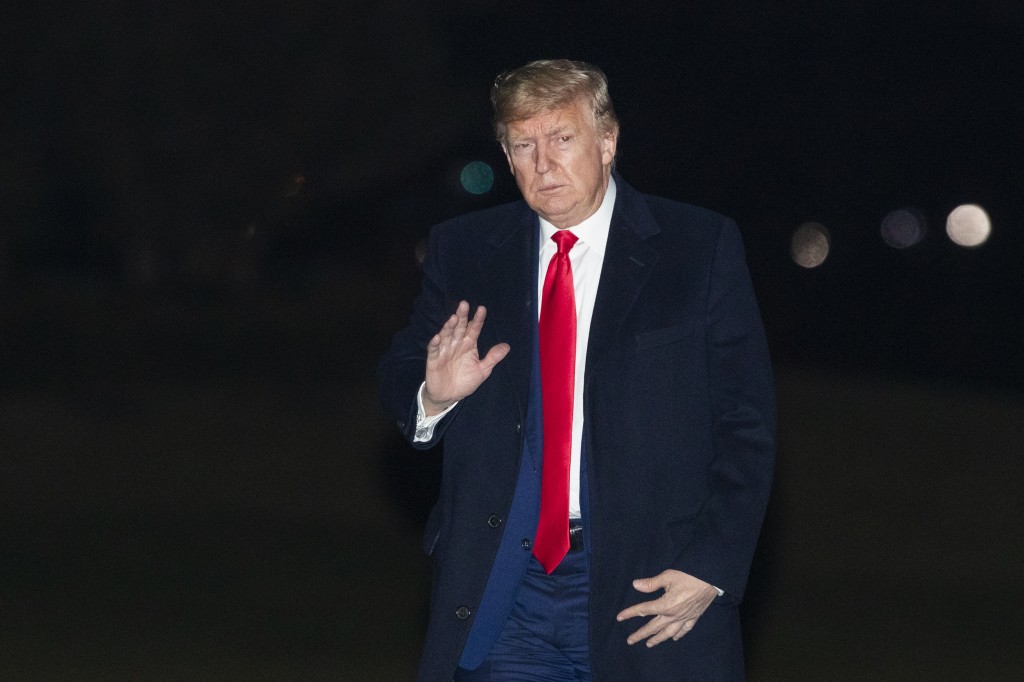 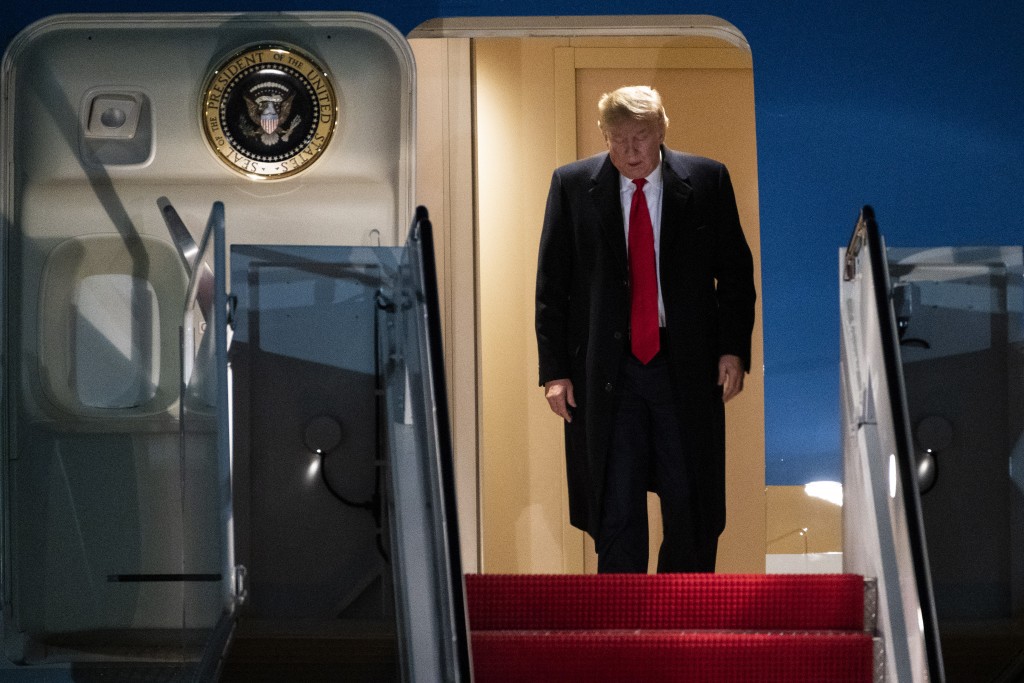 WASHINGTON (AP) — Donald Trump has always been a man of absolutes.

Something is the best or the worst, a person is a winner or a total loser, an event has never happened before, even when it has.

Absolutism was the unwritten credo of his career in business and is the guiding light of his presidency as he makes an assertion rarely heard from an American president: that he can do as he pleases.

Now that approach faces its ultimate test as a foundation of Trump's defense in his impeachment trial, namely that he is cloaked with unrestrained authority. How that question is answered, both by the Senate in the impeachment trial and by voters in November, will define how Americans view the concept of presidential power.

Trump’s position reaches well beyond the charges of abuse of power and obstruction of justice made in the articles of impeachment the Senate is now considering. The views were outlined in papers by his legal team and are expected in arguments in the trial as soon as Saturday.

“I have the right to do whatever I want as president,” Trump declared last year, citing Article II of the Constitution. “It gives me all of these rights at a level nobody has ever seen before.”

Not since Richard Nixon told the interviewer David Frost, “When a president does it, it means it's not illegal,” has a president come close to making an assertion of power as sweeping as Trump's.

House Democrats prosecuting the impeachment case charge that Trump abused his office by asking Ukraine to investigate political rival Joe Biden while withholding crucial military aid, and obstructed Congress by refusing to turn over documents or allow officials to testify. Republicans defend Trump’s actions as appropriate and cast the process as an effort to weaken the president in the midst of his reelection campaign.

In their trial memo, Trump's attorneys contend that the obstruction charge is not valid because he was asserting his legal right and immunity granted to him by his position, adding that to question that would cause “grave damage" to the separation of powers.

“President Trump has not in any way ‘abused the powers of the Presidency,’" they argued. "At all times, the president has faithfully and effectively executed the duties of his office on behalf of the American people.”

And his lawyers have said his election gives him the right to refuse subpoenas given to his cabinet and staff, to decline to hand over documents to investigators, and to shut down certain witnesses.

“In order to fulfill his duties to the American people, the Constitution, the Executive Branch, and all future occupants of the Office of the Presidency, President Trump and his Administration cannot participate in your partisan and unconstitutional inquiry under these circumstances," White House Counsel Pat Cipollone wrote to House Speaker Nancy Pelosi.

Rep. Adam Schiff, the lead impeachment manager, has urged senators to remember the Constitution's framers sought to prevent a chief executive from wielding power as if it “was conferred upon him by divine right.”

The American Revolution was fought so that “no person, including and especially the president, would be above the law," Schiff told the Senate on Wednesday. "Nothing could be more dangerous to a democracy than a commander in chief who believed that he could operate with impunity, free from accountability.”

That is not a view Trump shares. He has declared that he has an "absolute right” to wield executive authority at least 29 times since his election, according to an Associated Press review of his comments in Factba.se, which compiles and analyzes data on Trump’s presidency.

That included when he shut down the government over a border wall battle, threatened to close the U.S.-Mexico border, fired Ambassador Marie Yovanovitch, asked other countries to investigate corruption, shared classified intelligence with Russia and said he could pardon himself.

“Trump's usage is, I think, novel — without precedent — in U.S. history of presidential rhetoric,” John Wooley, co-director of the The American Presidency Project at the University of California-Santa Barbara, said in an email.

During his impeachment trial President Bill Clinton didn't assert executive privilege nearly as much — he gave his DNA, handed over documents and allowed staff to participate. Republicans who controlled the House impeached him on the charges of obstructing justice and lying to a grand jury in connection with his affair with White House intern Monica Lewinsky. His defense was structured on inconsistencies in the perjury allegations and claims that the investigation had been tainted by political bias.

The Senate, which had a Republican majority, acquitted him.

“In essence, there was more evidence of a crime, perjury, but it was not serious enough to show he should be removed from office,” said Bill McCollum, a former Florida congressman who was the impeachment manager during the Clinton trial. “We are just looking at a very different scenario here.”

Many presidents have sought to strengthen their hands against Congress and the judiciary, despite George Washington's warning, in his farewell address, against seeking “security and repose in the absolute power of an individual” leader.

Andrew Jackson — whose portrait hangs in Trump's Oval Office — asserted in response to Senate censure that it was “settled by the Constitution, the laws, and the whole practice of the Government that the entire executive power is vested in the President of the United States.” His critics widely caricatured him as “King Andrew.”

“Most of the modern presidents have tended to take a pretty expansive view of the meaning of Commander in Chief powers,” Wooley said.

Franklin D. Roosevelt holds the record for issuing executive orders — more than 3,000 of them, an average of 307 per year — as he led the nation out of the Great Depression and through World War II. By comparison, Trump has issued 136, or 47 per year, which is more frequent than any president since Ronald Reagan, whose average was 48, the American Presidency Project database shows.

But no other president to appears to have declared that he was personally invested with such unlimited powers, according to database searches of The American Presidency Project and the University of Virginia's Presidential Recordings Program, which also includes transcripts of the secretly recorded conversations of John F. Kennedy, Lyndon B. Johnson and Richard Nixon.

And while White House recordings show Lyndon B. Johnson asserting his war powers authority to send U.S. troops to Vietnam, “it is not Trumpian — it's not a claim of, ‘I have the absolute right, the absolute authority,'" said Marc Selverstone, who chairs the Presidential Recordings Program. Johnson was "not making the kinds of claims President Trump is making,” Selverstone said.

Trump has also claimed absolute immunity from criminal investigations — he asserted it in his efforts to keep his tax returns from being revealed in court.

Trump has also said he could not be sued by a former contestant on “The Apprentice," who accused of him of defamation. In those cases, his New York attorneys claimed he could not be charged with a crime.

Trump's lawyers are also asserting there must be a crime for him to be impeached. But legal scholars say the Constitution’s standard of “high crimes and misdemeanors” for impeachment is vague and open-ended to encompass abuses of power even if they aren’t, strictly speaking, illegal.

Each side got 24 hours over three days to present their case. After the House prosecutors finished Friday, the president's lawyers will follow Saturday. They are expected to take only Sunday off and push into next week.