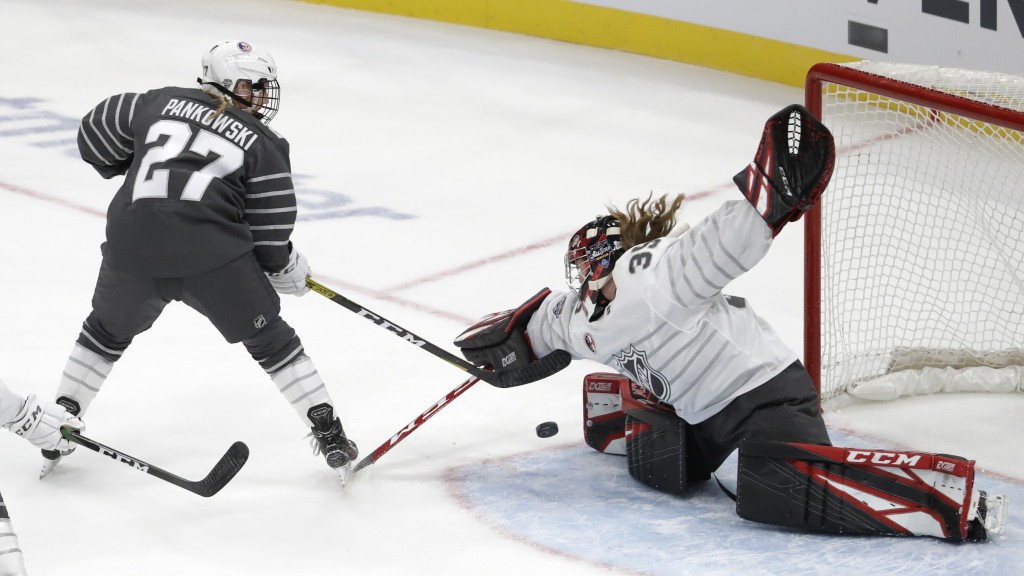 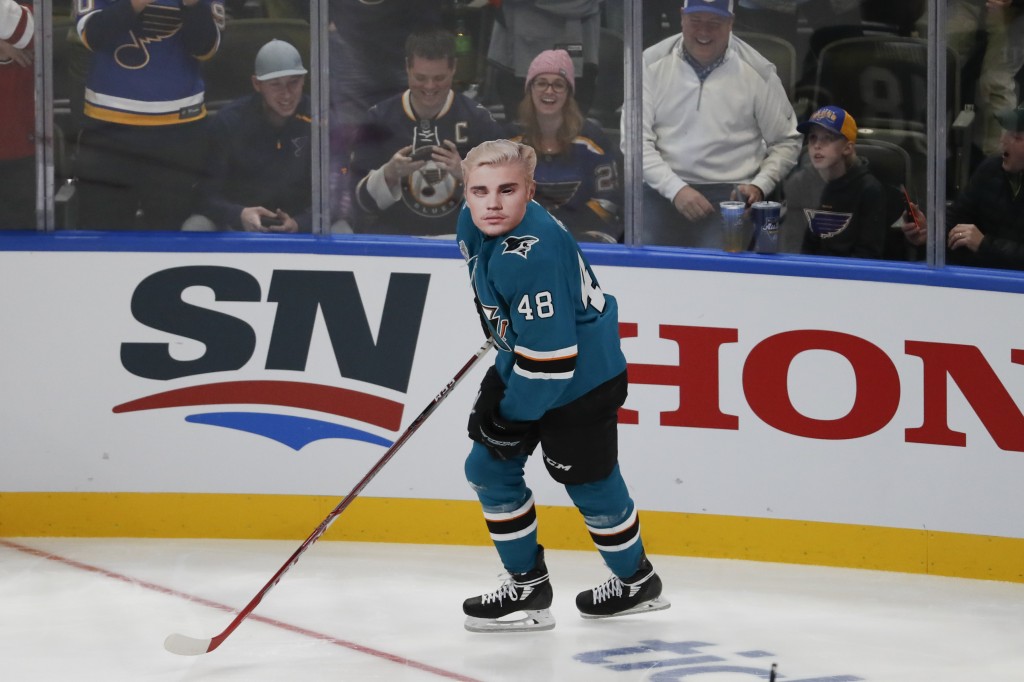 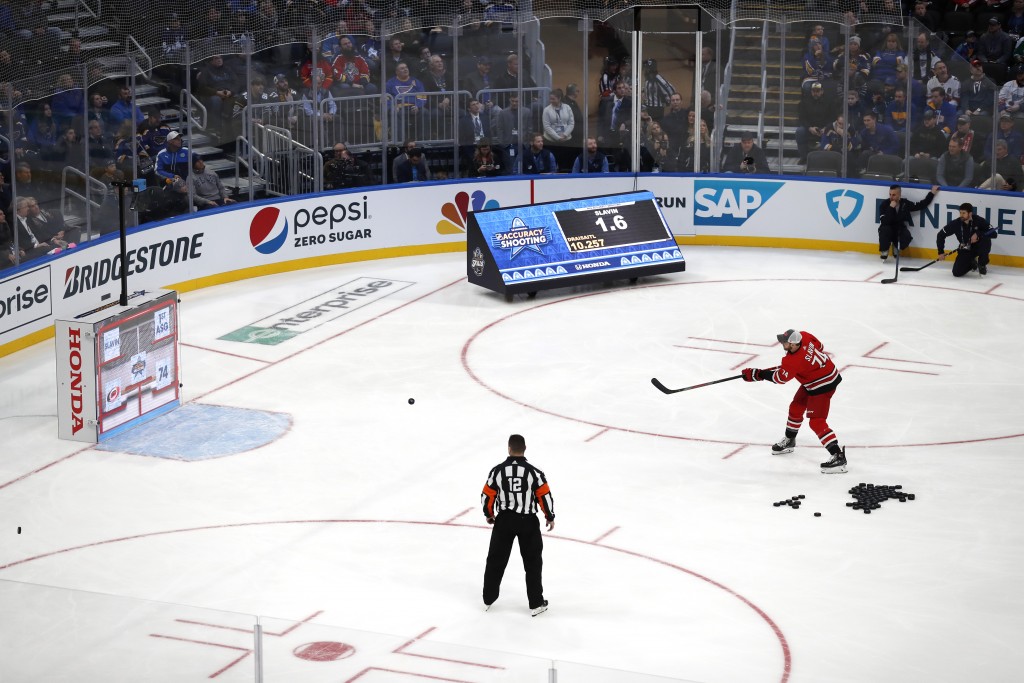 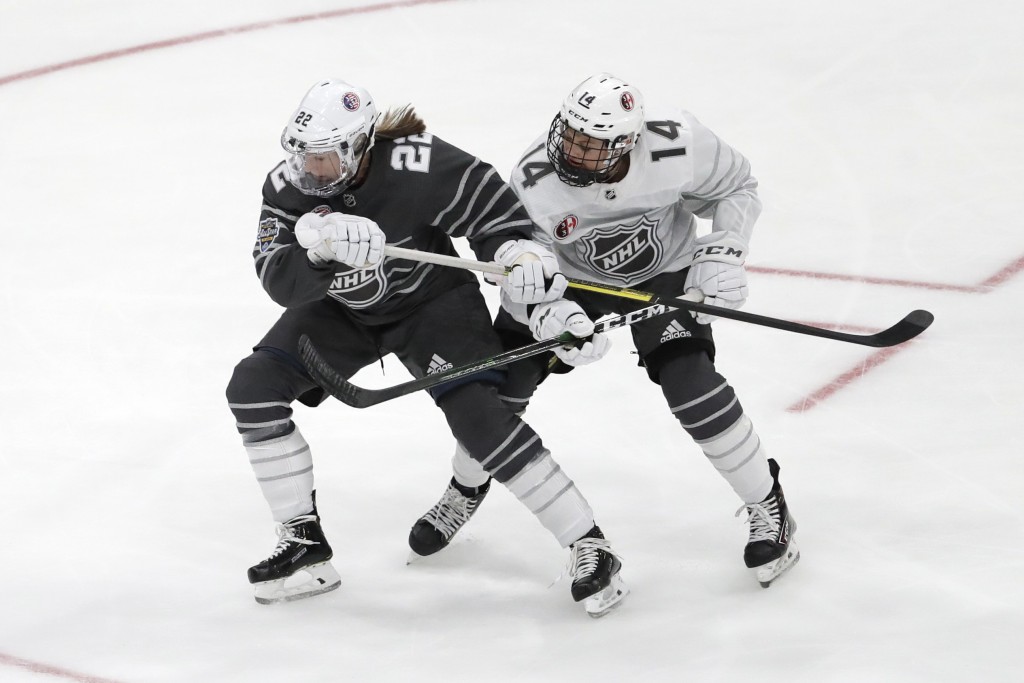 ST. LOUIS (AP) — Shooting pucks from the stands and some of the best women's hockey players in the world going back and forth in a 3-on-3 game stole the show at the NHL All-Star Skills Competition.

The two new events spiced up the skills competition by showcasing the kind of offensive skill that has become the norm in the sport.

Eight NHL All-Stars and women's players Hilary Knight and Marie-Philip Poulin from a platform behind one of the nets took aim at targets on the ice in a mix of hockey and Top Golf. A subject of booing from Blues fans all night, Chicago Blackhawks winger Patrick Kane beat Toronto's Mitch Marner and St. Louis' Ryan O'Reilly to win the “shooting stars” event.

Canada beat the U.S. 2-1 in the first women's 3-on-3 game at NHL All-Star Weekend. Canada's Rebecca Johnston and Melodie Daoust silenced “U-S-A! U-S-A!" chants with a goal apiece, and Ann Renee Desbiens was the biggest star with 18 saves.

The sellout crowd of 18,069 was engaged for all 20 minutes of the exhibition, which was full of breakaways and terrific goaltending. Commissioner Gary Bettman said earlier in the day the NHL would see how it goes about having a women's element at every All-Star Weekend, but the 3-on-3 game was enough of a smash hit to warrant running it back next year.

“Thanks to the NHL for doing this for women's hockey,” Knight said.

In the first event of the night, New York Islanders forward Mathew Barzal ended Connor McDavid's three-year reign as winner of the fastest skater competition. At 13.175 seconds, Barzal finished four-hundredths of a second ahead of McDavid and narrowly missed breaking the record set by Dylan Larkin in 2016.

“He flies," McDavid said. “He skates like the wind.”

Hometown hero Jordan Binnington made another memory in the save streak event among all eight goaltenders. The St. Louis Blues' Stanley Cup winning goalie stopped 10 shots in a row to win it and in true Binnington fashion said afterward he “expected more.”

He probably didn't expect what was coming from Tomas Hertl. The San Jose Sharks forward donned a Justin Bieber mask for his attempt — which Binnington stopped — weeks after Binnington challenged the Canadian singer to a breakaway competition.

Given how locked in Binnington was, he probably would've stopped the

Carolina Hurricanes defenseman Jaccob Slavin won the accuracy shooting competition with a time of 9.505 seconds that set a new record since the league went to five targets in 2012. Montreal Canadiens defenseman Shea Weber blew away the hardest shot field with a 106.5 mph blast.

"The other guys shot it pretty hard and I wanted to shoot it a little bit harder," Weber said.

The event had a very St. Louis flair with cameo appearances from a handful of former Blues players. Wayne Gretzky took the microphone to open the festivities, Bernie Federko passed the puck to current Blues captain Alex Pietrangelo for some accuracy shooting practice and seven-time hardest shot champion Al MacInnis took one more shot with his old wooden stick.

During the shooting stars event with St. Louis native brothers Matthew and Brady Tkachuk, dad Keith made an appearance on the platform with his sons. Matthew took off his Calgary Flames jersey and took his shots wearing a robin's egg blue Yadier Molina Cardinals jersey.

Then, as a fitting nightcap, Blues legend Brett Hull took his own shot at the targets on the ice.