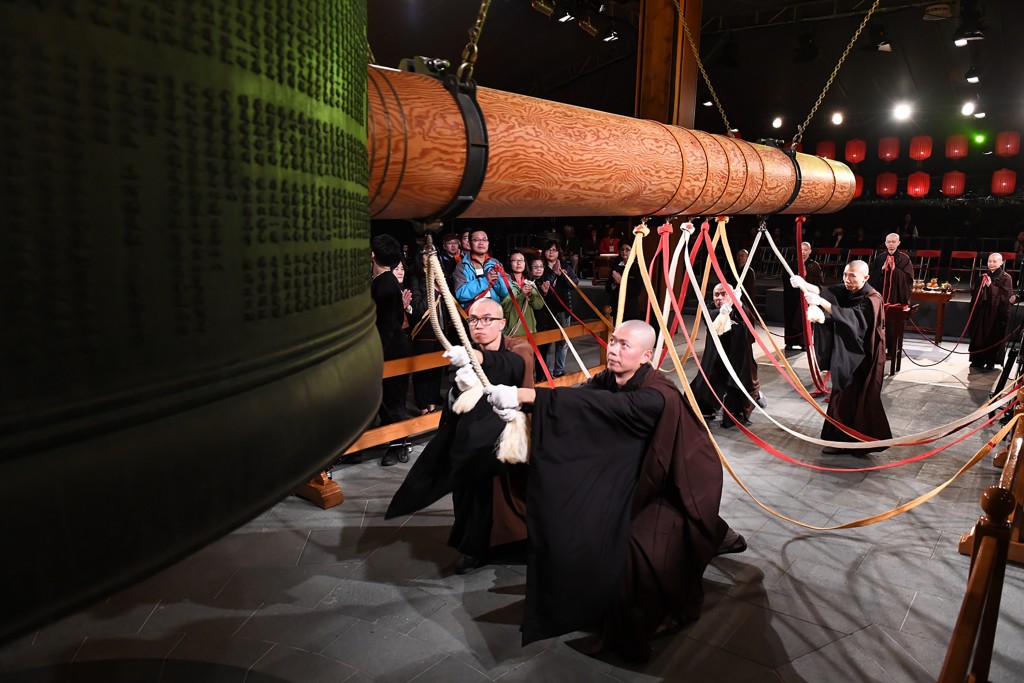 Ringing in the Fuhua Bell Tower at the monastery in New Taipei City's Jinshan District is an annual event, but this was the first time multicolored light designs were projected onto the building. Just before midnight, Dharma Drum Mountain Abbot Guo Hui (果暉), accompanied the gathered dignitaries to strike the last bells of the year and receive blessings.

Tsai Ing-wen thanked the nation for entrusting her to lead it and asked for prosperity and strength. She also promised to fight for dignity, security, and the happiness of all Taiwanese.

She added that after the presidential election, all antagonisms should be set aside and unity was paramount. Addressing the coronavirus epidemic, she thanked those who are working to contain its spread over the Lunar New Year period.

Ma Ying-jeou hoped for a bright Taiwan future. He also called for peace and prosperity in the Taiwan Strait.

Master Guo preached that society needed more peaceful interactions with the natural environment and harmony. He added that unity requires tolerance and equality, while great compassion comes from altruism. He also said he hoped the Wuhan coronavirus outbreak would be over soon.