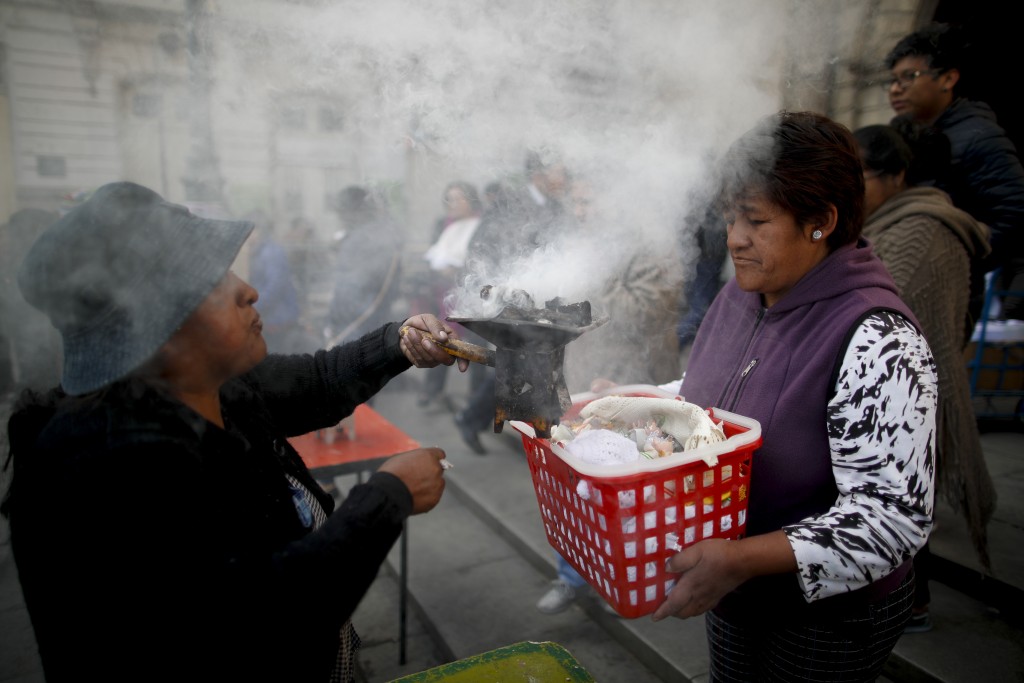 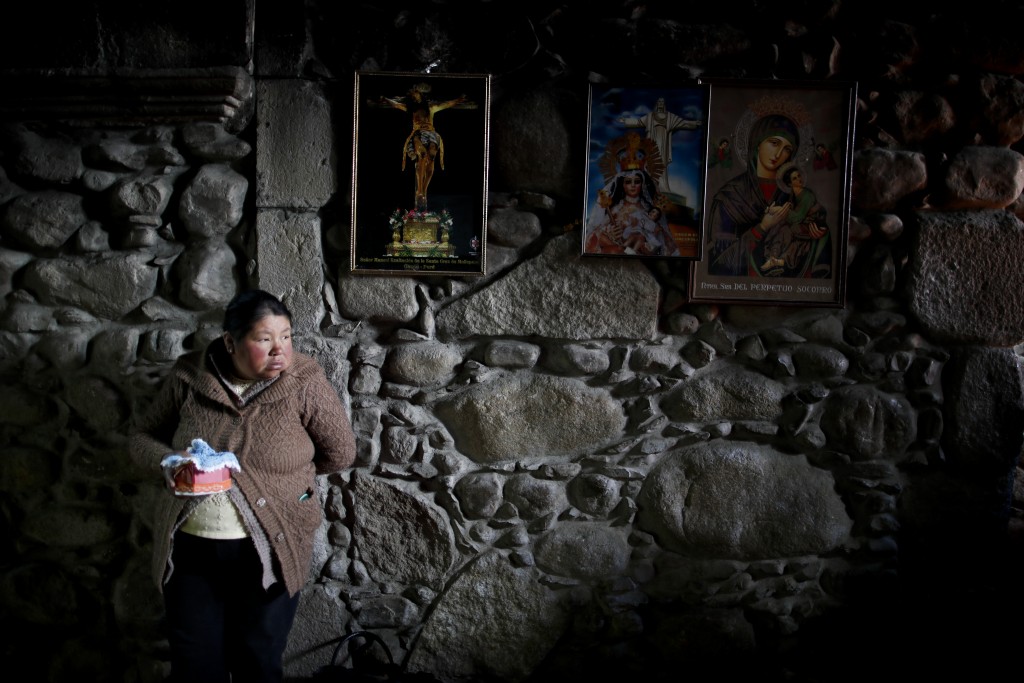 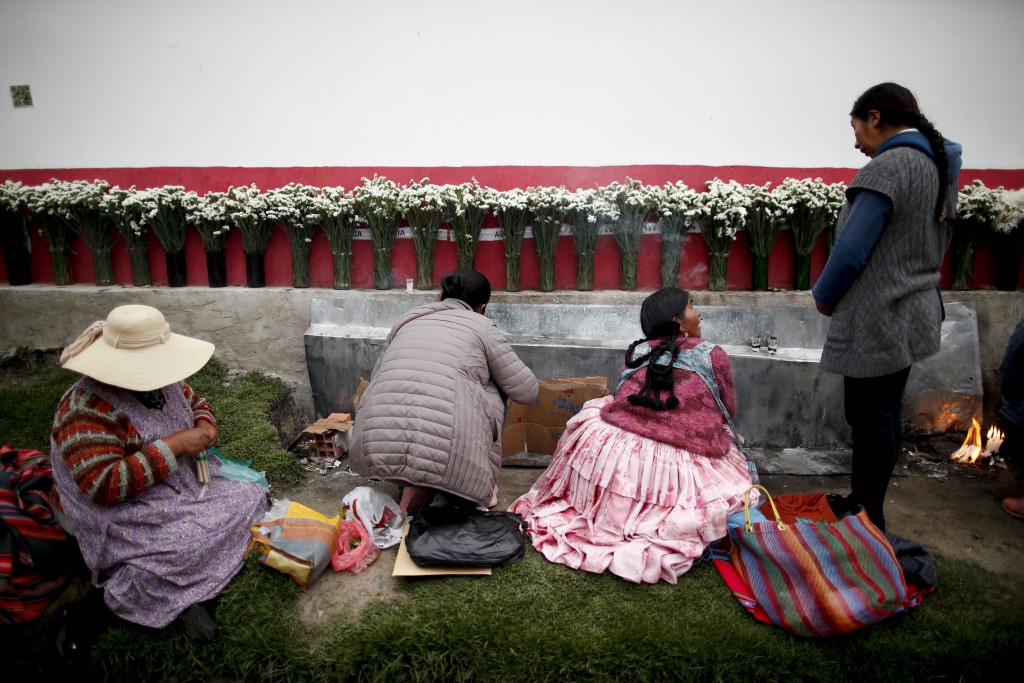 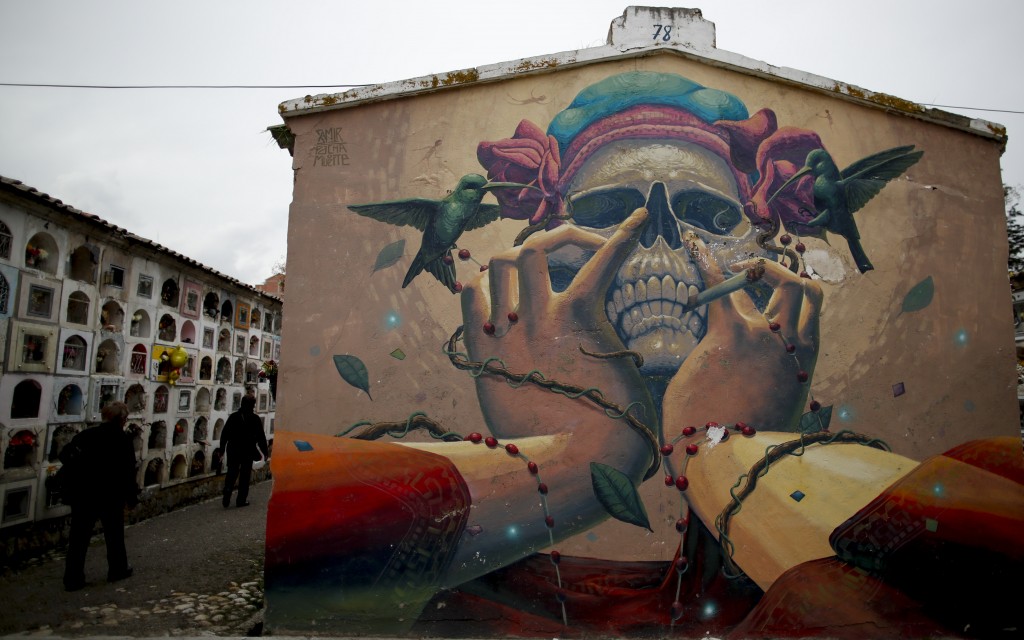 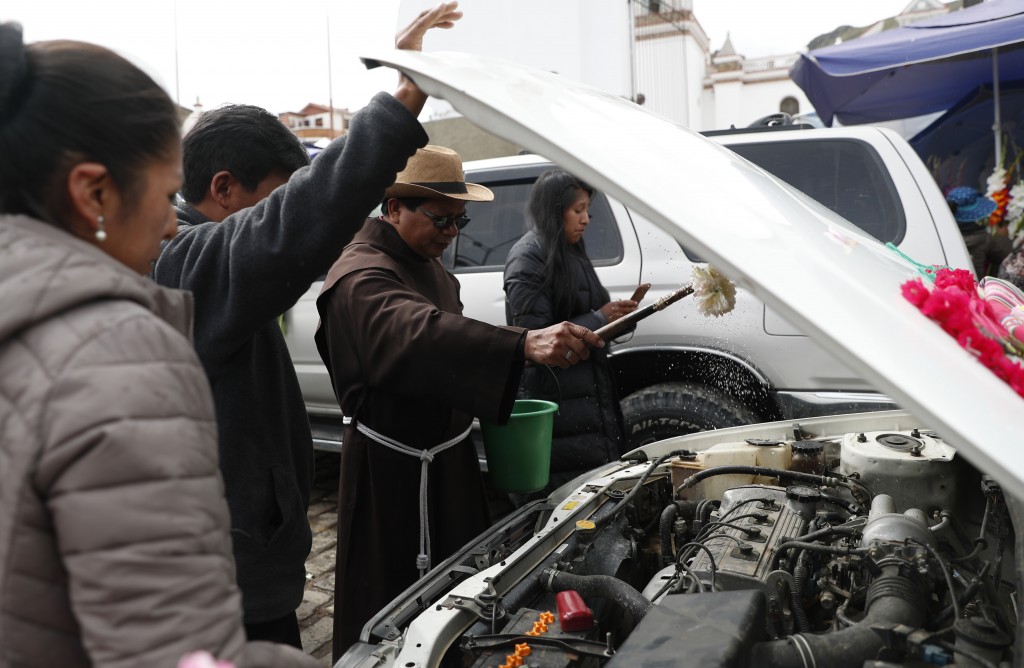 COPACABANA, Bolivia (AP) — As they await their fresh fried trout, members of a family on holiday at Lake Titicaca pour out a little bit of soda on the ground before they take their first drink.

In South America’s most indigenous country, a deep-rooted belief system in the Andean earth deity called the Pachamama is intertwined in everyday life. The drops of soda signify a small homage to mother earth. In return, the Pachamama brings blessings, many Bolivians believe.

The belief in the earth deity is also practiced in other parts of South American such as Peru and Chile, but perhaps most prominent in Bolivia, where at least 60% trace their roots back to the native tribes living in the area when Spanish colonizers arrived.

Belief in the Pachamama cut across ethnicities and is prominent in villages and big cities. Parents teach their children that gratitude for mother earth must be an integral part of one’s life. Many are practicing Catholics who weave customs together.

“It’s a combination,” said Jose Luis Campero, a 30-year-old systems engineer from La Paz who is Catholic. “God is not just one religion.”

Through rituals known as “challas” Bolivians show respect for the Pachamama by pouring drinks and tossing flowers and coca leaves on the ground in a type of offering that is sometimes accompanied by songs or dances. Civil engineer Jose Saravia said he and his colleagues always say a blessing for the Pachamama before breaking ground on projects.

“We give thanks to the Pachamamma so the Pachamama gives us blessings. That's a tradition from our ancestors," said Saravia, 46, of La Paz. “We go to Mass because the Spaniards brought the Catholic church to Bolivia."

The word “pacha” means earth, cosmos, universe, time and space in the indigenous languages of Quechua and Aymara. The second part “mama” means mother. It is a symbol of earth's fertility for Andean cultures.

In Bolivia, the Pachamama is everywhere, yet nowhere. There’s no official painting, logo, flag or statute that adorn city plazas or hang on the walls inside homes. Yet people are constantly honoring it and often weaving it into Christian religious ceremonies. And there are tell-tell signs where the Pachamama is most prevalent, such as a flag called the wiphala that features a rainbow of colors in tiny squares that represents indigenous people. Under Evo Morales’ presidency, it became an official government flag alongside the tri-colored red, yellow and green Bolivian flag.

The unique belief system enjoyed renewed attention and celebration during Morales’ nearly 14-year-presidency, a time when he routinely performed Pachamama acts at official government ceremonies. An animated film called Pachamama debuted last year on Netflix, telling the story of 10-year-old Andean boy during the time of the Spanish conquest of Bolivia.

The fusion of Roman Catholic and indigenous traditions goes on display each year in the early part of summer during a celebration called the feast of the Great Power in La Paz. Dancers wearing elaborate and colorful costumes fill the streets representing Andean folklore in celebration of a 17th century painting of Jesus Christ with native features .

The patron saint to Bolivia, the Virgen of Copacabana, was discovered and sculpted by an indigenous after the Spanish arrive. Because of that, to some it’s a visual representation of the Pachamama even though it’s a Catholic saint.

The blend of Christian and ancestral beliefs started by indigenous Bolivians who camouflaged their beliefs under Catholic ones, anthropologists say, but it has become more commonplace in recent history to publicly embrace both, especially during Morales’ presidency. Called religious syncretism, it is recognized by Bolivia's constitution under the term "Andean cosmovision," and it is widely practiced by many in the mostly indigenous South American country.

Morales upset some Catholics because he rewrote the constitution in 2009, stripping special recognition given to the Roman Catholic church. But local Bolivian Catholic priests don’t seem to harbor any ill-will, instead reflecting the symbiotic relationship that exists at the pew level in Bolivia.

“Our mission today is to avoid confrontation and understand the Aymara/Inca culture,” said Friar Abelino Yeguaori, from inside the Basilica of Our Lady of Copacabana on the shores of Lake Titicaca. “In the church in Bolivia there is a consensus not to destroy, but to try and internalize the people’s faith.”

Overlooking the Basilica on a mountaintop in Copacabana, where Bolivians come for a pilgrimage hike up a rocky trail, Amelia Gomez and her husband watched as an indigenous guide poured out a cup of beer on the ground where a miniature toy house in a blessing designed to fulfill the family's wish of getting a house this year.

“Our ancestors come and help us achieve our wishes,” Gomez said.