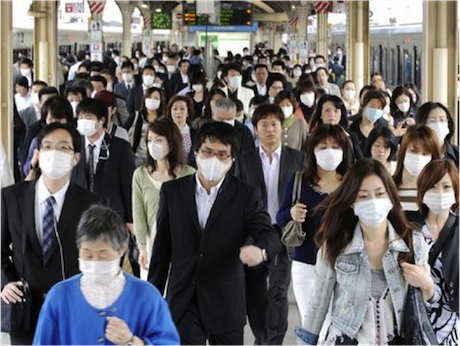 KAOHSIUNG (Taiwan News) - Communist China’s coronavirus crisis continues to spiral out of control. Yet, astonishingly, the international community continues to allow the regime to play politics with public health.

At the time of writing, the communists are still claiming the number of confirmed virus cases is in the hundreds and there have been just 26 deaths so far. Much like their economic data and most official Chinese government statistics, these numbers lack any real credibility.

In cities like Wuhan, the people feel abandoned by their government. Food supplies and medicines are running low and they are prevented from leaving. There is a real sense the 11 million people in this city have been abandoned to their fate, whatever that may be.

Given that Communist China has form when it comes to mishandling pandemics of this kind, you would have thought the World Health Organization (WHO) would have jumped on this crisis early in an attempt to exert some control, restrict the spread, and minimize the number of victims. It became starkly apparent on Friday (Jan. 24) that nothing could be further from the truth.

Chair of the WHO Emergency Committee, Didier Houssin, stood up and claimed, “It’s too early to consider this as a public health emergency of international concern.”

It is a staggering claim given the massive volume of evidence to the contrary. It is the sort of irresponsible statement that looks set to stand alongside the likes of Christine Shelly, the U.S. State Department spokesperson who infamously stated during the Rwandan genocide there were “acts of genocide” occurring in Rwanda.

Astonished journalists then asked how many acts of genocide it took to make a genocide and Shelly squirmed horribly. In less than 100 days, 1 million people in Rwanda were dead.

You have to wonder quite what WHO needs to happen before it will class a global, viral outbreak as a public health emergency of international concern. Within China, there are 10 cities and more than 20 million people in full or partial lockdown.

Cases have been reported in Hong Kong, Macau, Japan, Singapore, South Korea, Thailand, Vietnam, the U.S., and Taiwan. More suspected cases are being investigated in several other countries across all five continents.

How many countries does WHO think needs to have cases before this is an international crisis? Houssin’s statement yesterday probably wouldn’t have raised quite so many eyebrows if WHO didn’t have a long record of playing politics with public health rather than acting in the best medical interests of the people affected.

In 2014, during the devastating Ebola outbreak in western Africa, WHO held back from declaring an international crisis for fear of upsetting affected countries such as Sierra Leone, Liberia, and Guinea. If it is willing to compromise public health to appease such relatively small, developing countries, just imagine how much it is willing to bend to the will of a global superpower like Communist China.

The truth is that you don’t have to imagine. The CCP’s influence over WHO is already abundantly clear. Houssin alluded to the fact that WHO’s decision not to class the coronavirus outbreak as an international crisis was strongly influenced by how the Chinese regime wanted the issue handled.

Even more evidence of Chinese political influence can be found in WHO’s refusal to engage with Taiwan over the issue. Taiwan is one of the places where there has been a confirmed case of coronavirus.

It is a country that has people regularly traveling to and from the infected region, as well as strong trade links. Taiwan also enjoys broad trade and travel links with the rest of the world and has one of the best health systems on Earth, with many leading healthcare experts who could assist with tackling the disease.

As such, Taiwan is on the frontline of the battle to control the spread of coronavirus and should be right at the heart of international deliberations on its management. But it isn’t.

Staggeringly, Taiwan remains shut out of WHO at this vital moment. And the reason is politics. Prior to Tsai Ing-wen (蔡英文) being elected president of Taiwan, it had observer status at the WHO. It was in a position to listen to discussions and had the means to contribute its views via allies if it wished.

Now it has no such access and the reason is the Chinese regime doesn’t like the Taiwan government and has told WHO not to let Taiwan in. WHO has kowtowed to the CCPs demands even though it means the 23 million people of Taiwan are no longer represented at the most important global healthcare forum, and a potentially major conduit for the spread of diseases like the coronavirus is no longer considered.

WHO argues that it recognizes the "one China" policy and that Taiwan is represented by the Chinese delegation. But that claim has no basis in reality.

The Communist Chinese regime does not govern Taiwan, it never has, and it has no influence over Taiwan’s healthcare policies and no interest in protecting the health of its people. The remit of WHO is to “deliver on a shared commitment to achieve better health for everyone, everywhere.”

Perhaps it should add a caveat that this is only the case if better health aligns with its stance on global politics and the will of the Chinese government. It definitely should add that it does not include the 23 million people of Taiwan.

Given the growing evidence of Chinese mismanagement of the coronavirus outbreak and WHO complicity in this, it is not too strong a statement to say that every person who dies from coronavirus is dying as a result of both the CCP and WHO’s failings.

Should the virus take hold in Taiwan (and we pray it does not) it will be very difficult for WHO to refute claims that it has Taiwanese blood on its hands.