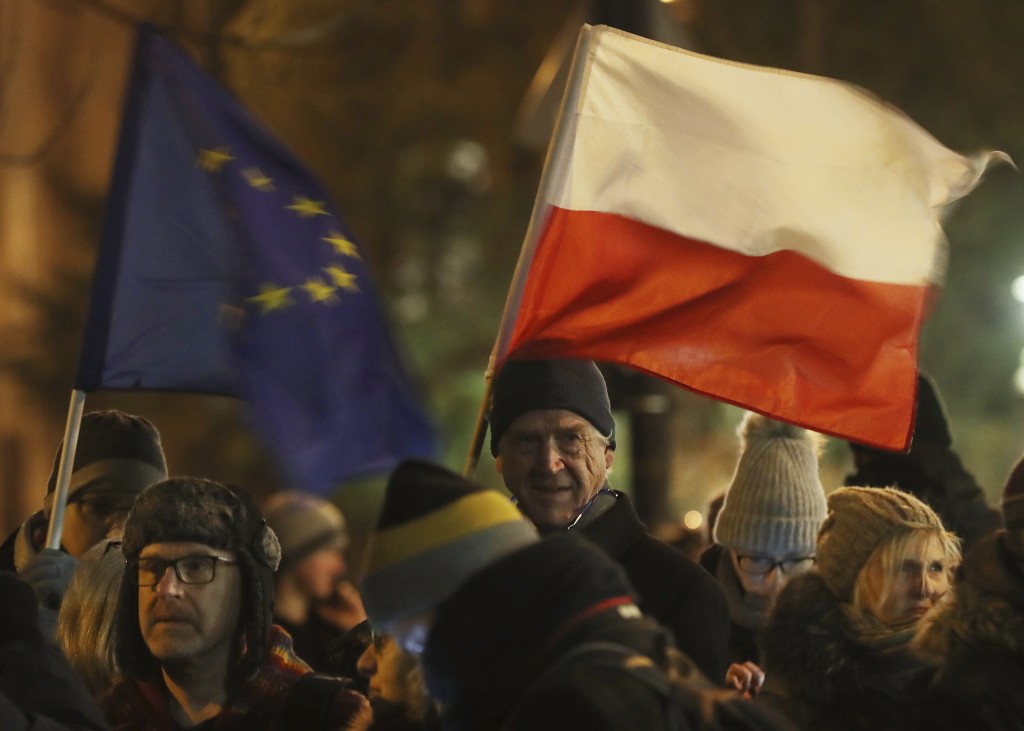 WARSAW, Poland (AP) — Legal chaos has deepened dramatically in Poland following the passing of legislation that will allow the government to fire judges whose rulings it does not like — even when those rulings respect EU law.

The developments have created a crisis that threatens the functioning of the entire European Union legal system.

Laurent Pech, a professor of European law at Middlesex University, London, wrote on Twitter on Friday: “As of yesterday #Poland is no longer a democratic regime governed by #ruleoflaw. ... Process of de facto exit from EU legal order has begun.”

This comes after more than four years of efforts by the governing populist party, Law and Justice, to take control of the country's system of courts and public prosecution, eroding the independence of most branches of the judicial system.

Poland's Senate, which is controlled by the opposition, had rejected the bill. But the upper house only had the power to delay the bill and suggest recommendations and could not stop it. It goes next to the president, who supports it

The government argued early in its tenure that it needed to purge judges who were part of an untouchable “caste,” including holdovers from the communist era. Critics, however, point out that there are very few judges still working today who began under communist rule, which ended 30 years ago. Lately the government has said it seeks to end “anarchy” in the system — an anarchy that opponents say has been triggered by the government itself.

The legislation passed Thursday has been condemned by the EU, the United Nations and the Council of Europe, the continent's largest human rights body.

Justice Minister Zbigniew Ziobro said the Supreme Court carried out “a gross violation of the law and its so-called resolution has no legal effects.”

One deputy minister, Janusz Kowalski, said he “couldn't care less” what 60 Supreme Court judges ruled because “they are not an authority to me.”