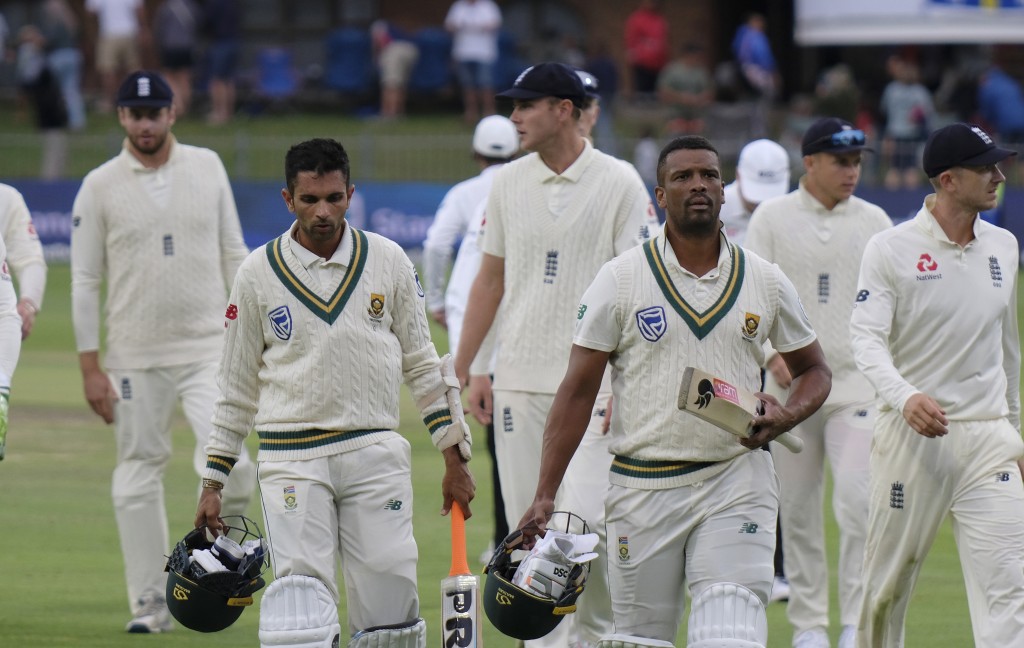 JOHANNESBURG (AP) — Rain delayed the toss in the series-deciding final test between South Africa and England at the Wanderers in Johannesburg on Friday.

England leads 2-1 and has turned the series around with successive wins after losing the opening test. A draw at the Wanderers would secure a second straight series victory for England in South Africa after Alastair Cook's team triumphed 2-1 in 2015-16.

England could recall fast bowler Jofra Archer in Johannesburg. He missed the last two tests with a right elbow injury.

This test is due to be the last for South Africa seamer Vernon Philander, who is retiring from international cricket after the series. He's set to play his 64th and final match after nine years in test cricket.

South Africa will need to replace his new-ball partner in Johannesburg with fast bowler Kagiso Rabada banned for the final test for a provocative celebration after taking England captain Joe Root's wicket in the third test in Port Elizabeth.

England won there by an innings and 53 runs to take control of the series.