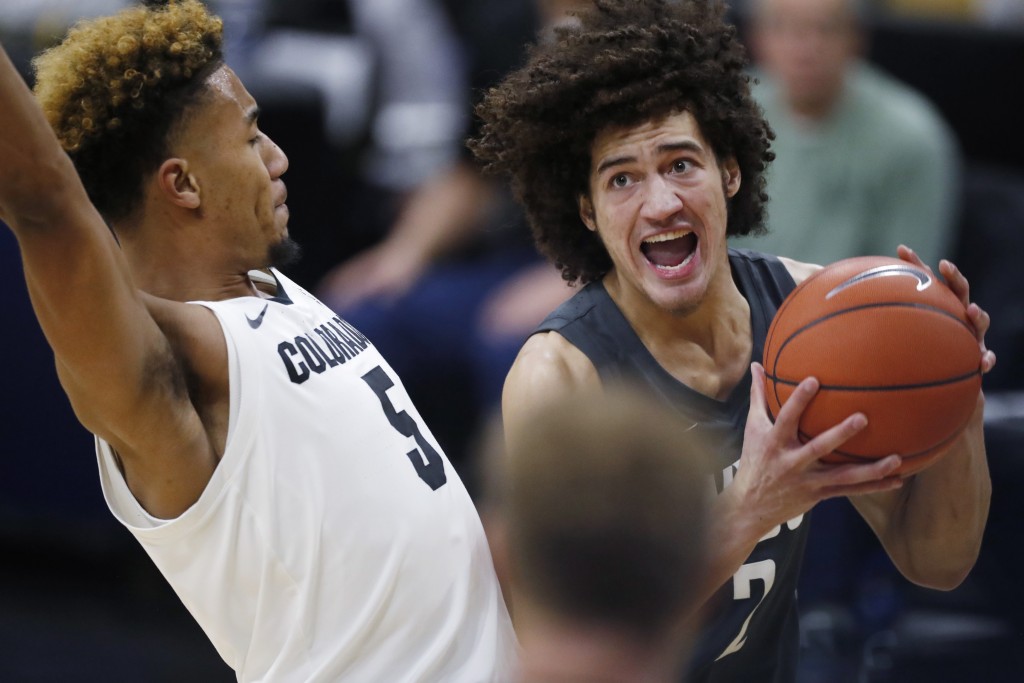 BOULDER, Colo. (AP) — Lucas Siewert scored 16 points, D'Shawn Schwartz had 13 and No. 23 Colorado pulled away in the second half to beat Washington State 78-56 on Thursday night.

Evan Battey added 12 points and joined Siewert in pulling down 10 rebounds for Colorado (15-4, 4-2 Pac-12), which bounced back from a loss at Arizona last week. The Buffaloes outrebounded the Cougars 45-28 despite playing without Tyler Bey, the leading rebounder in the conference.

Colorado held Washington State to 37% shooting from the floor, and the scoring total for Washington State (12-8, 3-4) matched a season low. The Cougars lost to 65-56 to USC earlier this month.

CJ Elleby had 15 points to lead the Cougars. Daron Henson added 13 points and Isaac Bonton had 10 for Washington State, which fell to 0-9 in Boulder.

Up by five at halftime, Colorado put together a 12-1 run midway through the second half to pull in front 66-51 with 6:49 remaining, its biggest lead to that point. Siewert and Maddox Daniels both connected on 3-pointers during the surge.

Jervae Robinson stalled Colorado's momentum by finishing a fast break with a jumper, Washington State's first basket in more than six minutes. But the Buffaloes hustled down the floor and Daniels again connected from 3-point range to quash any hopes of a Cougars comeback.

Siewert had nine points in the first half, helping the Buffaloes take a 38-33 lead.

Washington State: The Cougars had their best offensive showing of the season last time out in an 89-76 win over Oregon State but struggled to replicate the performance against Colorado's stout defense.

Colorado: The Buffaloes hit the boards on both ends of the court and finished with a nearly 2-1 advantage in rebounds. Siewert and Battey each had a double-double.

Washington State: The Cougars seek their first win against Utah on Saturday night at the Huntsman Center, where they have gone 0-10 since 1969.