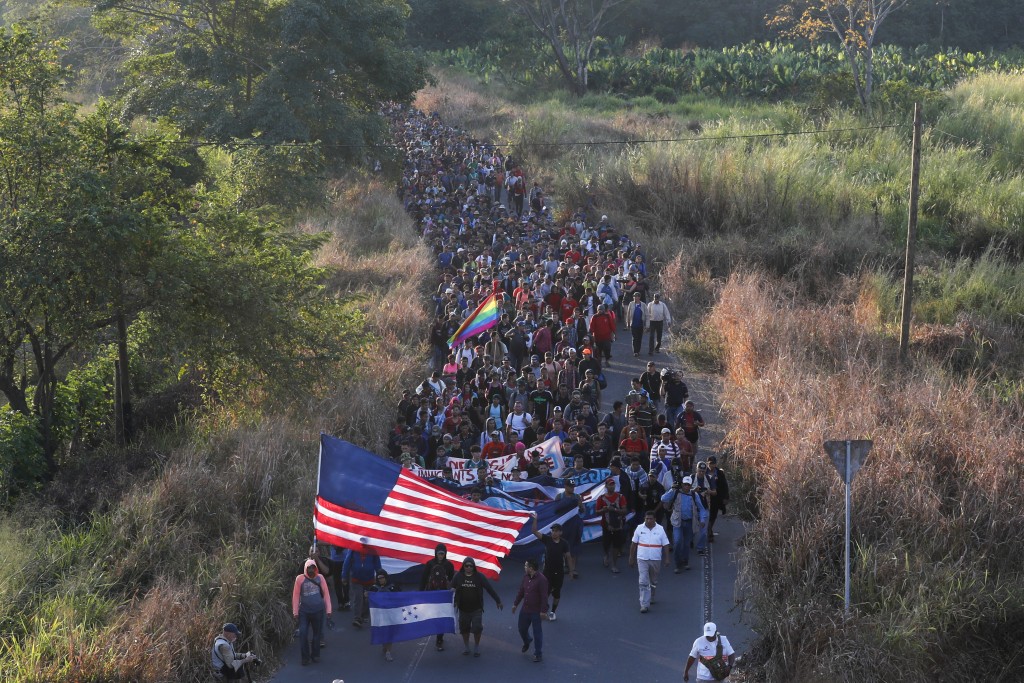 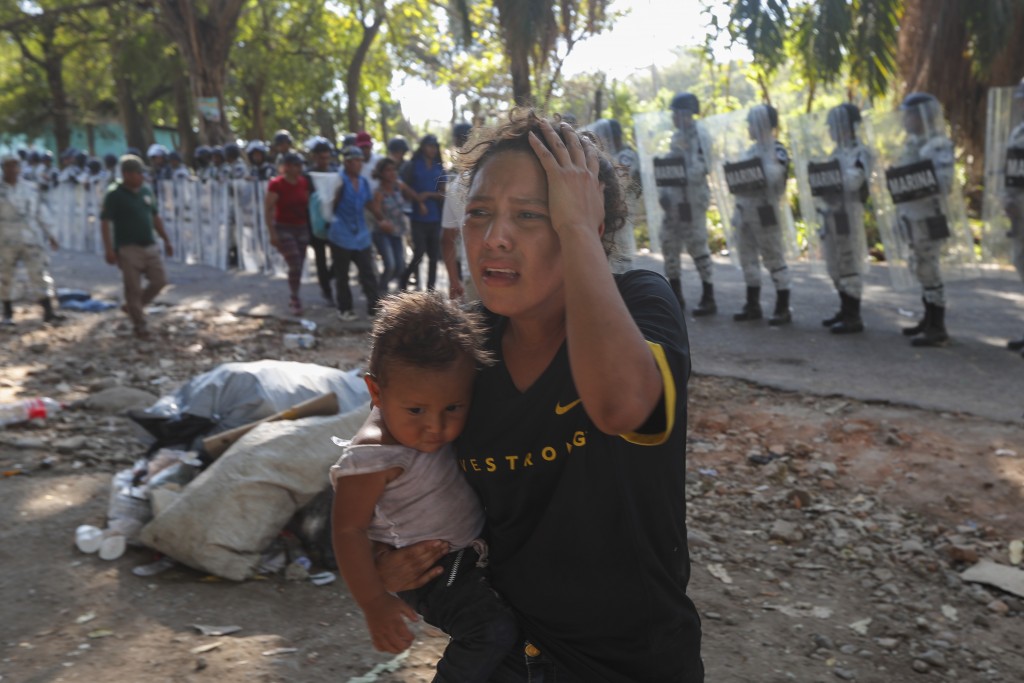 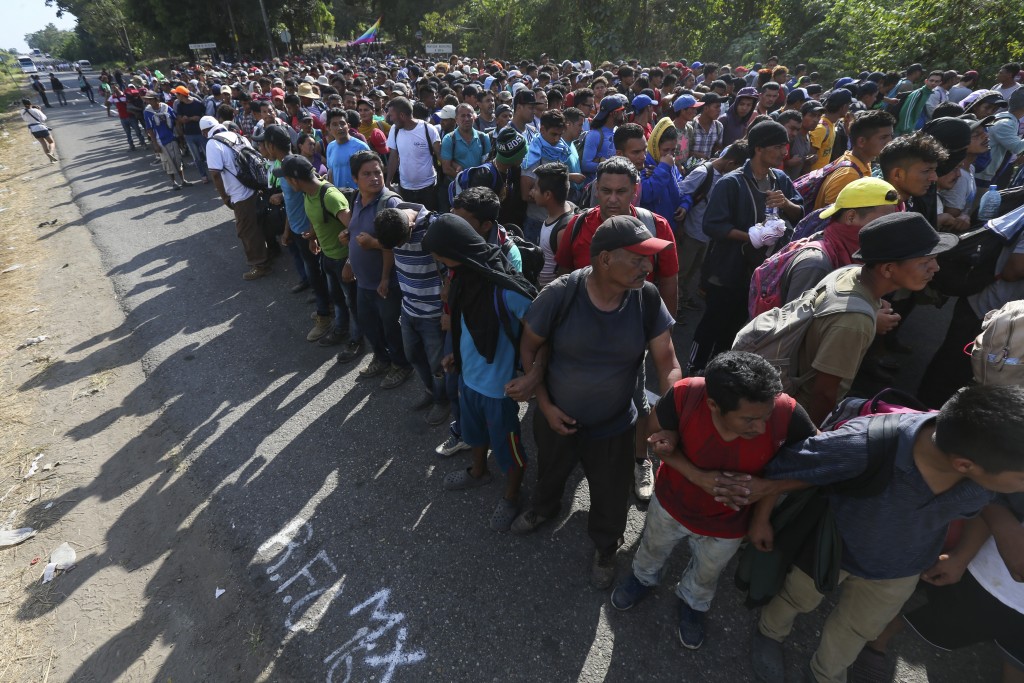 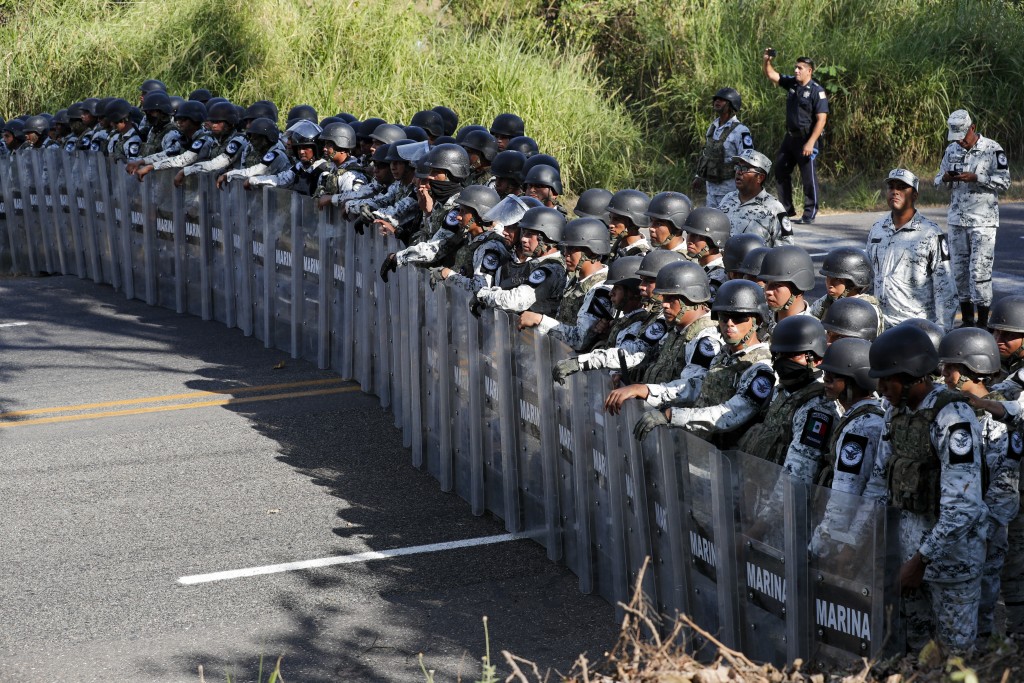 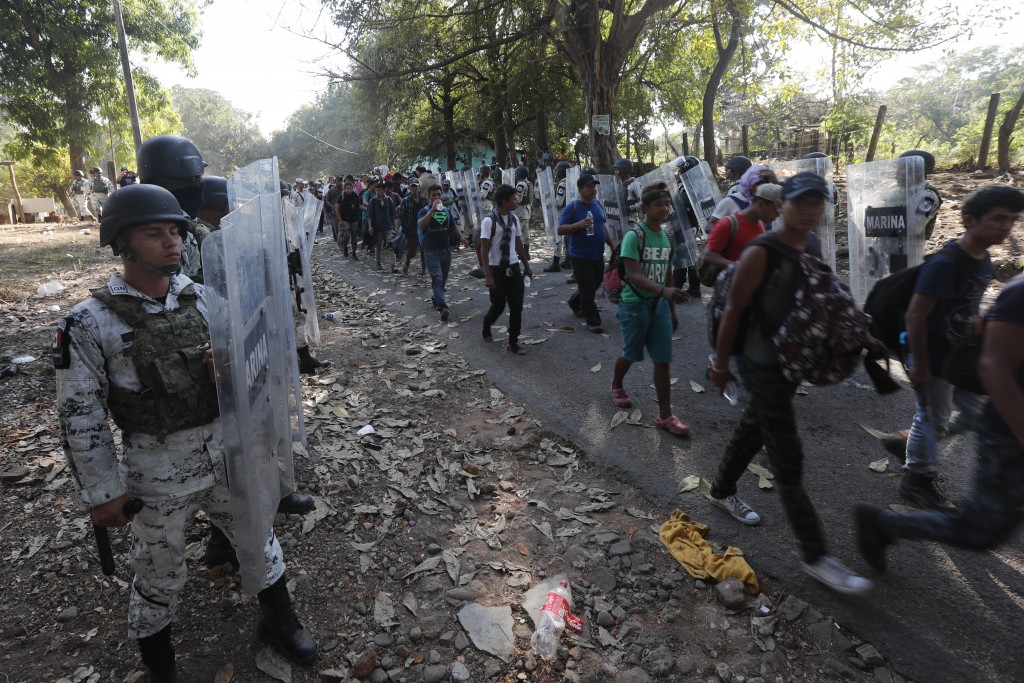 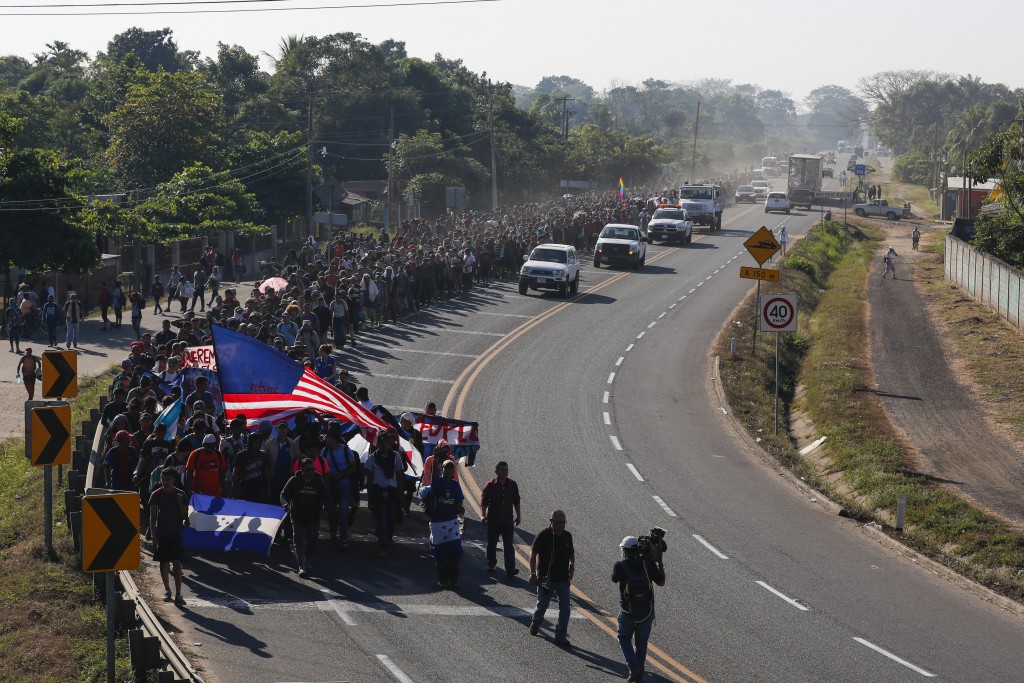 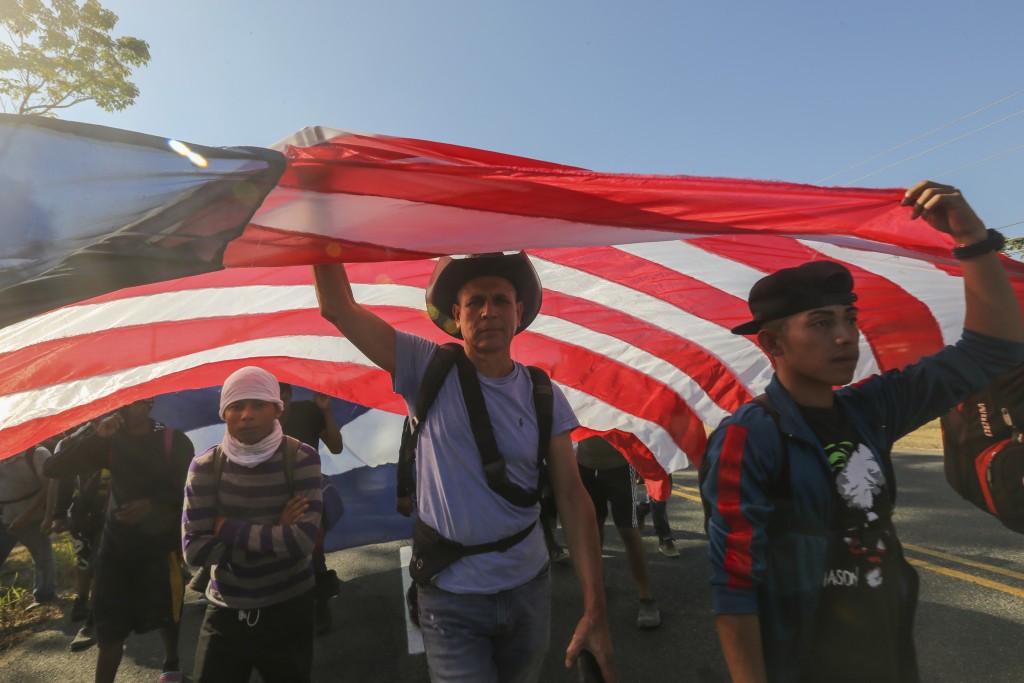 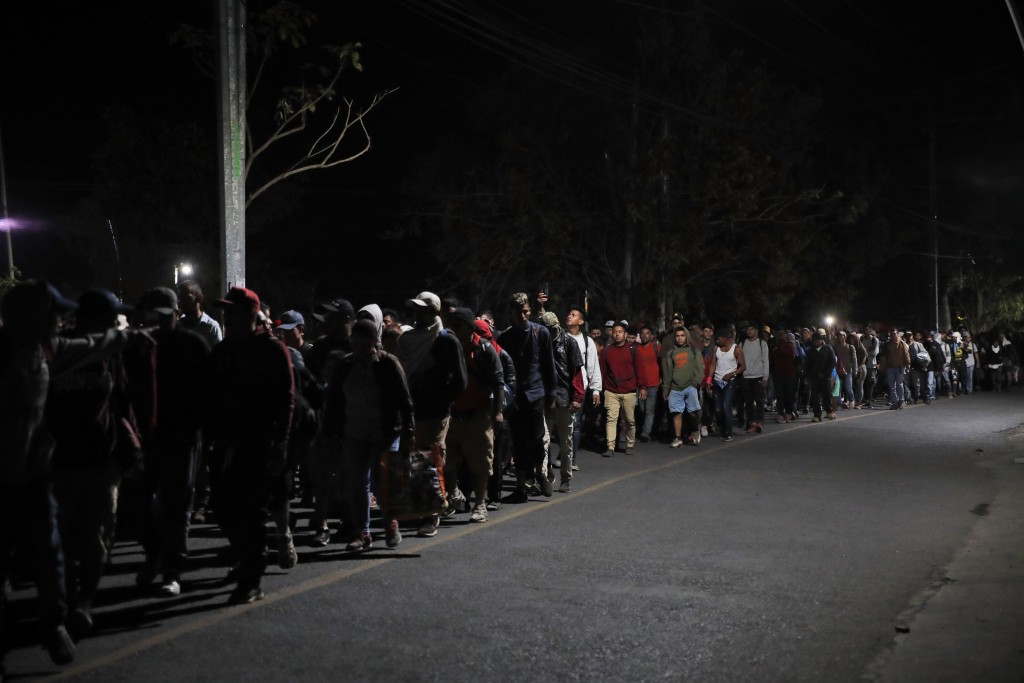 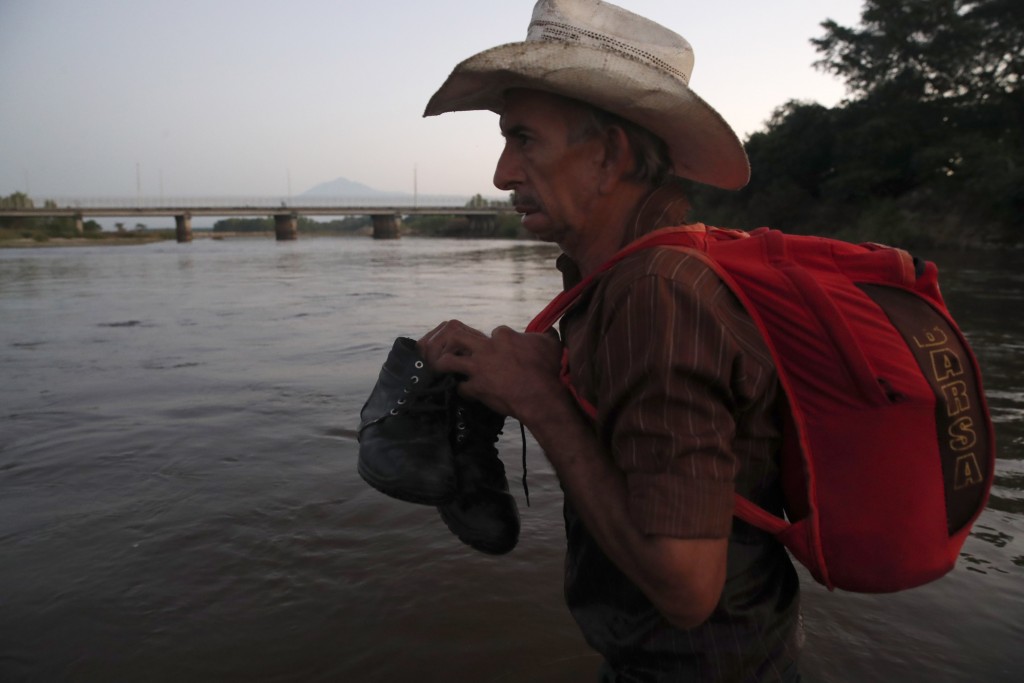 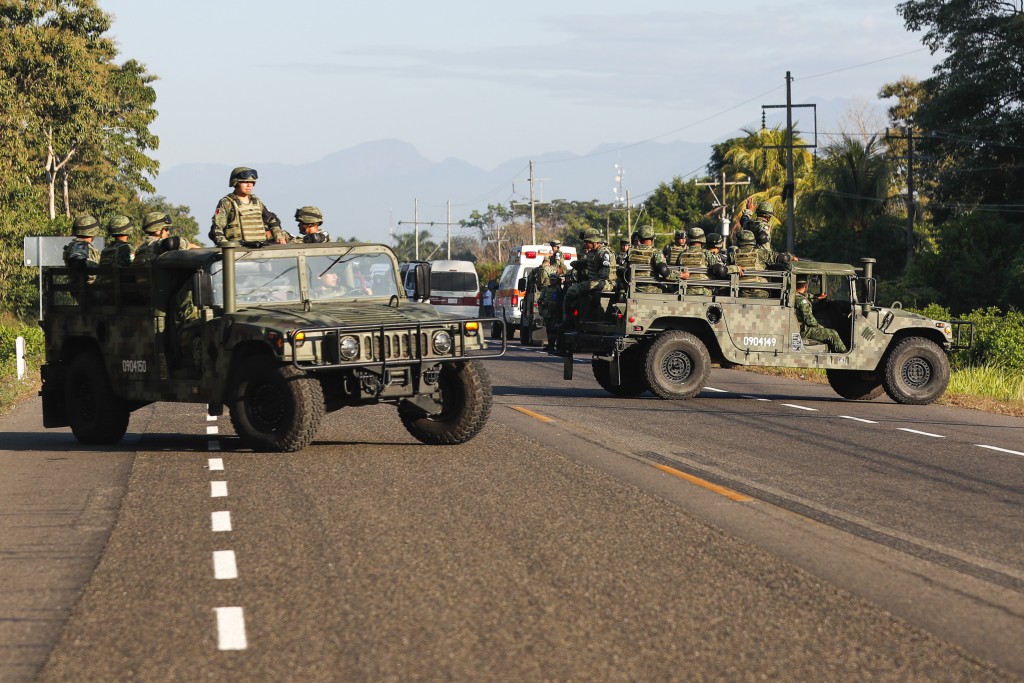 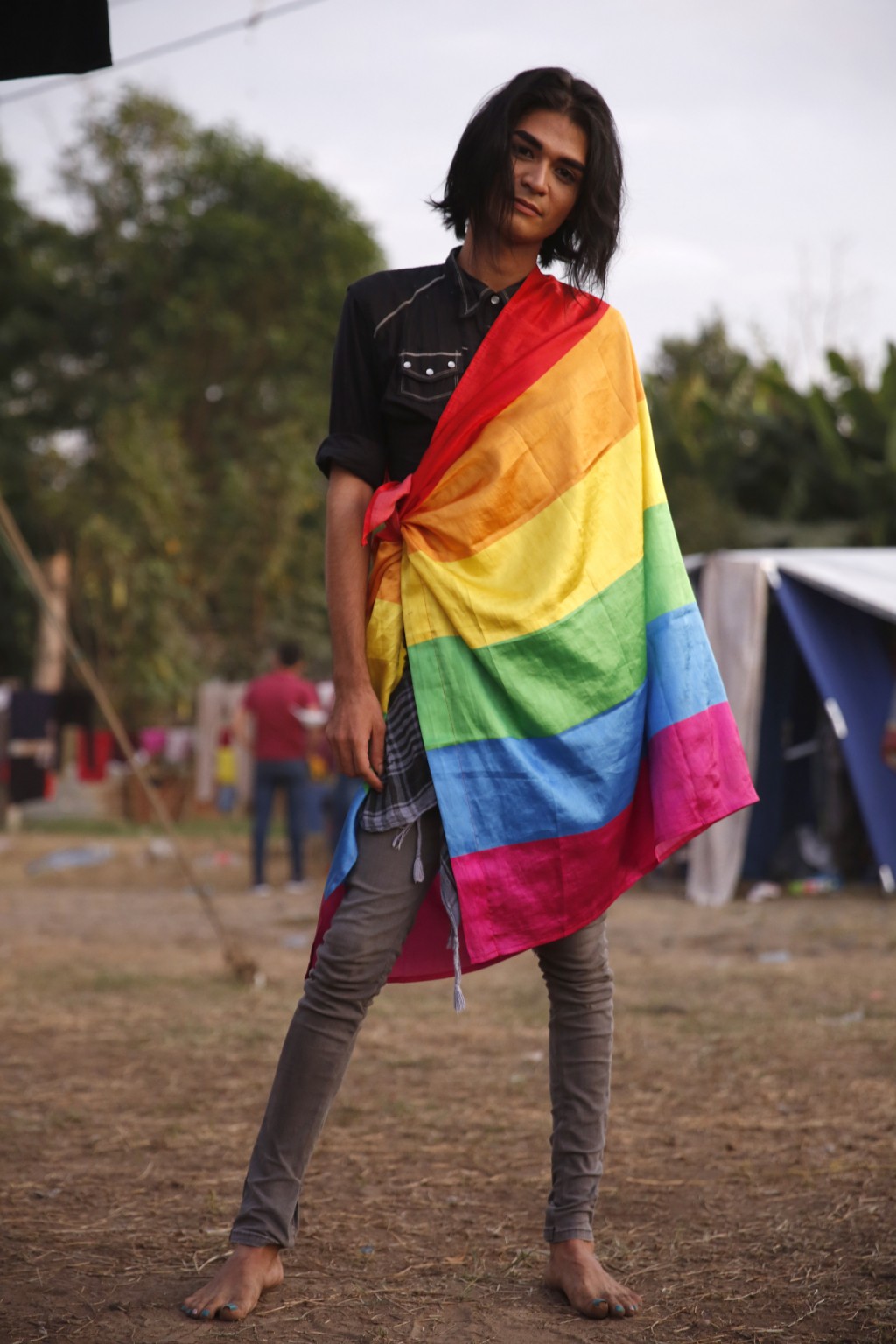 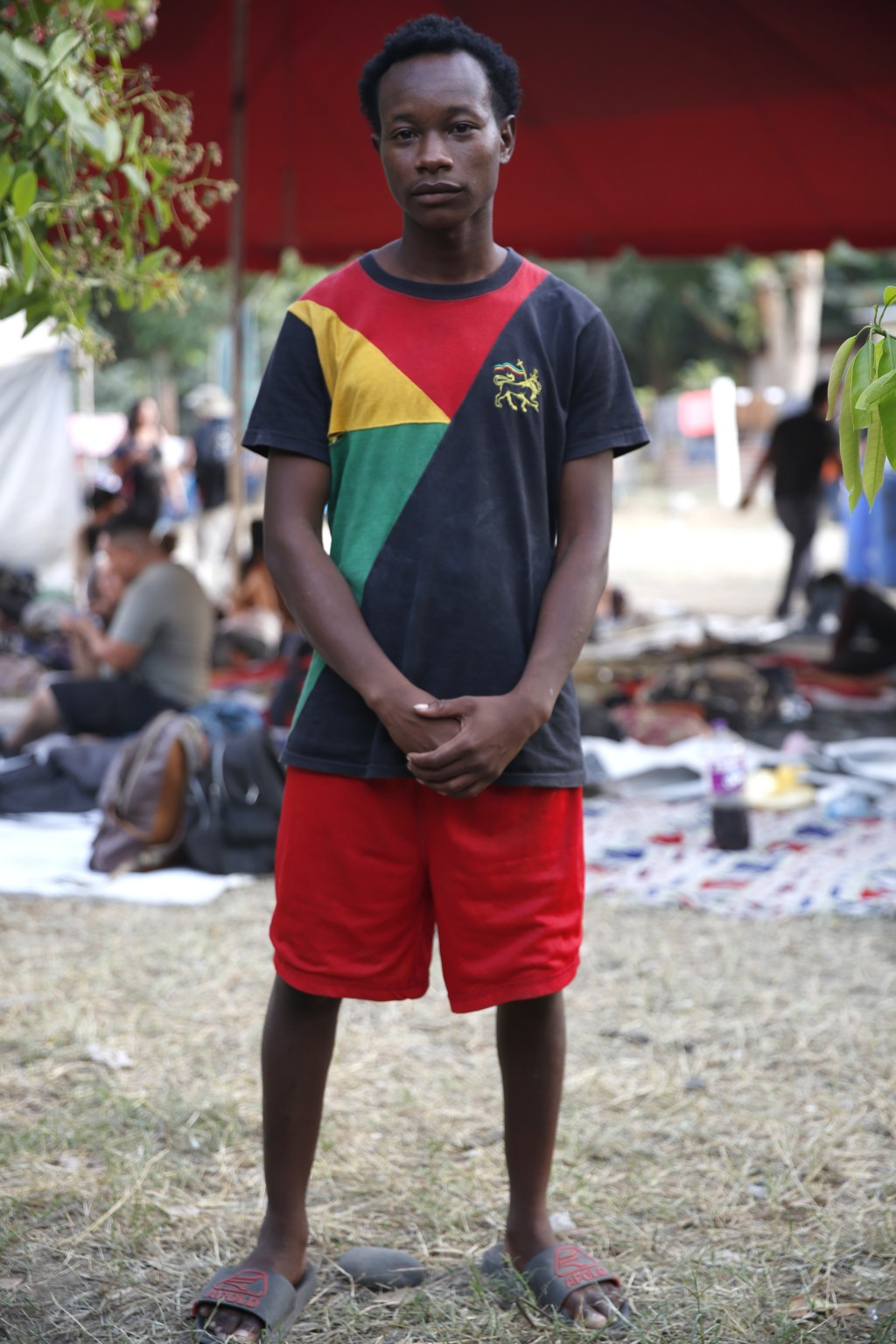 FRONTERA HIDALGO, Mexico (AP) — From the roadside stand where his family sells mole, barbecue and chicken stew, Miguel Ángel Vázquez has seen all the caravans of Central American migrants and asylum seekers stream past his front door in recent years, throngs of people driven to flee poverty and violence in hopes of a better life in the United States.

After watching armored National Guard troops and immigration agents break up the latest one right on his doorstep, loading men, women and wailing children onto buses and hauling them off to a detention center in the nearby city of Tapachula, he’s sure of one thing.

“I can see that these caravans are no longer going to pass,” said Vásquez, 56.

Where the first caravans were allowed to pass through Mexican territory and even given humanitarian aid or transportation by many communities and some officials, President Andrés Manuel López Obrador's adminstration changed that beginning last year in response to steep trade tariffs threatened by Washington.

The result was on display Thursday on a rural highway in the far-southern Mexican city of Frontera Hidalgo, just across the river border between Mexico and Guatemala that the hundreds of migrants, mostly Hondurans, crossed before dawn.

The migrants walked for hours before stopping at the crossroads where Vázquez's stand lies, taking advantage of the copious shade on a road otherwise largely exposed to the beating tropical sun. They bought all the food the family and refreshments the family had and behaved respectfully, according to Karen Daniela Vázquez Robledo, his daughter.

Many of the migrants filled out unofficial forms without any government logos expressing their desire to request refuge and giving their reasons for leaving their home countries. They knew that a few kilometers up the road, a large deployment of National Guard troops awaited with riot shields and orders not to let them pass, but still held out hope they could negotiate.

Then hundreds of national guard troops advanced their lines to within 100 yards (meters) of the migrants. A brief negotiation stalled, and the migrants knelt to the ground in prayer and began to chant “we want to pass.”

National guardsmen advanced banging their plastic shields with batons and engaged the migrants. There was shoving and pepper spray as migrants were rounded up.

Many of the people allowed themselves to be escorted to the buses without resistance. Women cradling small children or holding kids' hands wept as they walked toward the buses. In all, 800 migrants were detained, according to a statement from Mexico's National Immigration Institute.

Others resisted and were subdued. One man dragged by three guardsmen and a migration agent shouted “they killed my brother, I don't want to die,” presumably in reference to the possibility of being returned to his country.

A woman crying as she walked toward a bus said, “I have a great need for my children.”

A paramedic attended to an injured woman lying on the highway shoulder.

The road was left littered with water bottles, plastic bags and clothing. An irate man in a blue shirt yelled at the agents “this is a war against the Hondurans."

It was a sudden climax after the day had seemed to be winding down.

Carrying U.S. and Honduran flags at the head of the procession, the migrants had been walking since crossing the Suchiate River from Guatemala at dawn after a days-long standoff.

Before the confrontation Aníbal, who declined to give his last name for fear of reprisal from immigration authorities, ate a bag of chips and wearily took his shoes off in the shade next to the food stall.

He joined the majority Honduran caravan from his hometown of Santa Rosa, Guatemala, and was determined to get to the U.S., no matter where, and work to save money and return to his wife and three kids. Back home he worked part time gigs as a laborer, machinist, selling used clothing, but there wasn’t enough work.

Asked about assertions from Mexico’s president that migration must be regular and orderly, he said: “He needs to have a little more compassion ... we're going out of necessity. We're not going for ambition.”

Thursday's movement was a resurgence of a migrant caravan that had been diminishing since its last concerted attempt to cross the border Monday was turned back by Mexican National Guardsmen posted along the Suchiate River, which forms the border here.

The national guardsmen intercepted the caravan on the edge of the community of Frontera Hidalgo, near Ciudad Hidalgo where the migrants crossed the river at dawn.

In previous caravans, Mexican authorities have allowed caravans to walk for awhile, seemingly to tire them out, and then closed their path.

Mexico and Guatemala have returned hundreds of migrants from the caravan to their home countries since the caravan set out last week, mostly to Honduras.

While the caravan received steady local media coverage since they arrived at the border, it has not surpassed topics of security, economy or corruption in the public agenda.

Anti-crime activist Javier Sicilia said Thursday that part of Mexico's problems are the “dozens of thousands of migrants treated without the dignity of human beings.”

Meanwhile, President López Obrador's two-hour daily press conference was dominated by questions about the supply of cancer drugs as parents of children with cancer protested outside the national palace.

He has faced some criticism from the left for the more aggressive response to migrants, but seemingly not enough to blunt his high popularity.

Back at the roadside food stall in the southern state of Chiapas, Karen Vázquez, 26, was dismayed by what she saw unfold — the pepper spray, children running and crying.

“It was something very unpleasant, seeing how the people are taken away, and us hiding as well so they don't take us away,” she said. “It makes us sad because they don't take them in the right way. In truth, they take them very badly.”