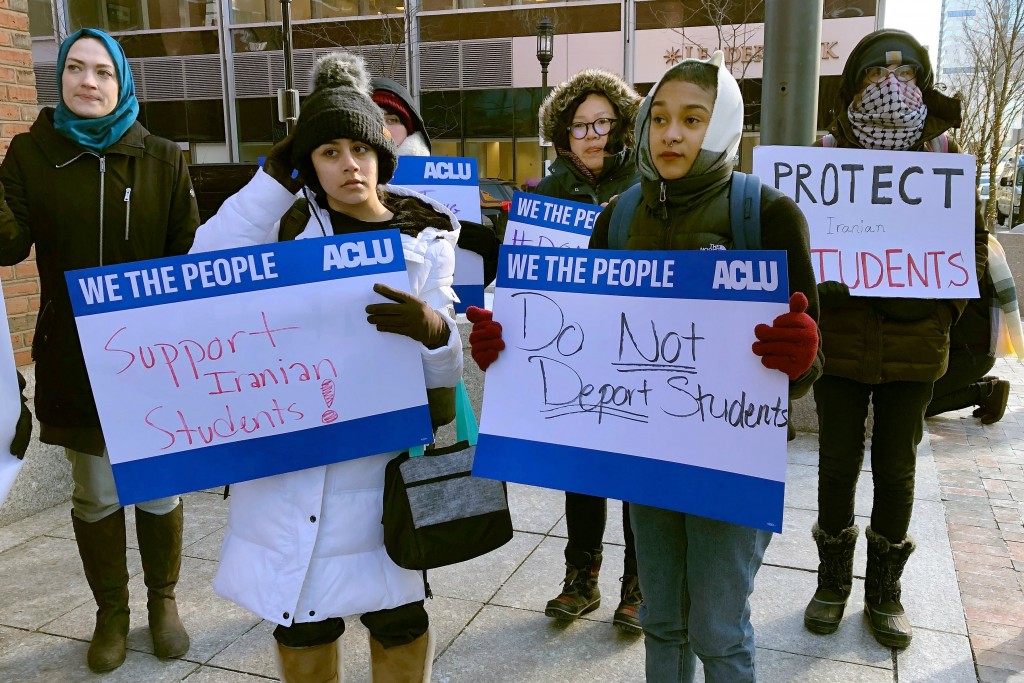 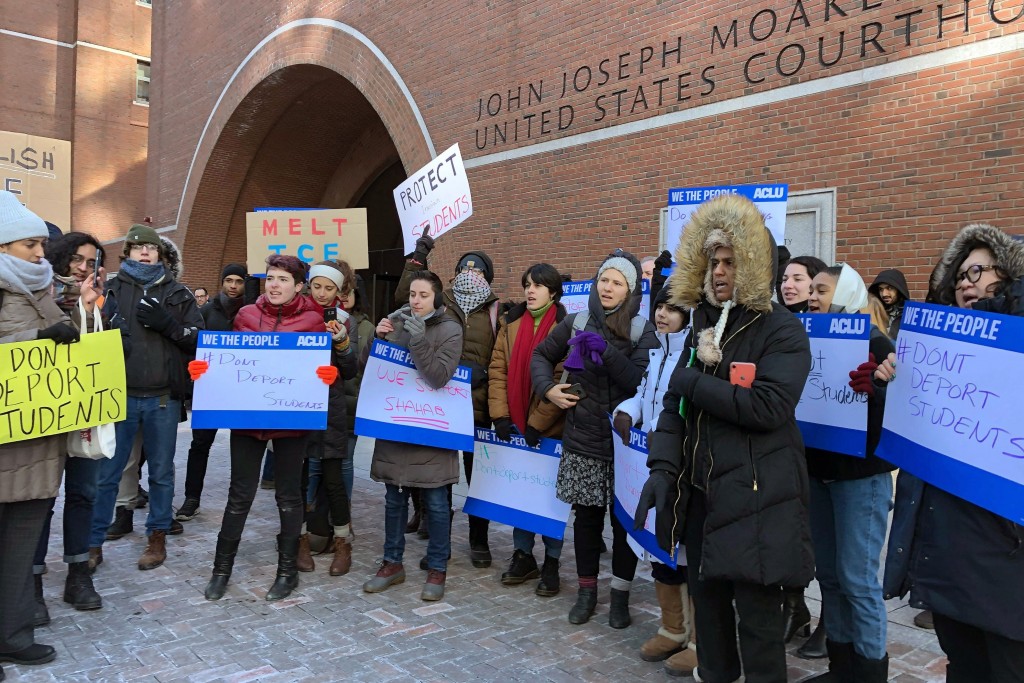 BOSTON (AP) — Federal lawmakers and college professors in Massachusetts are demanding answers after an Iranian student was denied entry into the U.S. despite a court order temporarily staying his removal.

U.S. Sens. Ed Markey and Elizabeth Warren and U.S. Rep. Ayanna Pressley sent a letter to U.S. Customs and Border Protection on Thursday saying they're concerned Iranian students are being targeted for additional inspections and being swiftly removed from the country at airports and other ports of entry.

The Democrats want the agency to provide by Feb. 6 any policies or guidelines addressing enhanced screenings and inspections, as well as a breakdown of every instance in which an Iranian visa holder was deemed inadmissible and ordered removed from the country, among other things.

The American Civil Liberties Union has said at least 10 students have been sent back to Iran after flying into the U.S. since August, when college students typically arrive for classes. Seven of them were detained at Boston's Logan Airport, the organization said.

Markey, Warren and Pressley are also seeking a specific explanation for the removal of Northeastern University student Shahab Dehghani this week.

Lawyers for the 24-year-old Iranian national say he was denied entry into the country at Logan Airport despite having a valid student visa and securing an emergency stay of removal from a federal judge.

Northeastern University faculty members issued a letter to Customs and Border Protection and other federal agencies Thursday expressing support for Dehghani, who is identified in court records as Mohammad Shahab Dehghani Hossein Abadi.

The nearly 100 signers of the letter say federal officials should re-validate his student visa and allow him to begin his semester at Northeastern.

A spokesman for Customs and Border Protection declined to comment, saying the agency will respond directly to the senders of the letters.

Dehghani's lawyer Kerry Doyle, meanwhile, also responded to claims her client was denied entry into the country because his family has ties to the Iranian military's Islamic Revolutionary Guard Corps.

The Trump administration has deemed the guard a foreign terrorist organization and killed one of its top generals, Qassem Soleimani, in a drone strike earlier this month.

Doyle, speaking with The Associated Press late Wednesday, dismissed the allegations raised by federal officials as “spurious” and a “shameful attempt at redirecting attention" from the Trump administration's “xenophobic policies.”

She declined to elaborate, but noted that Dehghani underwent a nearly yearlong vetting process with the U.S. Department of State before his visa was issued this month.

Doyle said she is currently pursuing further legal actions for her client, including requesting a federal judge compel Customs and Border Protection to explain why it didn't honor the court order temporarily halting his removal.