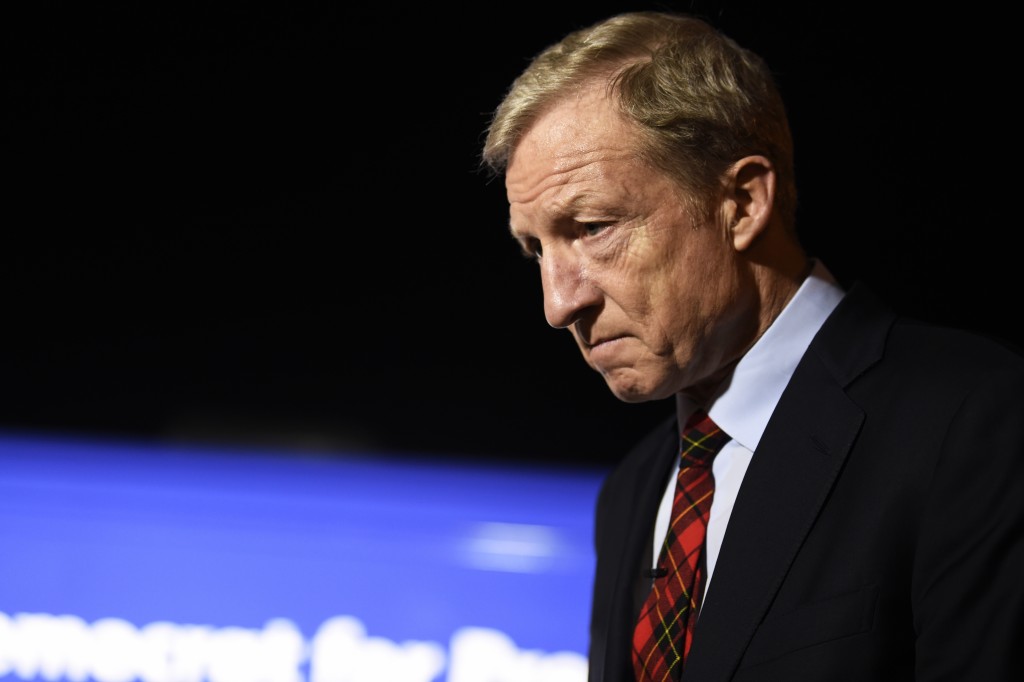 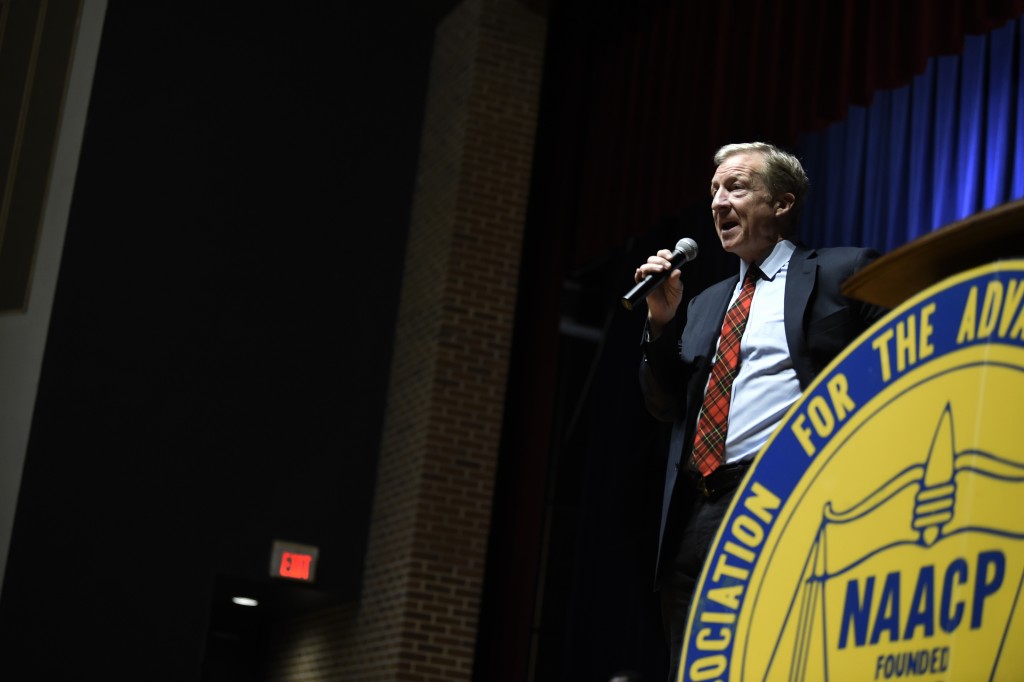 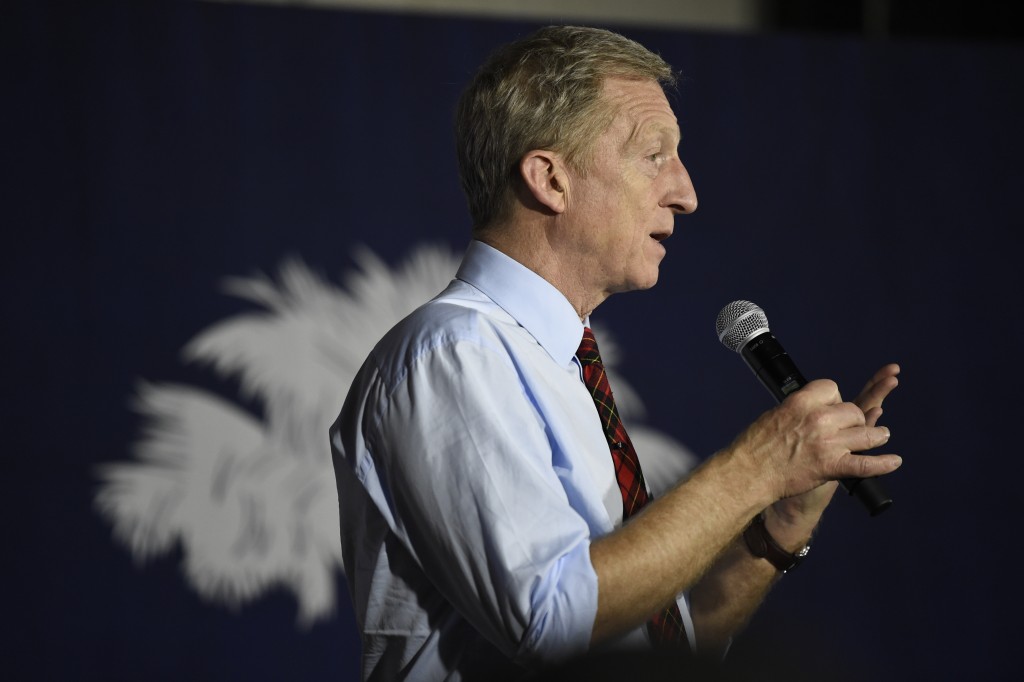 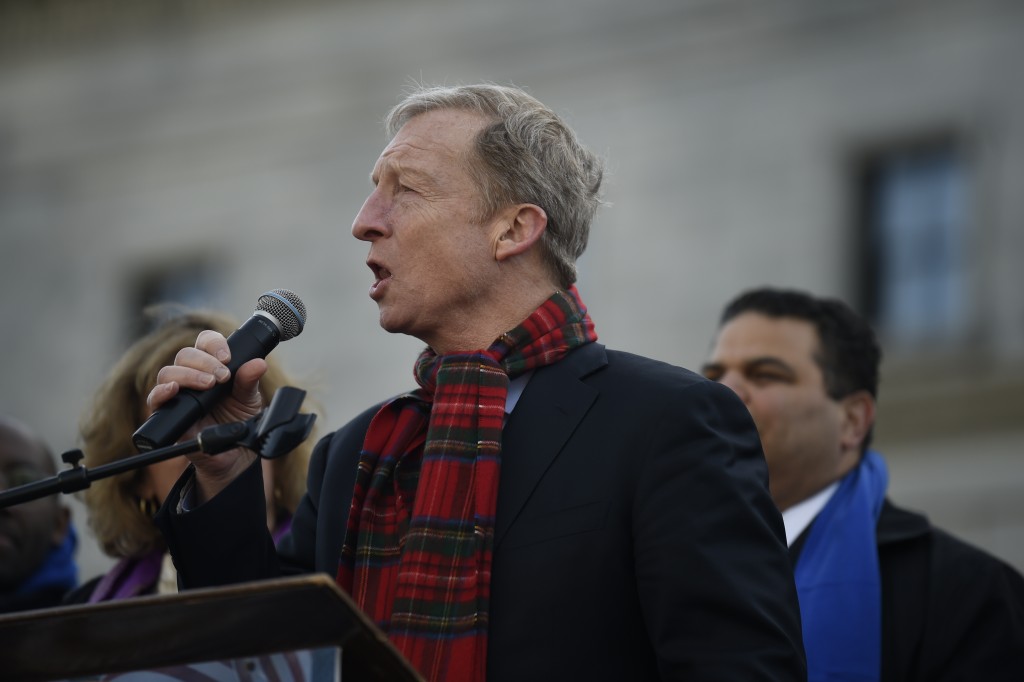 COLUMBIA, S.C. (AP) — Democratic presidential candidate Tom Steyer is proposing a criminal justice reform plan that would reduce the costs of incarceration by redirecting funds to education, community policing and rehabilitation in an effort to amend a system he sees as prejudiced against lower-income communities and people of color.

“Racial bias permeates the system, really from policing to after they’ve been incarcerated,” Steyer told The Associated Press before the planned release of his proposal Thursday. “Shouldn’t we have a system that starts talking about preventing people from getting into this whole thing and then tries to rehabilitate them, for their own sake and for everybody in society’s sake?”

Steyer rolled out the plan after several days of campaigning in South Carolina. Black voters make up the majority of the Democratic electorate in the state, and many of them name criminal justice reform as among their top priorities in selecting a candidate in the primary. Former Vice President Joe Biden has deep support in South Carolina, which holds the first primary vote in the South, but Steyer has steadily been working to make inroads, particularly among black voters.

Steyer, a billionaire environmental activist, spent the weekend in South Carolina, holding several town hall-style events and, along with more than a half-dozen of his Democratic rivals, marching shoulder to shoulder in Columbia to commemorate Martin Luther King Jr. Day.

“When you look at the policy issues that the presidential candidates are addressing, you can’t look at any of those issues without realizing that there’s an underlying point about race in every one,” Steyer said Monday at the King Day at the Dome rally, following the march. “Criminal justice: How do you discuss that without talking about race?”

In part, Steyer proposes a top-down change in federal law enforcement, creating what his plan calls “a progressive Department of Justice,” including revamping federal grant programs to fund state and local initiatives. He would also reverse Trump-era policies he sees as restrictive, restoring prosecutorial discretion in seeking lower sentences for some drug crimes.

Part of Steyer’s education effort focuses on reforming the juvenile justice system, where black children are five times more likely than white children to be incarcerated. Noting that many of the reforms he wants — ending solitary confinement for kids and ending truancy-related incarceration, among them — would take place at the state level, Steyer also proposes putting $600 million toward a Bureau of Juvenile Justice, which would work toward reducing the number of juveniles incarcerated and liaise with states to encourage reforms.

“I can see a government that refuses to spend the money on young people so they can live up to their talents and their ambitions and their abilities,” Steyer said Sunday during an NAACP program at South Carolina State University, characterizing the iniquities as “political violence.”

Like others in the field, Steyer proposes an end to the cash bail system, which his plan says “targets poor people and people of color.” He would also create a commission intended to reduce recidivism by fully funding grant programs focusing on reentry opportunities and reinstate voting rights for “all formerly incarcerated individuals.”

In terms of policing, Steyer proposes anti-racial bias training for officers, as well as $500 million for community policing programs. Steyer would also create a task force on studying mental health and policing.

He hopes the reforms can ultimately reduce the nation's prison population by as much as half.

"We tend to look at the behavior and punish the perpetrator, as opposed to understanding that this didn't just happen out of nowhere," Steyer said. "Clearly our way of dealing with it hasn't been working."