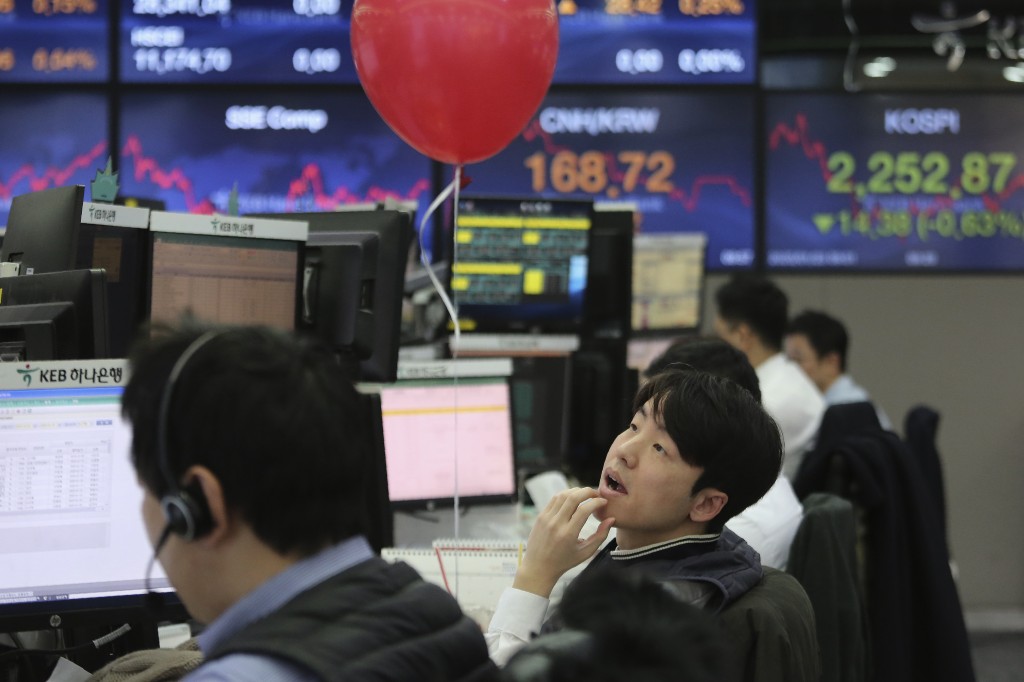 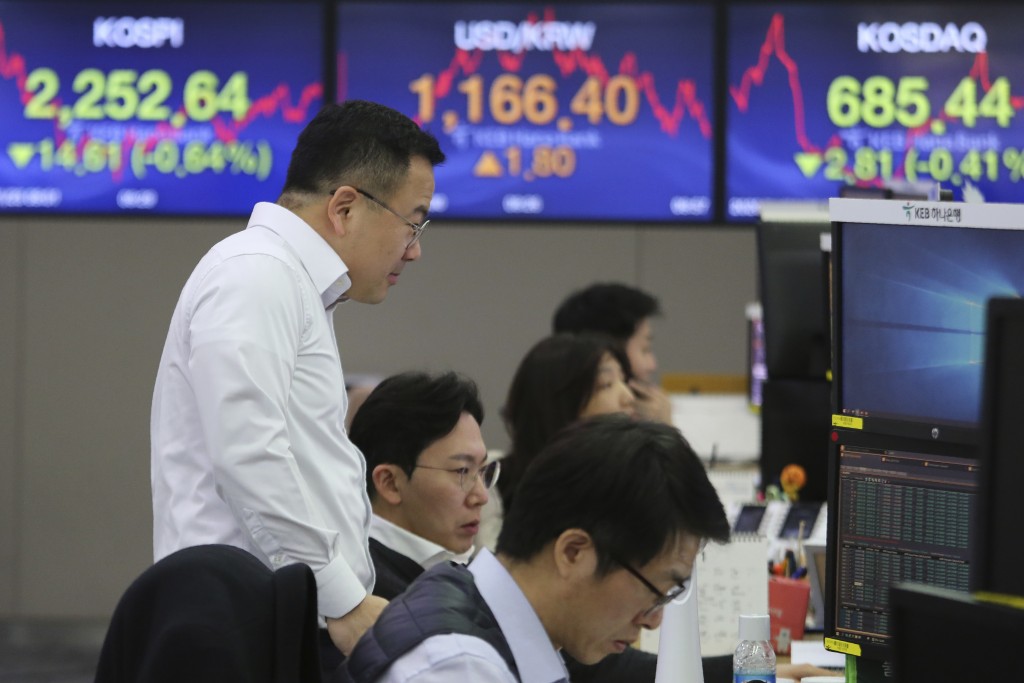 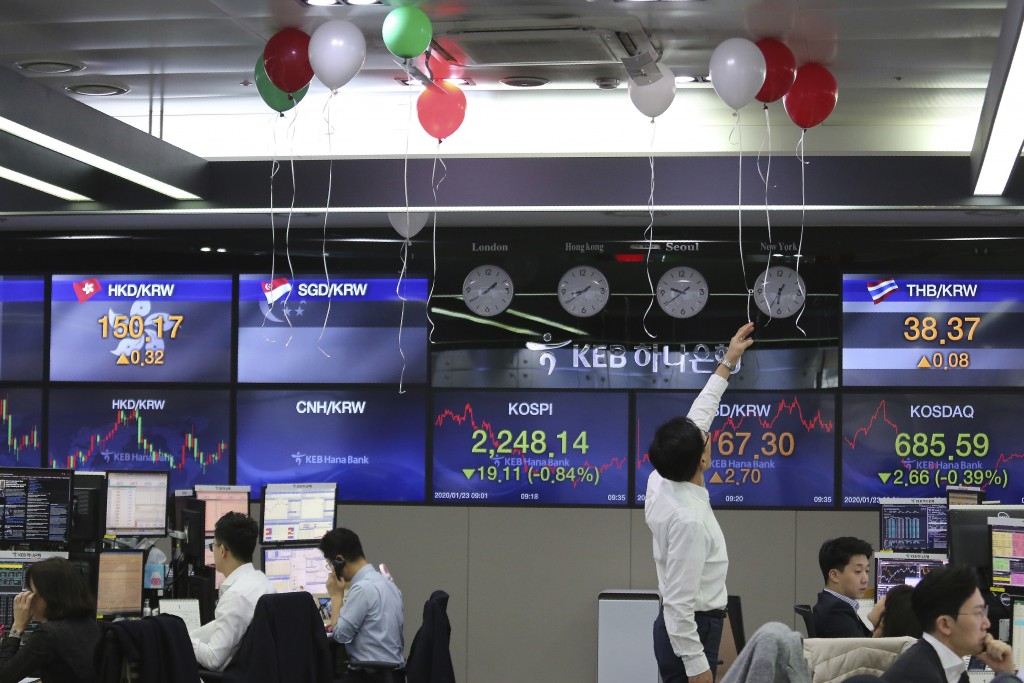 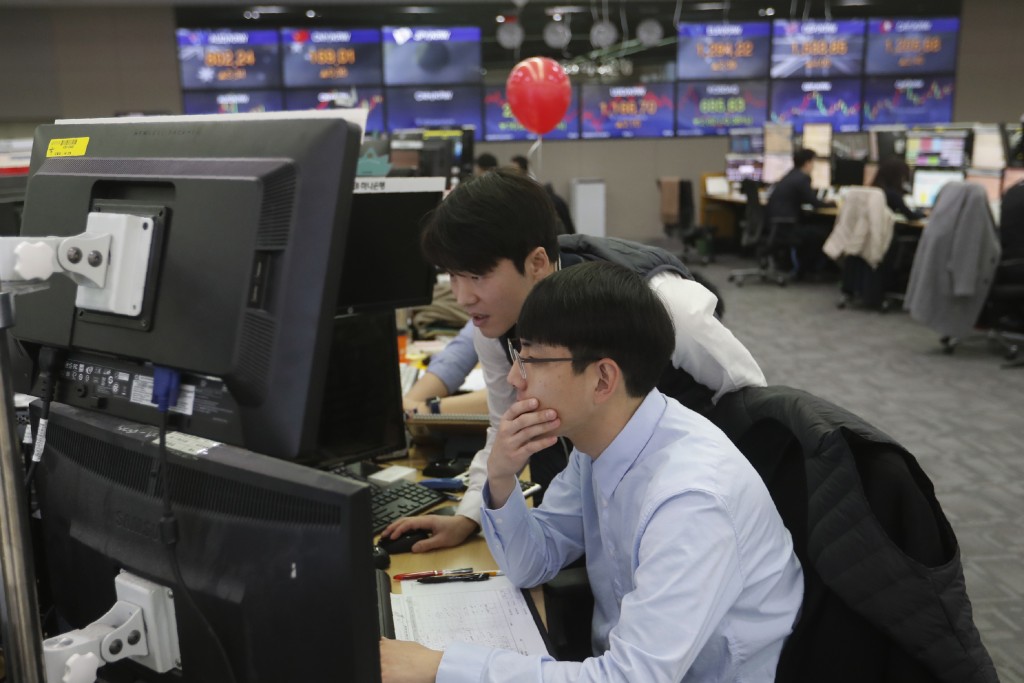 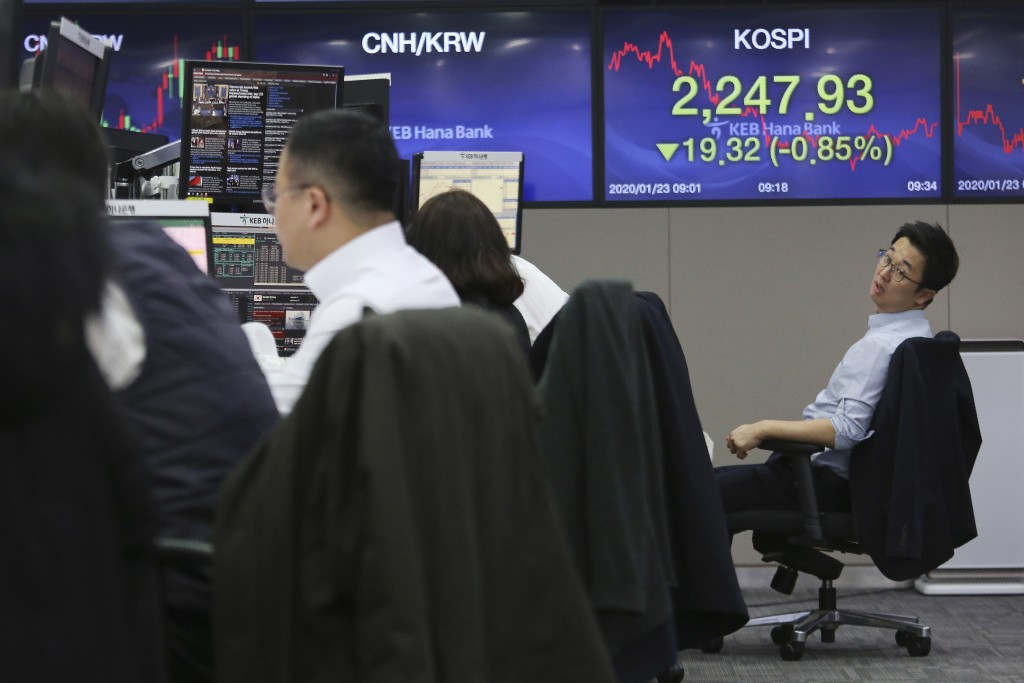 NEW YORK (AP) — US stocks are falling at the start of trading Thursday, following other markets lower as authorities rush to contain a deadly virus outbreak in China. The coronavirus has been confirmed in five countries, and the worry is that its spread could hurt tourism and the global economy. Losses were sharpest in Asia, particularly in China. European indexes fell more modestly, and the S&P 500 lost 19 points, or 0.6%, to 3,302. The Dow Jones Industrial Average fell 210, or 0.7%, to 28,976, and the Nasdaq dropped 48, or 0.5%, to 9,335 The 10-year Treasury yield slumped to 1.72% from 1.77%.

World shares fell Thursday as health authorities around the world rushed to monitor and contain a deadly virus outbreak in China and keep it from spreading globally.

China and other nations have ramped up screenings for fever on aircraft and at airports. The central Chinese city of Wuhan, where the virus is concentrated, closed down its train station and airport Thursday to prevent people from entering or leaving the city.

Adding to concerns, the outbreak coincides with the annual travel of hundreds of millions of Chinese for the Lunar New Year festival, which begins Friday.

The coronavirus has been confirmed in five countries, including China, the U.S., Thailand, Japan and South Korea. So far, China has confirmed more than 500 people have fallen sick and 17 have died from the illness, which can cause pneumonia and other severe respiratory symptoms.

A World Health Organization committee was scheduled to meet for a second day Thursday as it decides whether to declare China's virus outbreak a global health emergency.

“As far as the market is concerned, the current reaction remains mild and perhaps rightly so given the difficulty to estimate the impact of an evolving syndrome," Jingyi Pan of IG said in a commentary. By postponing a decision on whether the virus is a global health emergency, the WHO helped assuage some fears the crisis is escalating, she said.

In other news, Japan reported Thursday that its trade balance was negative in 2019 for a second straight year, as China-U.S. trade tensions and friction with neighboring South Korea bit into exports.