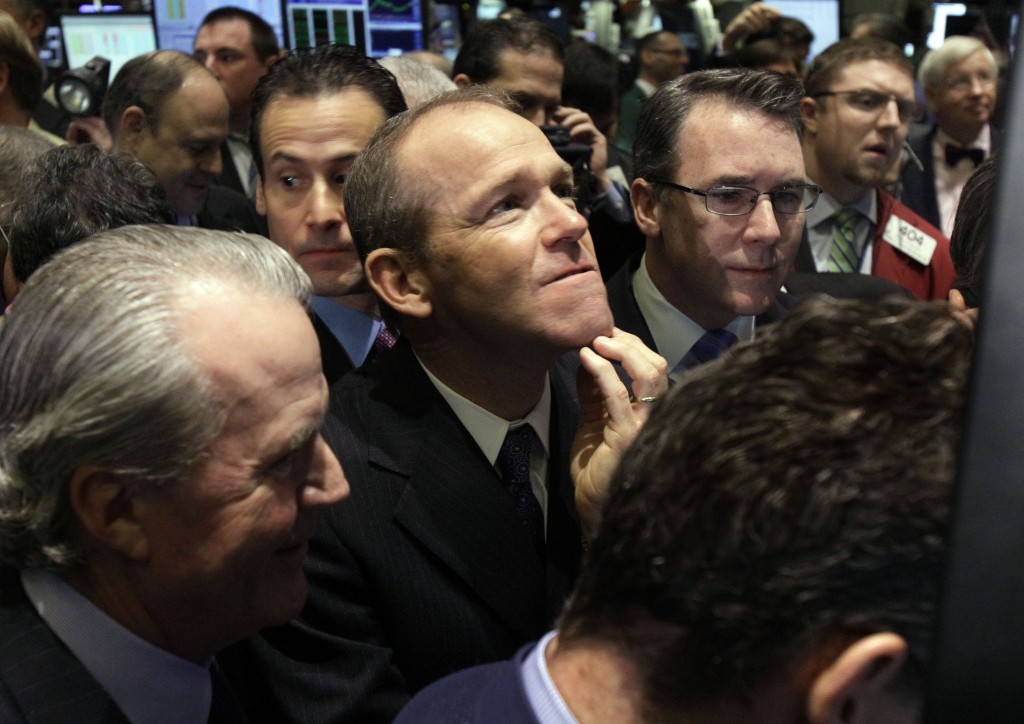 Boeing's new CEO said Wednesday that production of the 737 Max will resume this spring, months before the company expects federal regulators to certify the grounded plane to fly again.

David Calhoun also said he believes passengers will fly on the Max when federal regulators say it is safe and they see airline pilots getting on the plane.

Calhoun dismissed the idea that Boeing's best-selling jet might never fly again or that the company should change the plane's name.

An FAA spokesman said in a statement that the agency is being thorough and deliberate as it checks Boeing's proposed changes to the Max, and the agency has no timetable for finishing that review.

Calhoun, who replaced fired CEO Dennis Muilenburg this month, spoke to reporters after meeting with Boeing employees in Seattle.

Calhoun defended the company's culture and denied that it had placed profit above safety. He did not defend internal Boeing communications in which employees involved in developing the Max ridiculed the plane and regulators and tried to convince airlines not to use flight simulators to train pilots for the Max.

“It is totally appalling,” he said of the messages.

Calhoun's comments came one day after Boeing announced that it expects the FAA to certify the Max this summer — Calhoun repeatedly referred to June. Boeing forecasts about the plane's return have proven wrong several times since the plane was grounded last March.

The company temporarily shut down the Max assembly line near Seattle in the last few days. Calhoun told reporters that production will resume “a few months before" June. Pressed on the timing, he suggested that the assembly line could reopen in about two months.

Boeing has reassigned its 3,000 employees who work on Max assembly, and he repeated Wednesday that they will not be laid off or furloughed. However, some suppliers have announced layoffs. Spirit AeroSystems, which makes fuselages for the Max, has said it will cut 2,800 jobs.

Boeing is a huge exporter, and the pause in production of its best-selling plane is expected to ripple through the nation's economy.

Analysts at IHS Markit said Wednesday that a shutdown through June would shave one-tenth of a percentage point off U.S. economic growth, and the damage will double if the Max is shuttered through December. IHS said the estimates didn't account for the indirect effects of lower employment, income and spending related to the Max.

Treasury Secretary Steve Mnuchin made an even more dire prediction this month. He said the Max's travails would reduce U.S. gross domestic product by one-half a percentage point.