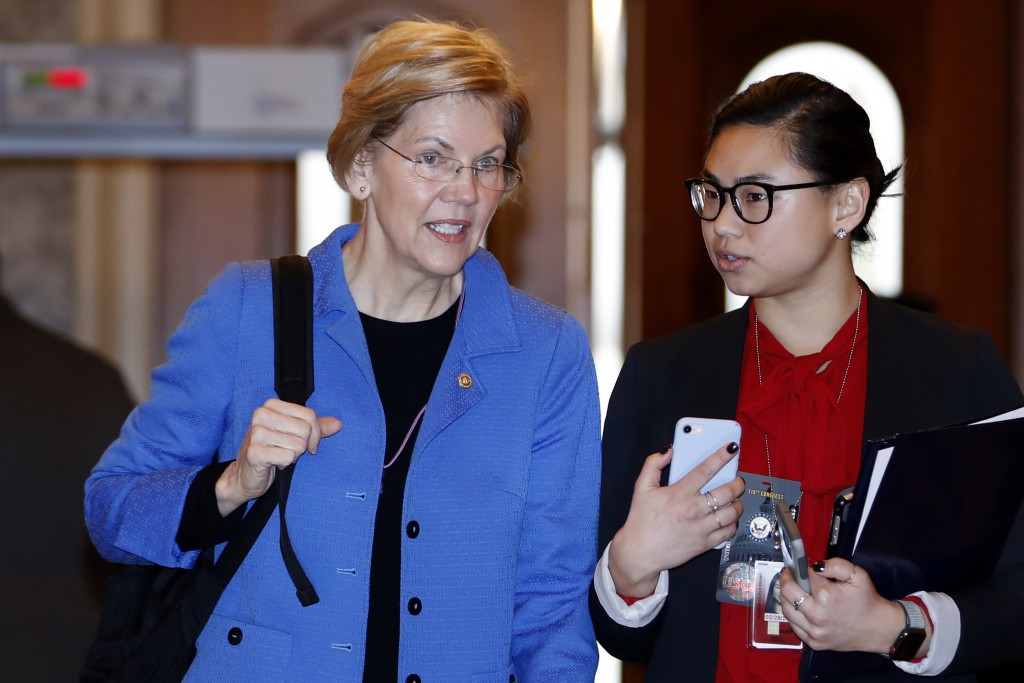 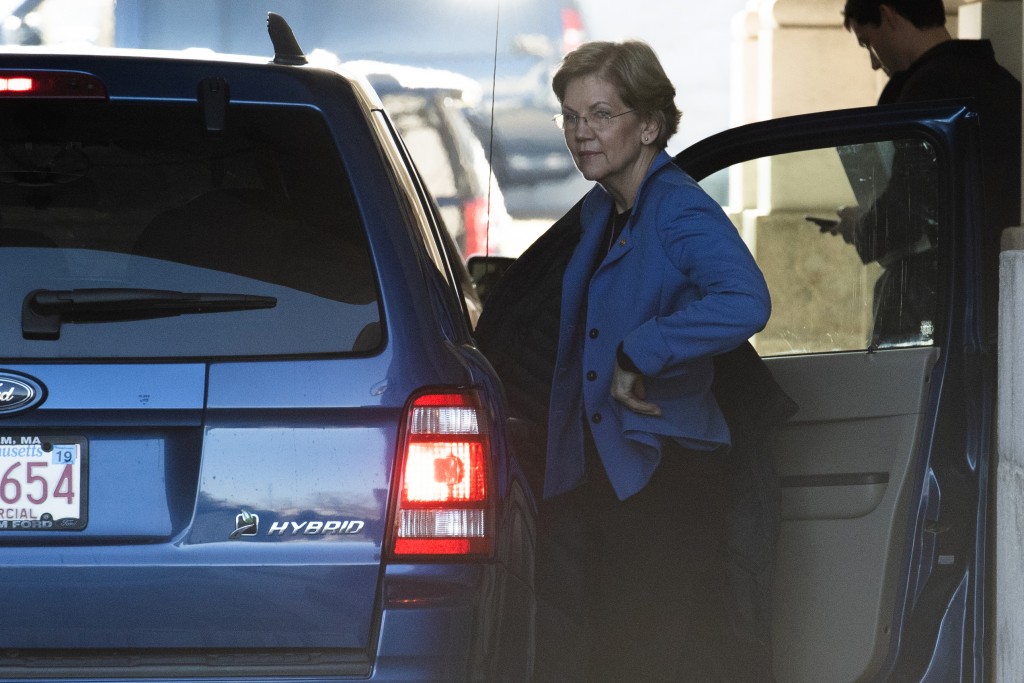 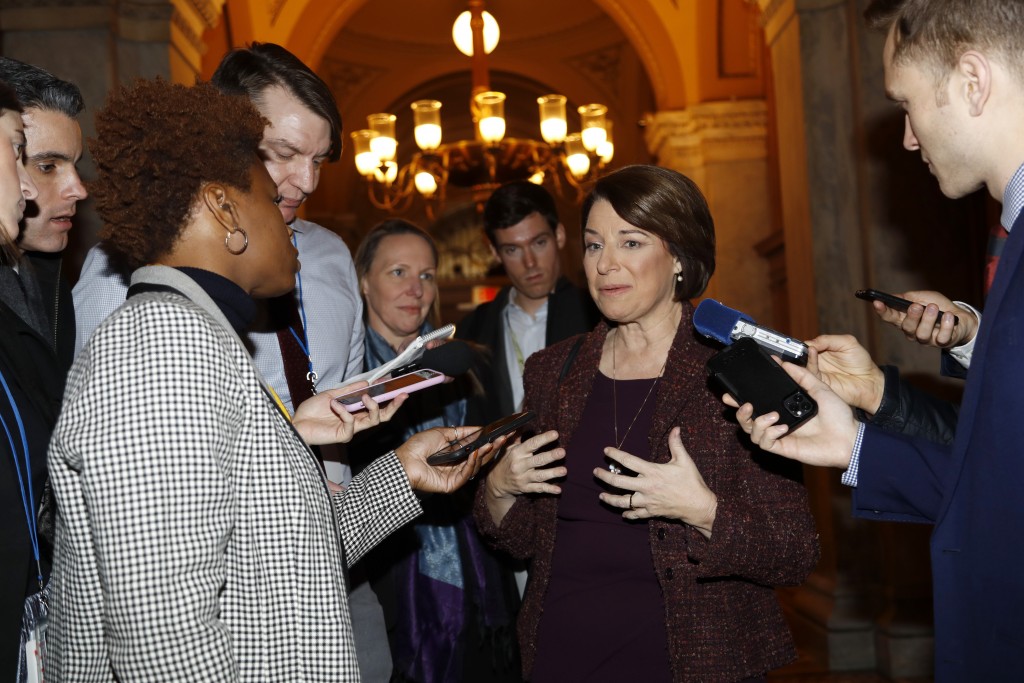 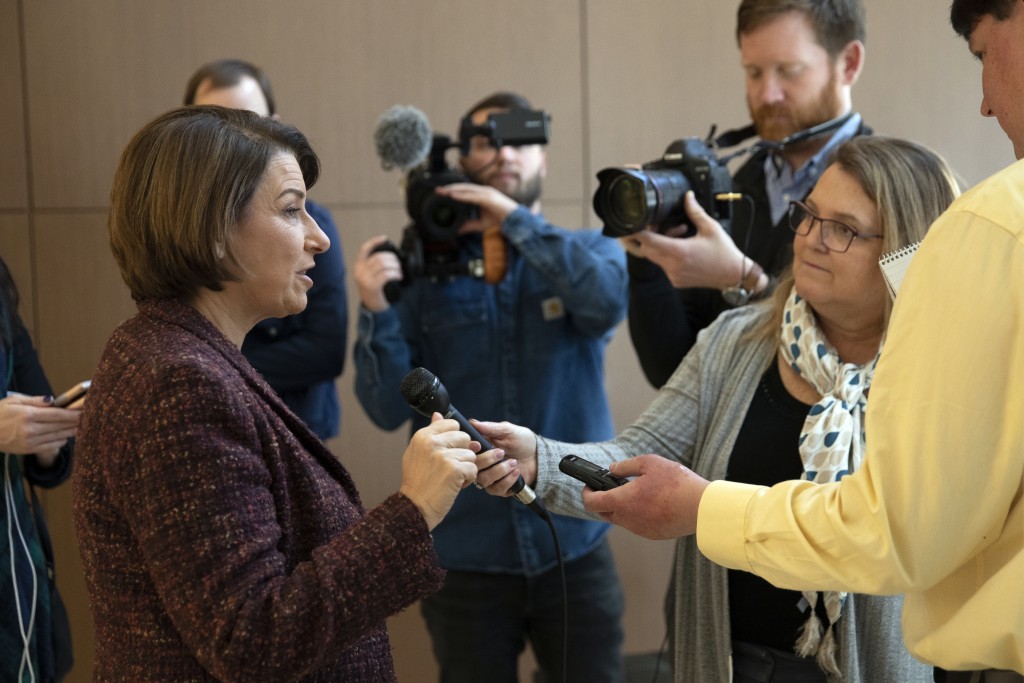 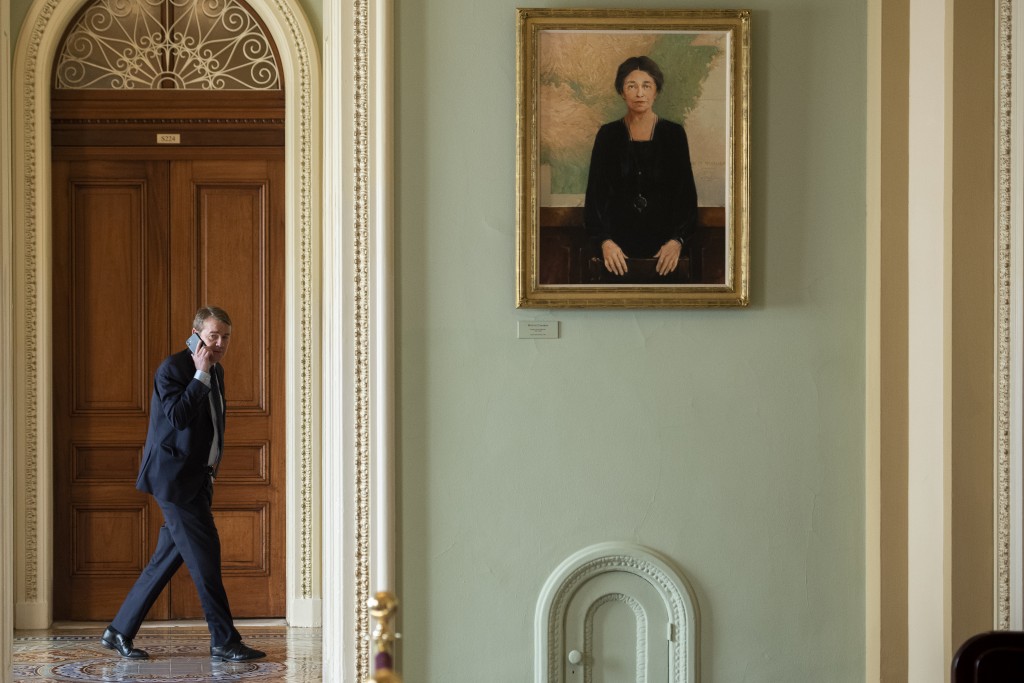 WASHINGTON (AP) — The four Democratic senators seeking the White House want to be out there campaigning, but they’re pulled off the presidential campaign trail and into the Senate to serve as jurors in President Donald Trump's impeachment trial.

That means forgoing raucous events and adoring crowds for hours of passively listening to a procedure designed to be solemn and rule-bound. The presidential hopefuls can’t freely ask questions or even talk to their colleagues or use their cellphones. It amounts to a political muzzle for Sens. Elizabeth Warren of Massachusetts, Bernie Sanders of Vermont, Amy Klobuchar of Minnesota and Michael Bennet of Colorado -- all of whom want as much attention as they can get right now.

“I am used to going practically 24-7, town hall after town hall answering questions, and all of a sudden you're in like a digital detox,” Klobuchar said in an interview Wednesday.

Bennet said he'll campaign whenever possible on Sundays, when the Senate isn't in session. Otherwise, he's trying to take the interruption in stride.

“There's no sense worrying about it," he said by phone. “It's out of my hands."

The timing couldn’t be worse. The trial may run six days a week and last through the Iowa caucuses, which kick off the Democratic contest on Feb 3. That means the four senators in the race likely won’t get the chance to deliver critical, final arguments to voters who could set the tone for the rest of the race.

"This is where you are in the manager’s office trying to get the best price on that new car and suddenly you’re not there to close the deal,” said Alice Stewart, a Republican strategist who worked on Sen. Ted Cruz’s presidential campaign in 2016 and Mike Huckabee’s 2008 bid, when each won Iowa.

Democratic pollster John Zogby said Sanders, Warren and Klobochar have perhaps the most to lose because they "are the three that seem to have the most momentum.”

“Presence is preeminent," Zogby said. "You’ve got to be there to press the flesh.”

Making matters worse, the Senate trial will be long and complicated enough that it doesn't give the candidates many opportunities to present themselves hard at work on behalf of voters . During the closing stretch of the 2008 general election, Barack Obama and John McCain returned to Washington to vote on measures responding to the economic collapse. More recently, the Supreme Court confirmation hearings of Brett Kavanaugh offered high-profile opportunities for candidates including Klobuchar to take on the Trump administration.

But for the trial, senators can only submit questions in writing. It's up to Chief Justice John Roberts, who is presiding over the trial, to read them.

The contrast between hustling for homestretch support in snowy Iowa and the plodding impeachment trial was on full display this week.

Sanders sat through the proceedings nearly totally motionless, listening with one hand balled into a fist pushed against his lips and the other on his hip. He often had little more than a legal pad on his desk. When White House Counsel Pat Cipollone , arguing in support of the president, quipped Tuesday, “Some of you are upset because you shot be in Iowa right now,” Sanders offered a small, brief grin.

Warren held both a blue pen and a yellow pencil, alternating between the two to take notes. She sometimes held the pen, or just its cap, in her teeth.

Publicly, the senators say they are proud to participate in historic proceedings, as their day jobs demand. But privately, their advisers acknowledge that campaigns that were already difficult to manage logistically have gotten exponentially more so.

Before returning to Washington, Sanders said he’d rather be campaigning and implored supporters to “carry the ball” in his absence. Warren suggested she'd be nostalgic for Iowa while stuck in Washington, saying, “I truly love this part of the campaign and I hope I’ll be able to come back more.”

Both Warren and Sanders have spoken about attending the trial by day and rushing to Iowa to campaign by night -- something that might be possible using private jets. But Sanders canceled a Wednesday evening rally he’d planned at the University of Northern Iowa, given the trial's long and still uncertain upcoming schedule.

Klobuchar has her husband and daughter campaigning in her place, and purchased studio time to do hits with TV stations in Iowa and beyond.

It could all be a boon to former Vice President Joe Biden and Pete Buttigieg, the former mayor of South Bend, Indiana, who aren't part of the trial. But their aides said they're not operating with an assumption that the trial will hurt the political prospects of their rivals.

“They aren’t going to be pulling down their ads or pulling their organizers off during the trial,” said Anita Dunn, a Biden senior strategist. “There’s no reason why everyone doesn’t continue their campaigns, and they will.”

Still, Iowa does feels eerily suspended in time. There are no frantic days of multi-candidate, multi-city stops. Biden and Buttigieg wrapped up brief bus tours on Wednesday, leaving businessman Andrew Yang with the state to himself on Thursday and Friday.

Keri Quattlebaum, a 48-year-old office manager for a nonprofit in the Iowa capital of Des Moines, said she’s still deciding between Sanders, Warren and Biden. But she said it's not a dealbreaker that she won't see them in person.

“I think people in Iowa are savvy enough to follow impeachment,” Quattlebaum said.