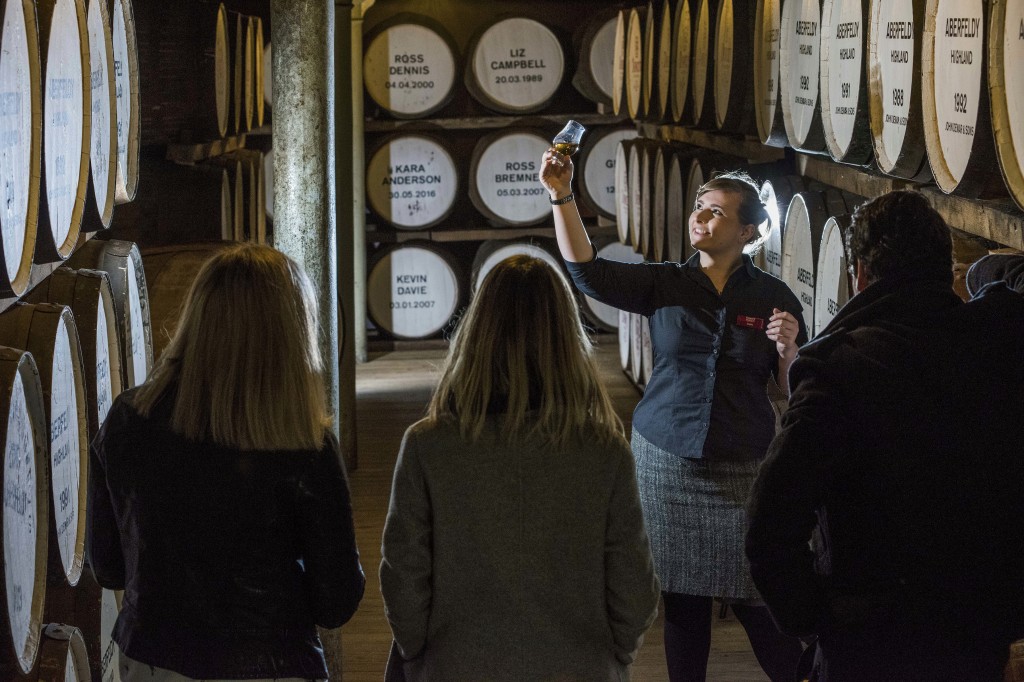 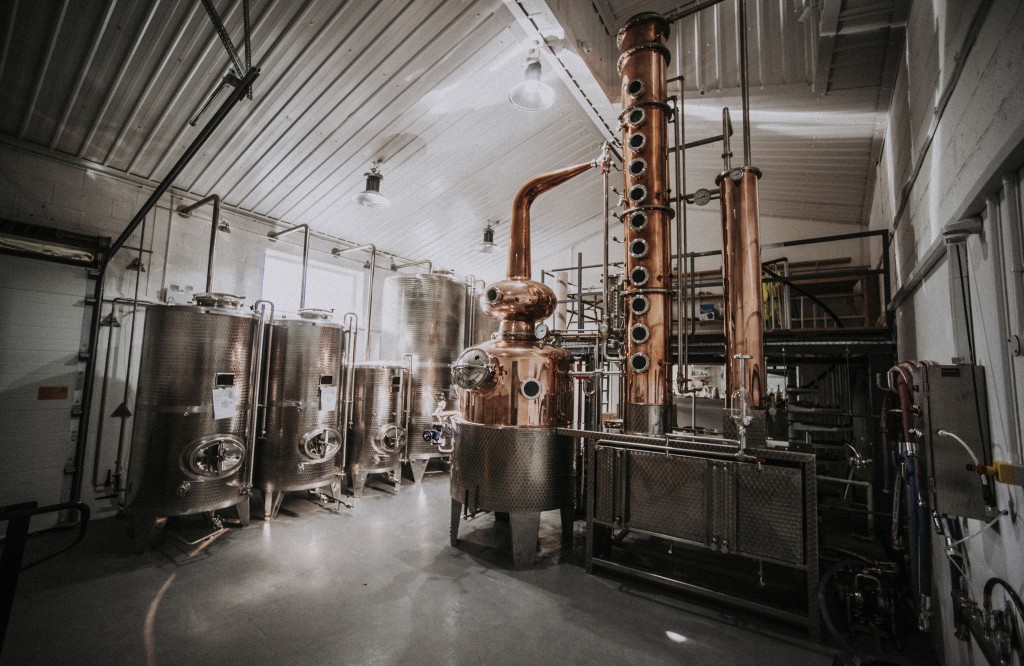 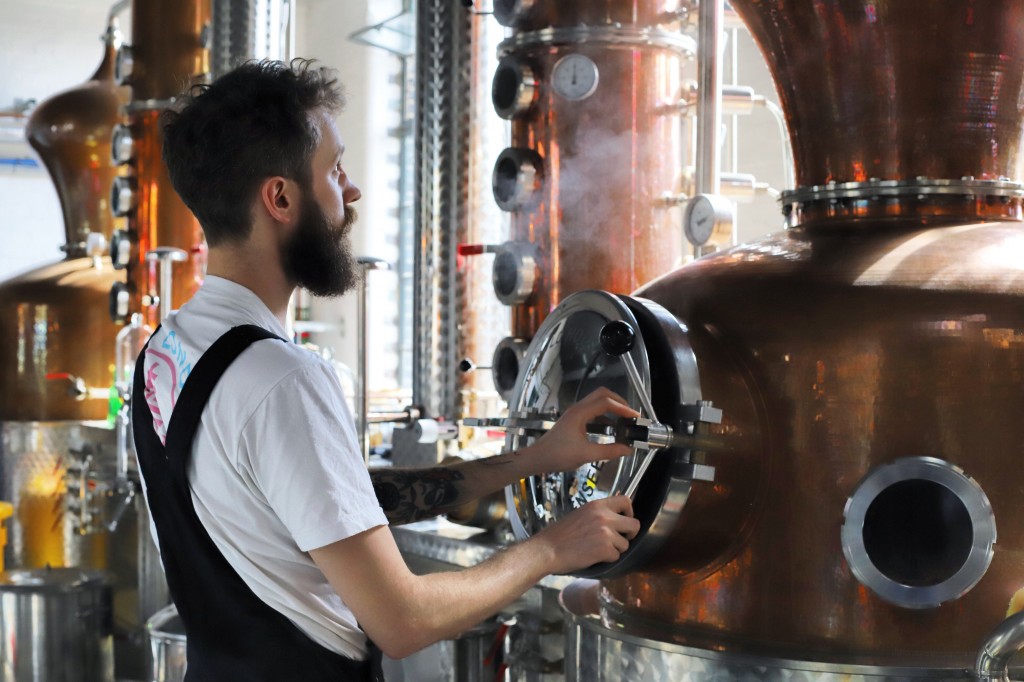 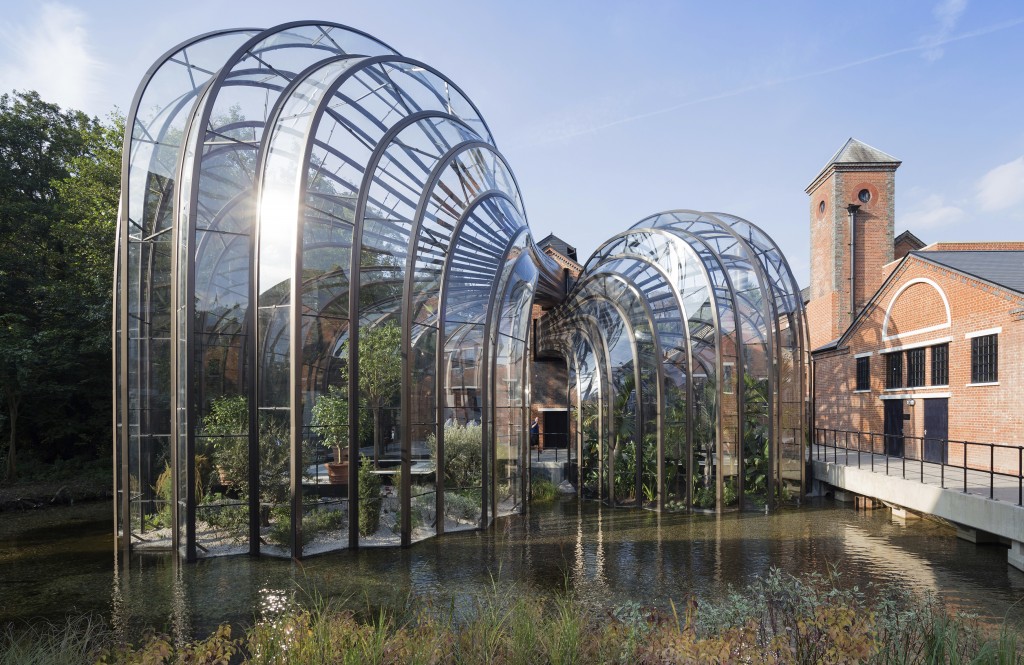 Many people these days are thirsting not just for a drink but for knowledge about where it comes from. ``Spirit tourism’’ is booming across the United Kingdom, with artisanal brands and micro distilleries popping up and many global brands distilled here.

Bombay Sapphire distillery, for example, produces its iconic blue bottles of gin in a former paper mill in Hampshire, England. Gin has been enjoying a renaissance, according to the Wine and Spirit Trade Association, and even well-established global brands have been trying to up their game.

“When Bombay Sapphire came out 30 years ago, in 1986, there was probably a handful of different gins. Now we're seeing about 200 new gins on the market every single year in the U.K. alone,” says spokesman Sam Carter.

Over 100,000 people a year come through the distillery, he says. Along with tours, Bombay Sapphire offers cocktail master classes, botanical supper clubs, and horticultural tours through the surrounding conservation area.

Bombay’s master distiller, Ann Brock, sees the rise of spirit tourism as a response to public desire to “go and meet the makers.”

“People are finding their local distillery. They're enjoying that spirit and they're going on from there and exploring,’’ she says.

The classic gin and tonic is in decline, Carter says, replaced by cocktails like the Negroni, French 75, or gin and ginger.

“One of the most important things for us is to get people to come down, create cocktails themselves, feel really comfortable about making cocktails and then be able to replicate them at home,” he says.

Brock hopes visitors also get a better understanding of what to look for in a gin.

For a different kind of experience, visitors can travel to The Black Cow Distillery on an organic farm in West Dorset, England, where dairy farmer Jason Barber and his friend Paul “Archie” Archard started a vodka brand in 2012.

Barber’s family has been making cheese for over two centuries, and the pair make vodka from what is left over from that process.

“Premium brand drinks, especially, talk about the quality of their materials and where it comes from, and traditionally, spirits always were made out of what's left over from the table,” Archie explains.

He and Barber, he says, have taken something from the dairy process of “a low material value and turned it into, we think, the smoothest vodka in the world.”

As well as a distillery tour, they offer cocktail-making classes, and serve fresh local food in their bar and kitchen.

“From cow to bottle it’s probably a fortnight,’’ says Barber. ``And if I want to take longer, I take longer, basically. But there's no hurry. And the same when you're drinking it.”

Back in the bustling capital, East London Liquor company produces British wheat vodka, three London Dry-style gins and whisky. Based in a historic glue factory in Bow Wharf, the distillery has a bar attached where guests can enjoy a drink while watching production through a glass wall.

“What beats sitting here having a martini, watching it being made?” says founder and ex-bartender Alex Wolpert.

Wolpert says he founded East London Liquor several years ago to democratize booze, producing something local, independent and affordable. The company offers a whisky, a gin and a mixed distillery tour, and Wolpert says everyone leaves with a bottle.

“When they've had that kind of sensuous, tactile involvement in the process, they’ve been behind (the scenes), they've picked up the juniper berries ... there's a relationship there,’’ Wolpert says. ``So, you're kind of almost by default building advocates of what we do by having them in the production space.’’

Carter advises spirit enthusiasts to sit at the bar and talk to the bartenders.

“If you can find your favorite watering holes where you can trust the bar team to recommend stuff, that's always a great starting point,” he says.

Finally, no spirit tourism trip is complete without a visit to Scotland.

Dewar’s Aberfeldy Distillery in the Scottish Highlands has been producing Scotch whisky since 1898, and offers traditional whisky tastings, a luxury blenders tour, and a whisky and chocolate tasting tour.

“We're seeing people really want to get in depth. They want to get under the skin of how the whisky is produced, and they want to taste different ones,” says in-house whisky expert Simon Robinson.

“I think that provenance, sustainability and telling a story behind the liquid are just becoming increasingly important,” he adds.

He hopes visitors “take away an appreciation of Scotch whisky first and foremost, and ... the confidence to enjoy not just our whisky, although that is the ideal situation, but also other Scotch whisky and other things in this area.”