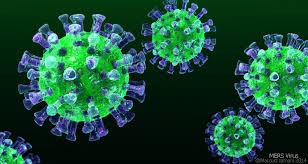 KAOHSIUNG CITY (Taiwan News) — Whenever Hollywood offers up an epidemic movie, the culprit behind the outbreak of the disease is usually a rogue scientist, a criminal mastermind, or a group of naïve activists who don’t know what they are doing.

There aren’t any movies I’m aware of where the responsibility for the spread of a deadly pandemic lies with a totalitarian regime that prioritizes protecting its own reputation and grip on power over the lives of the people it controls or those in the wider world.

But that is what appears to be happening right now with the Chinese Communist Party’s (CCP) mishandling of the coronavirus outbreak.

Earlier this week, with cases of the virus already being found in neighboring countries, including Japan and South Korea, Chinese officials were still claiming there had only been around a dozen cases of the virus identified in Wuhan. Medical experts even then were saying that for it to reach these countries there must be thousands of cases in China at least.

Even today, with the virus now identified in Taiwan, Thailand, and the USA, the Communist regime is still trying to bluff its way through, insisting that there are only a few hundred cases at most.

This is not the first time the CCP has taken this deeply irresponsible and wildly dangerous stance on the outbreak of a major epidemic. Their handling of outbreaks of the H5N1 strain of bird flu in 1997 and the SARS outbreak in 2002-2003 was deeply questionable and arguably led to the death of far more people than was necessary.

In each instance, the problem stemmed from China's instinctive reaction to try and suppress the outbreak rather than follow the WHO guidelines that require immediate honesty and transparency. Such reactions are sadly inevitable in an authoritarian regime where every official is out for themselves and corruption is rife.

The World Health Organization (WHO) has called an emergency meeting to discuss this latest crisis. It will be interesting to see how critical they are of China for once again seeking to cover up the outbreak of a disease rather than tackling it head-on in collaboration with other member states.

Such criticism seems unlikely given the level of influence China seems to have over this supposedly global body It is certainly highly unlikely to come from the Taiwanese authorities because since the election of President Tsai Ing-wen (蔡英文) this country has been refused even observer status at this crucial health forum at the behest of Chinese authorities.

Even though the coronavirus has now reached Taiwan, a country of almost 24 million people on the front line of the battle against this potentially deadly disease, it seems inevitable that China will once again stamp its feet and refuse Taiwan a seat at the table. Given their track record of acquiescence to Chinese tantrums and bullying, the WHO seems certain to refuse Taiwan’s participation once more.

Such a move completely undermines its core remit, potentially puts the lives of millions of people at risk, and given Taiwan’s crucial position in global trade and interconnectivity, also undermines any efforts the WHO might make to stem the outbreak of this disease. It would effectively make the WHO complicit in the spread of coronavirus. But no doubt, the demands of Communist China will be deemed more important than any of this.

So, what happens next? If the coronavirus follows the pattern of the previous epidemics that have broken out in China, there will be more deaths, but the spread of the virus will gradually slow as international doctors experiment with antibiotic and other drug combinations to try and tackle it.

The question is how long will this take? And how many deaths will there be before the coronavirus can be contained?

If Hollywood is anything to go by, such epidemics tend to only leave the likes of Will Smith, Brad Pitt, or Bruce Willis behind to find a solution while the rest of us mere mortals sadly perish.

Fingers crossed that the coronavirus isn’t that virulent. But the signs aren’t good. Human-to-human transmission has been confirmed, and today the Communist Party authorities have finally warned against travel to the Wuhan area and stopped people from leaving.

Such steps are clearly much too late already, but even if the coronavirus could be contained to the city of Wuhan alone, that still means 11 million people are at risk. If it can only be kept to Hubei province, that means a total of almost 60 million people could fall victim.

If the coronavirus does end up having such a devastating effect, which is perfectly possible given the failure of medical experts to tackle it so far, the big question is what it will mean for the regime that will be wholly responsible for the outbreak.

Could this be Communist China’s Chernobyl moment?

Chernobyl was the scene of a catastrophic nuclear meltdown in 1986 at a power station in Pripyat, now in the Ukraine but then a far-flung outpost of the Soviet Union.

The Soviets sought to cover it up, and it was only when the radiation cloud reached Sweden that the true scale of the disaster was known.

According to none other than former Soviet leader Mikhail Gorbachev, this incident was a turning point for the Soviet regime. It was a driving force behind his policy of glasnost which opened up Soviet society to the Western world and led eventually to the fall of the regime.

It is an interesting proposition that a major pandemic originating in Communist China could have a similar effect on the regime that today threatens global peace and security in the way the Soviets did thirty years ago.

There are differences of course. Gorbachev was a modernizing leader who was already pushing for more openness, and Chernobyl gave him the excuse. Xi Jinping, on the other hand, seems intent on taking China back to the dark days of Mao Zedong rather than making it a responsible country on the global stage.

But China is much more unwieldy than Soviet Russia and has far more people. If the Chinese start dying and believe the regime is to blame, who knows how the coronavirus epidemic will end.

At this stage, the prospects seem remote, but if an epidemic like coronavirus could result in the fall of the world’s most brutal totalitarian regime, perhaps it could provide a happy ending to what so far is a pretty dismal story of disease, death, and despotism.