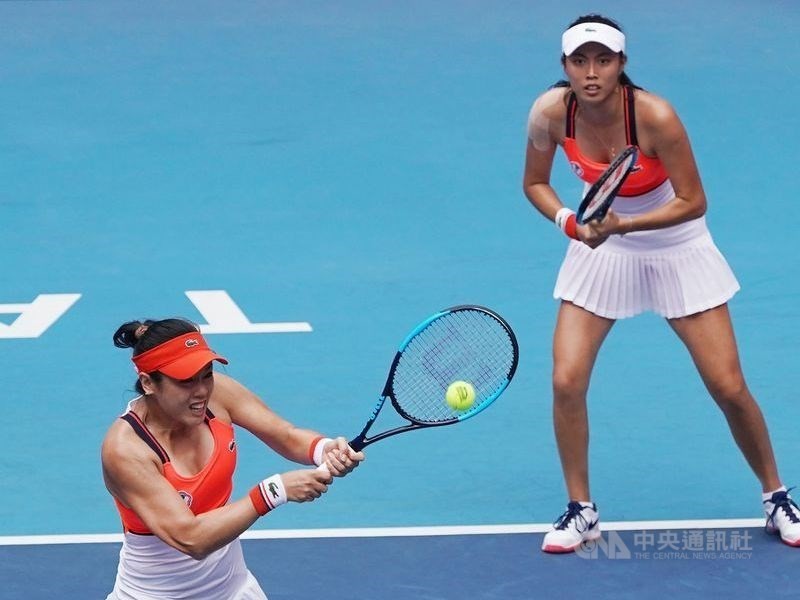 Taiwanese sisters Latisha Chan (詹詠然) and Chan Hao-ching (詹皓晴) reached the second round of the women's doubles at the Australian Open after two consecutive first-round defeats in tournaments this year.

The Chan sisters defeated Oksana Kalashnikova of Georgia and Miyu Kato of Japan 7-6(7-3), 6-3 in a match that lasted one hour and 40 minutes to advance to the next round.

The win was particularly uplifting for the sisters who have had a disappointing start to the new season with two consecutive first-round defeats at the Brisbane International and Hobart International this month.

The crucial moment in the match came with the first set tie-break which the Chan sisters won 7-3, before running away with the second set 6-3.

The Chan sisters will next face the winners of the match between Ekaterina Alexandrova of Russia and Irina Bara of Romania and Kaitlyn Christian of the United States and Alexa Guarachi of Chile.