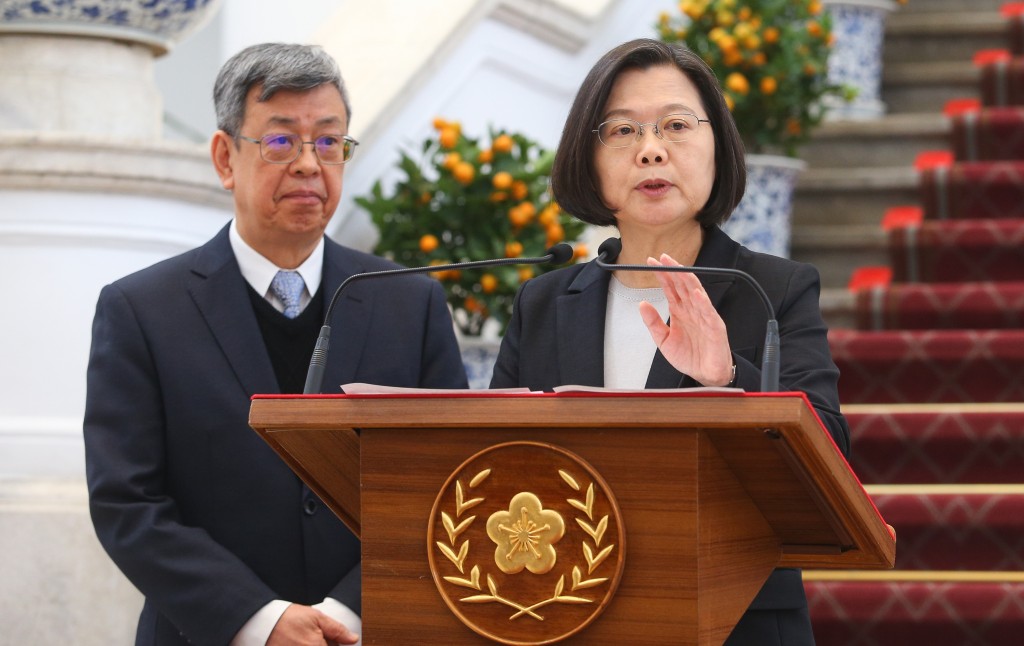 TAIPEI (Taiwan News) — President Tsai Ing-wen (蔡英文) called on the World Health Organization (WHO) not to continue blocking Taiwan’s participation due to “political factors” amid the outbreak of the deadly coronavirus (2019-nCoV) spreading from the Chinese city of Wuhan.

A 55-year-old Taiwanese woman was the first confirmed case of the mysterious disease in Taiwan, according to the island’s Ministry of Health and Welfare. The woman, who works in Wuhan, reported to the authorities upon her arrival at the airport in Taoyuan on Monday (Jan. 20), and her fever is said to have gone down after she received treatment at the hospital.

The administration has “sufficient experience, preparation, and confidence in dealing with the challenge,” said Tsai at a press conference on Wednesday morning (Jan. 22), accompanied by Vice President Chen Chien-jen (陳建仁), who served as a health minister during the outbreak of SARS on the island in 2003.

The government has asked travel agencies in Taiwan to call off all tour groups to Wuhan, said Tsai. She added that tourist groups from Wuhan had also been banned amid fears that the disease could spread further.

The president urged the Chinese authorities to keep the information on infections transparent and to share it instantly with Taiwan. “Political considerations should not outstrip safeguards for people,” she said.

Two Taiwanese medical experts were invited to Wuhan last week to investigate the coronavirus, the source of which remains unknown.

Tsai also called on the WHO to stop excluding Taiwan’s participation in the body over what she described as “political factors.” The 23 million people of Taiwan face constant health risks like everyone else on earth, and they are at the frontline of disease prevention, added Tsai.

The WHO, which continues to cite an agreement signed with China that claims Taiwan to be Chinese territory, has not invited the island to take part in its annual World Health Assembly since 2017. It also reportedly rejected Taiwanese medical experts’ requests for information during the SARS epidemic, which took 47 lives in Taiwan and more than 700 around the world, 17 years ago.

Vice President Chen asked the public to keep an eye on their own health and refrain from panicking about the disease.

The Central Epidemic Command Center, led by Director-General of the Center for Disease Control Chou Jih-haw (周志浩), has been established, said Chen. He added that a number of appointed hospitals in the north, central, south, and east region, as well as Taiwan’s outlying islands of Kinmen and Matzu had completed preparations for a potential disease outbreak.

As of press time, China has reported 440 confirmed cases of the coronavirus, with nine people killed. The disease has also spread to Macau, Japan, Thailand, South Korea, and the U.S.