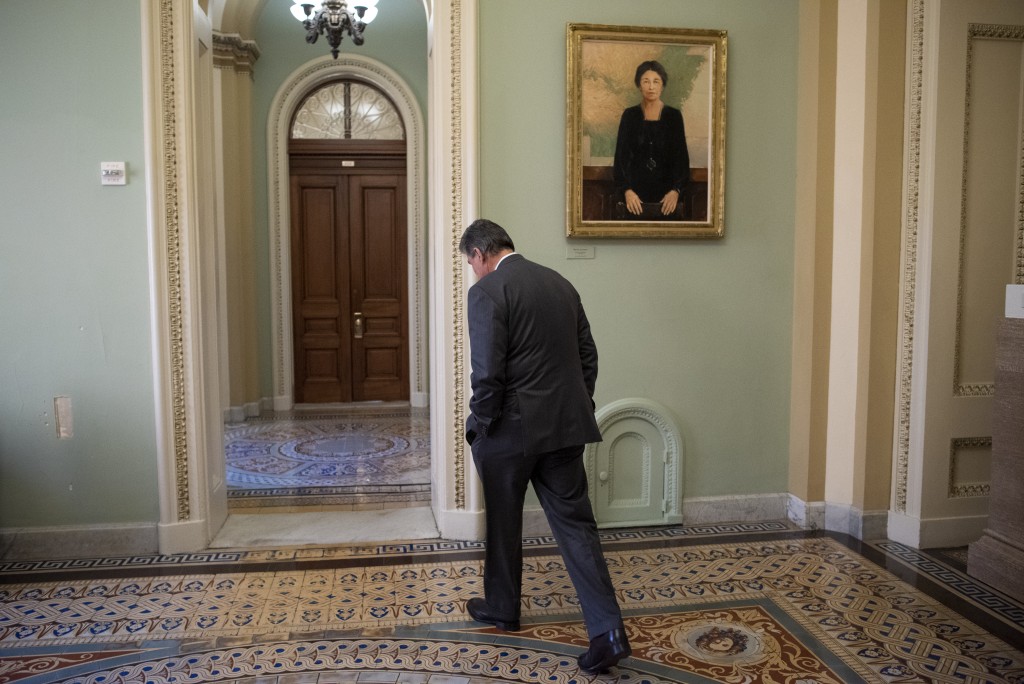 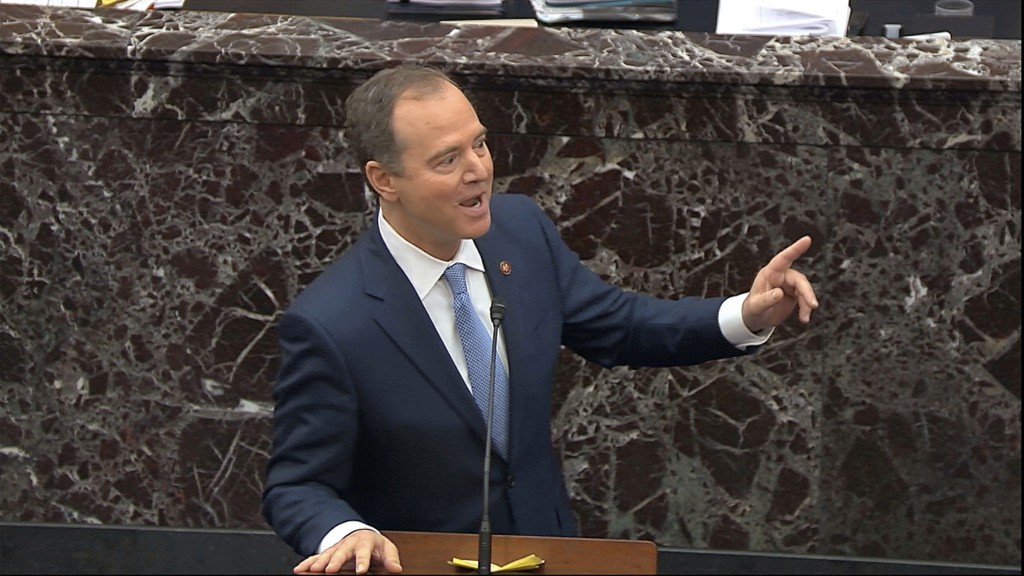 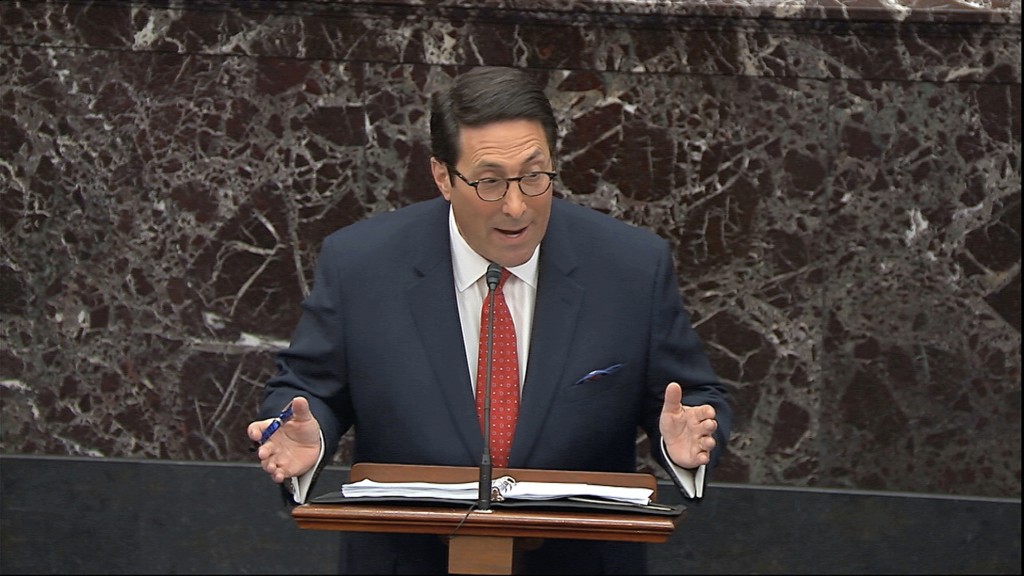 WASHINGTON (AP) — Adam Schiff was still speaking — about witnesses, documents, future presidents and the impeachment of President Donald Trump. He'd said it all before, but five hours into the Senate trial Tuesday, Schiff, the lead prosecutor, was saying it again.

Suddenly, from the Republican side, Sen. James Risch of Idaho raised his left hand so Schiff could see it and pointed, repeatedly, to his wristwatch. Time's up, Risch signaled. He was right: It was time to vote, and — perhaps as important — it would soon be time for dinner. Schiff yielded, and the senators rose to vote and then quietly left the chamber.

The understatement helps explain what seemed to be a widespread struggle with attention late Tuesday as arguments in the abuse and obstruction trial stretched into the late evening. It's a challenge anyone who's served on a jury might understand, but senators try not to complain, given the enormous political stakes of the trial during the 2020 election year.

About a third of the senators are up for re-election. The more senior members are on-camera during the proceedings. Anyone falling asleep — and a few senators looked like they might have Monday — during only the third impeachment trial in history would have some explaining to do.

The urge to nod off stems in part from the familiarity of the arguments. They have all heard the story of Trump's pressure on Ukraine. Only a handful claim to have not made up their minds on whether Trump should be removed from office. And the outcome — the impeached president's acquittal — seems clear. Still, the trial is expected to cover tedious, familiar territory six days a week until it is resolved.

One piece of good news for the attention-challenged: The Senate voted Tuesday to trade 12-hour days for 8-hour days when opening arguments begin. And both sides are using audiovisual aides to keep people awake. Lawyer Jay Sekulow did a bit of pointing and raising his voice at one point late in the proceedings, which seemed to perk people up.

But inside the crowded, tradition-bound chamber, senators have little to do besides take notes and listen. Phones and coffee are banned. So are talking and passing notes to each other. There's no pacing around the chamber. Snacks are traditionally frowned upon, though Sen. Ben Sasse, R-Neb., could be seen popping something into his mouth and chewing as he wrote on a notepad.

Senators in both parties paid close attention and took notes, highlighted papers and listened intently — at least at first.

One of the most prolific note-takers throughout the proceedings was Maine Sen. Susan Collins, a centrist in a tough reelection fight this year. Sen. Elizabeth Warren, one of four Democratic presidential candidates forced back to the Senate ahead of the Iowa caucuses, held both a blue pen and yellow pencil in her right hand and alternated which she used to take notes.

Others appeared to struggle to maintain attention as the hours wore on. Sen. Bernie Sanders, a presidential hopefuls who has openly complained about having to be in Washington, yawned and at one point tipped his head back on his chair.

A few hours in, the visitors' galleries were less than half full. A staff area of the Senate floor had extra chairs but few people sitting there. Senators periodically gazed up into the galleries, a rare occurrence.