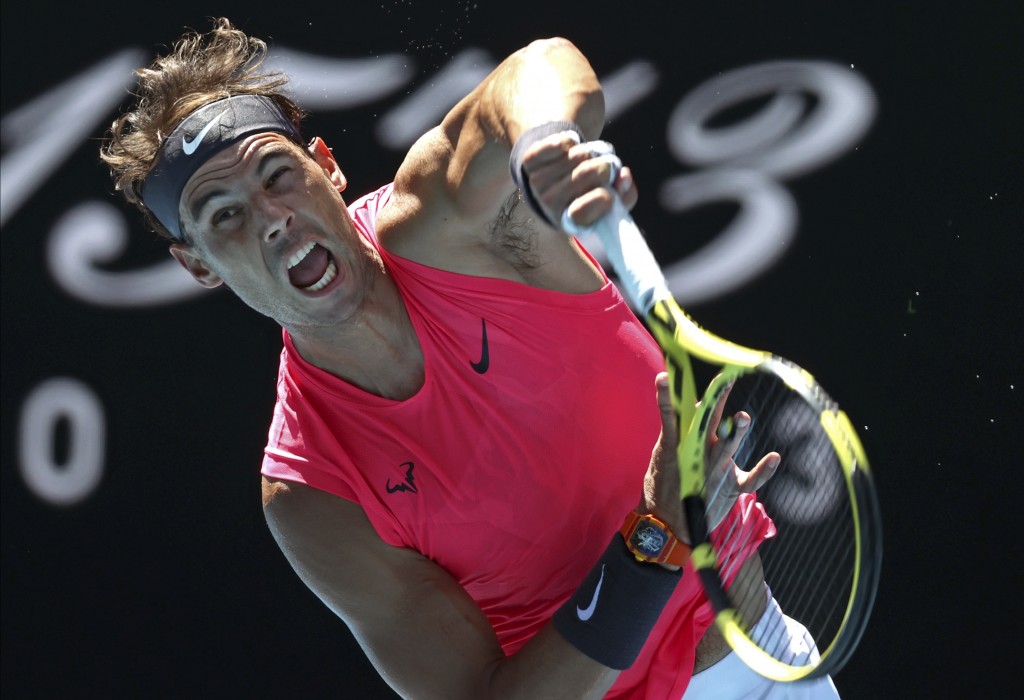 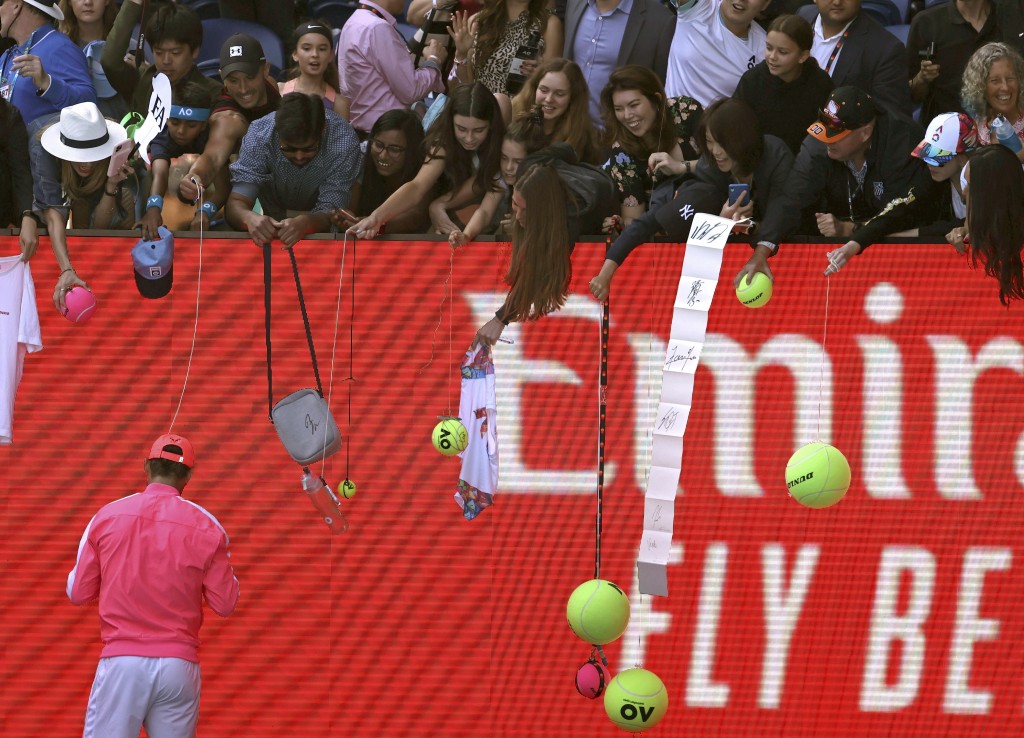 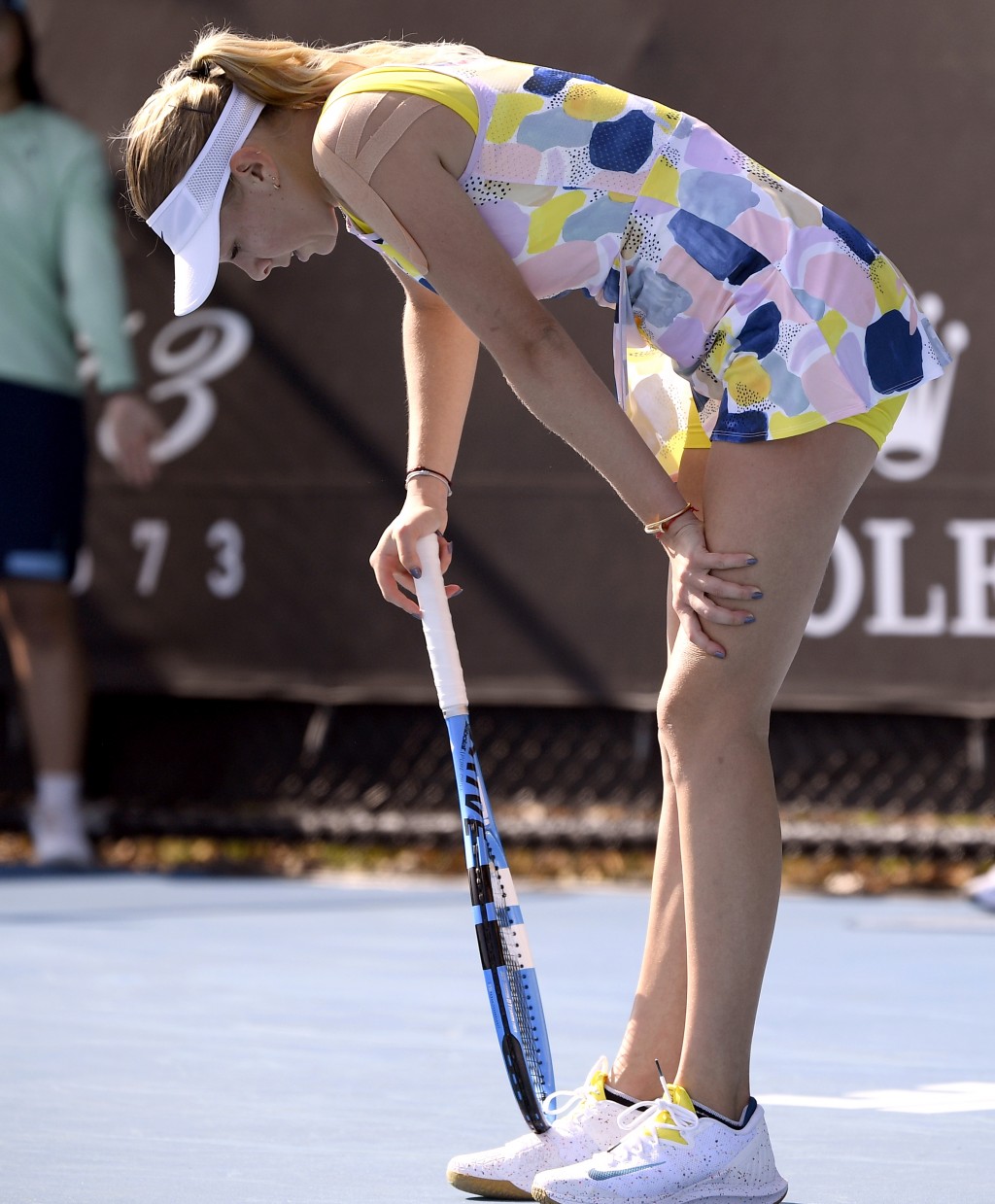 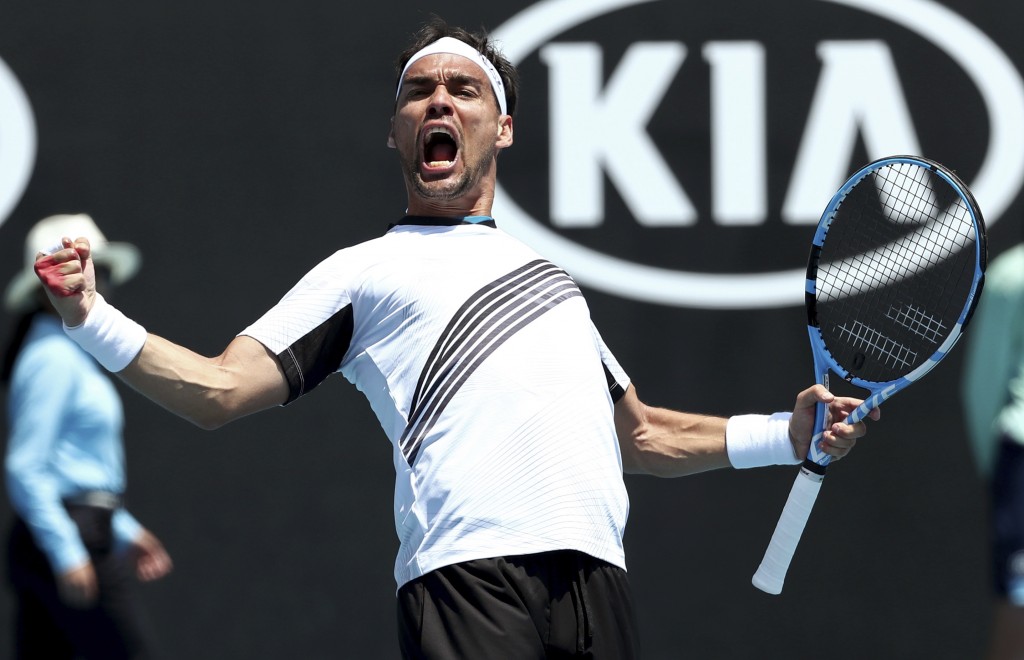 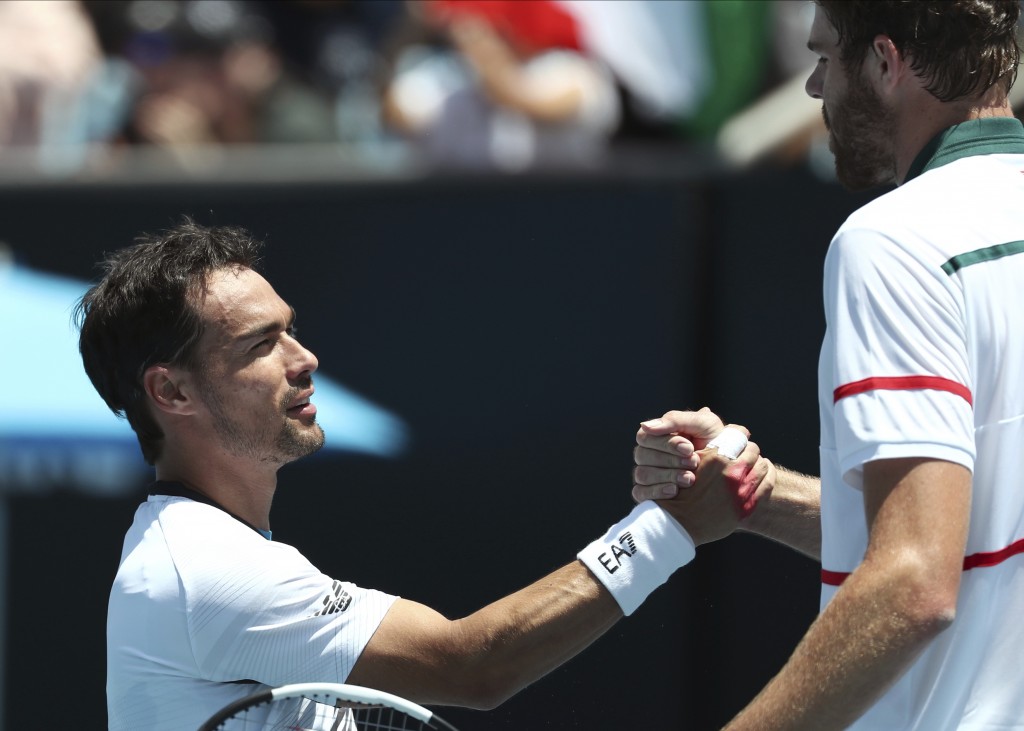 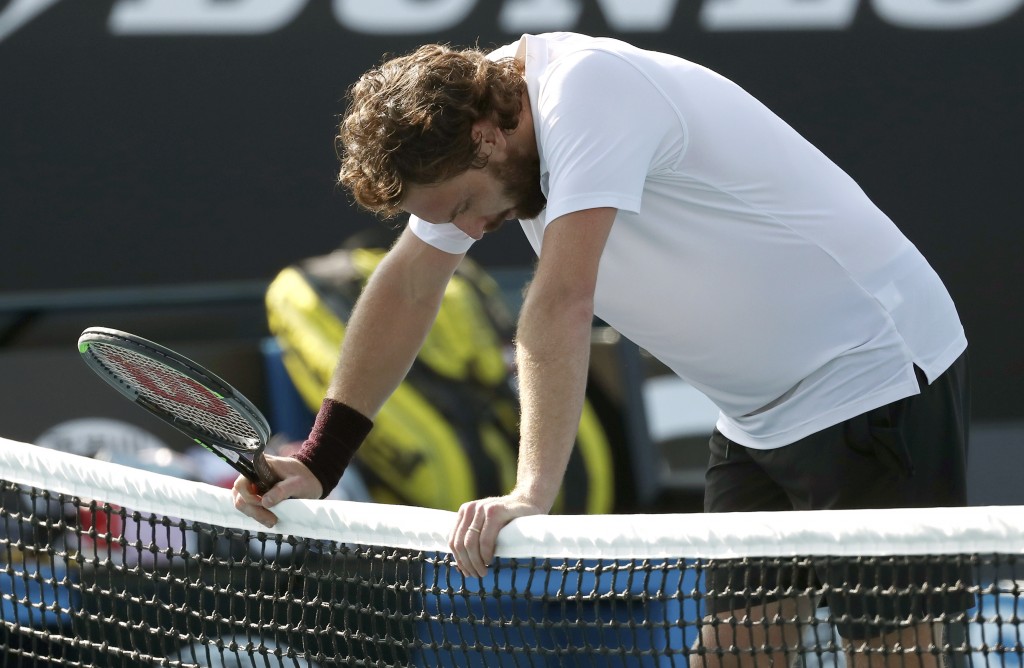 MELBOURNE, Australia (AP) — Rafael Nadal says he's thinking about his next opponent ... and his next practice session ... and trying to recreate the superb tennis he played in his straight-set victory in the Australian Open's first round.

What he insists is not on his mind is the number 20 — as in Roger Federer's record 20 Grand Slam singles titles, which Nadal would equal by claiming the trophy at Melbourne Park.

That was built with a 38-15 edge in winners and breaks in eight of Dellien's 11 service games.

Nadal, at age 33 the oldest No. 1 in ATP history, owns 19 major championships, but only one came in Australia, 11 years ago.

Twelve, of course, were collected at the French Open, four at the U.S. Open and two at Wimbledon.

“I won the U.S. Open a few months ago, and I was super happy in that moment. But today I'm happier than if I didn't win the U.S. Open? Probably not,” Nadal said with a hearty laugh. “The only thing I can do is put all my efforts on (trying) to keep going the best way possible. The rest of the things, the future will see.”

His sudden passing came just before the U.S. Open, so she withdrew from that tournament.

Anisimova reached the semifinals of the French Open in 2019 at age 17, becoming the first player born in the 2000s to get that far at a major. She was ranked 51st at the time and unseeded.

Credit Fabio Fognini with a career Grand Slam of comebacks: His 3-6, 6-7 (3), 6-4, 6-3, 7-6 (5) rain-interrupted victory across two days against Reilly Opelka of the U.S. gave the 12th-seeded Italian a total of eight wins in matches after dropping the opening two sets.

And now that he's done it at the Australian Open, Fognini has a full collection, with at least one such reversal at each of the four major tournaments. According to the International Tennis Federation, only 11 other men have done it at each Slam, a group that includes Roger Federer, Rod Laver and Boris Becker, but not Rafael Nadal or Novak Djokovic.

The most famous example of an 0-2 comeback by Fognini came against Nadal at the 2015 U.S. Open. Fognini said he doesn't recall all of his turnaround victories, but he sure does remember that one.

So does Opelka, who rued the fact that play was halted against Fognini because of showers Monday after the initial game of the third set.

Opelka said that Nadal match wasn't really on his mind, but “if anything, it was just more to have me prep to expect (Fognini) to want to win and believe in himself that he can win. Clearly, he did.”

Felix Auger-Aliassime is considered a future star of men's tennis, a 19-year-old from Canada who was seeded 20th at the Australian Open — and is already out after a first-round loss against Ernests Gulbis, who once was a young up-and-comer himself.

Back when he was in his 20s, Gulbis reached the French Open semifinals and earned a spot in the top 10 of the ATP rankings. A series of injuries waylaid his career, including a back problem in 2019; he entered Tuesday ranked only 256th and needed to go through qualifying just to get into the main draw.

The 31-year-old Gulbis, who is from Latvia, described himself as “emotional when I was walking back to the locker room, because it's not easy. Its not easy to come back. It's not easy to play Challengers. But these moments are really worth it.”