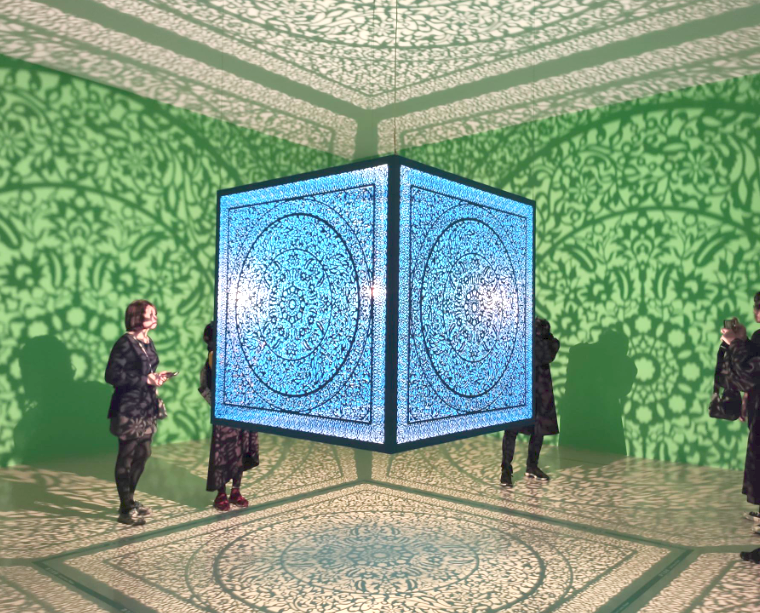 TAINAN (Taiwan News) — Chimei Museum has launched an exhibition titled “Beyond The Shadows” that features international artists’ installations and graphic artworks and will run until Jun. 2.

“Beyond The Shadows” (有影無影？影子魔幻展) exhibits 40 works from 15 international and Taiwanese artists. The museum revealed the highlight of the exhibition, a sculpture titled “Just Now Forever” (此刻永恆) by the Italian artist Fabrizio Corneli, on Jan 18 in nearby Tainan Metropolitan Park (台南都會公園). The museum stated that Corneli has spent one year researching and creating the work, which has been described as “a poetic conversation with the sun.” Corneli explained that the words “Forever” and “Just now” are written vertically on the edge of the sculpture so that when the sun moves through the sky, the words will cast shadows on the wall from different angles.

In order to see the shadows clearly, the museum revealed that Feb. 21 at 10:38 a.m. and Oct. 21 at 2:16 p.m. will be the best chances to visit the work to see the forms of the words in their entirety. Generally speaking, the 21st day of every month is the perfect day to view them, said Chimei. According to the museum, the artwork of Pakistani artist Anila Quayyum Agha has become popular among the photo takers for the Islamic patterns that it projects to symbolize the diversity of Islamic culture. The artist has applied green and blue, which she said she has observed an abundance of in Taiwanese landscapes, in both the exhibiting room and the unique piece.

Belgian artist Vincent Bal is showcasing a series of pieces at the museum that feature creative shadow paintings. Bal has drawn on the shadows of assorted Taiwanese objects, such as a piggy bank, bowl, and chopsticks, and incorporated them into humorous and meaningful works.

“Beyond The Shadows” is being held in Tainan's Chimei Museum until Jun. 2. For more information, visit the official website and Facebook page. 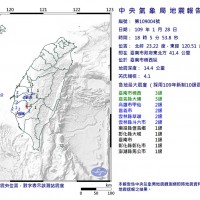 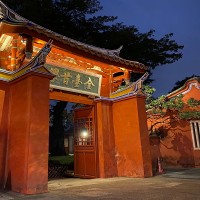