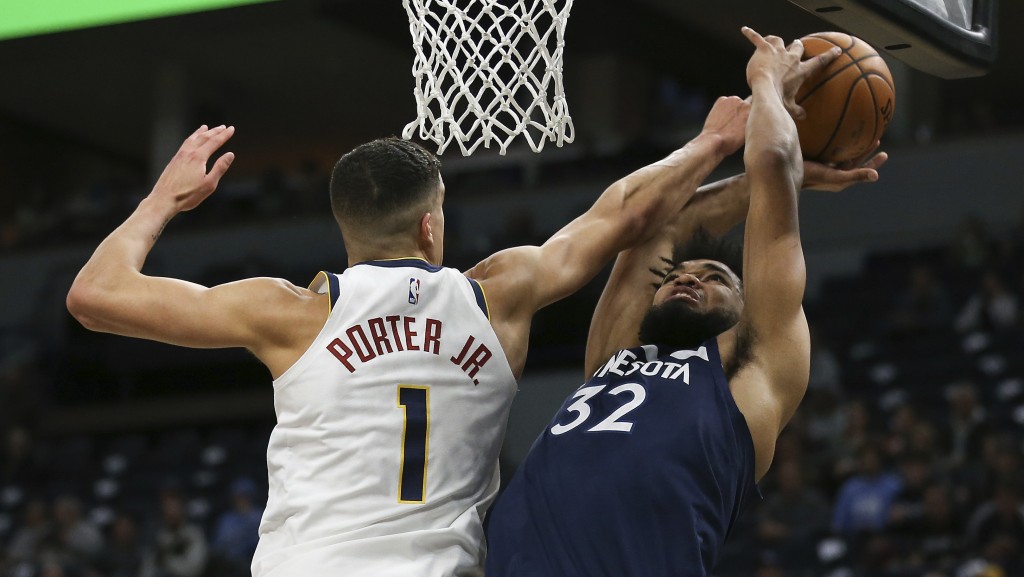 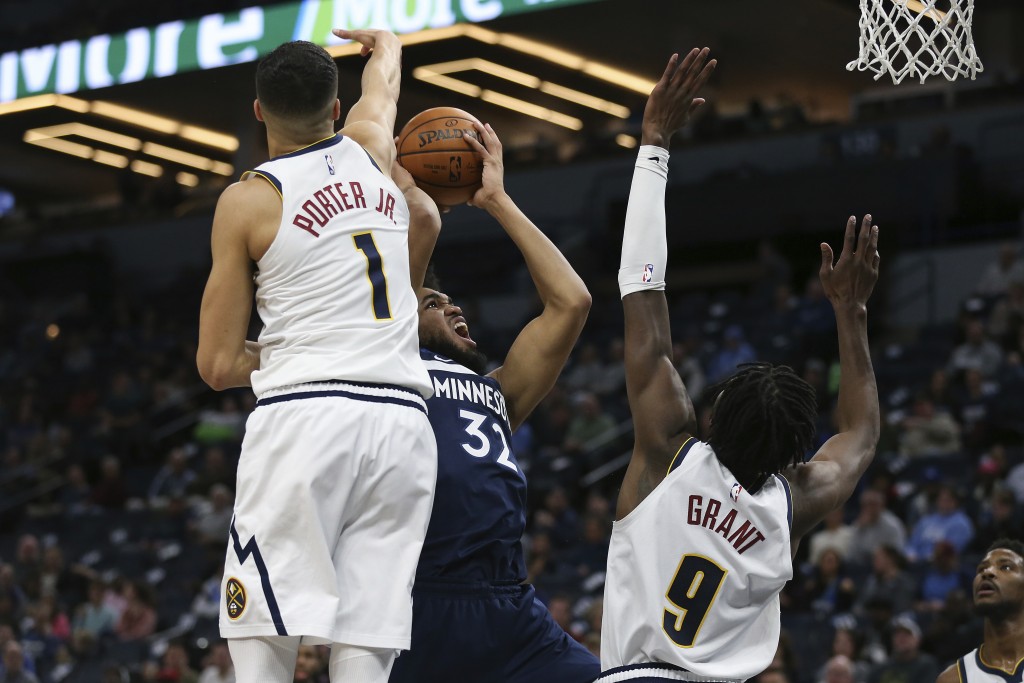 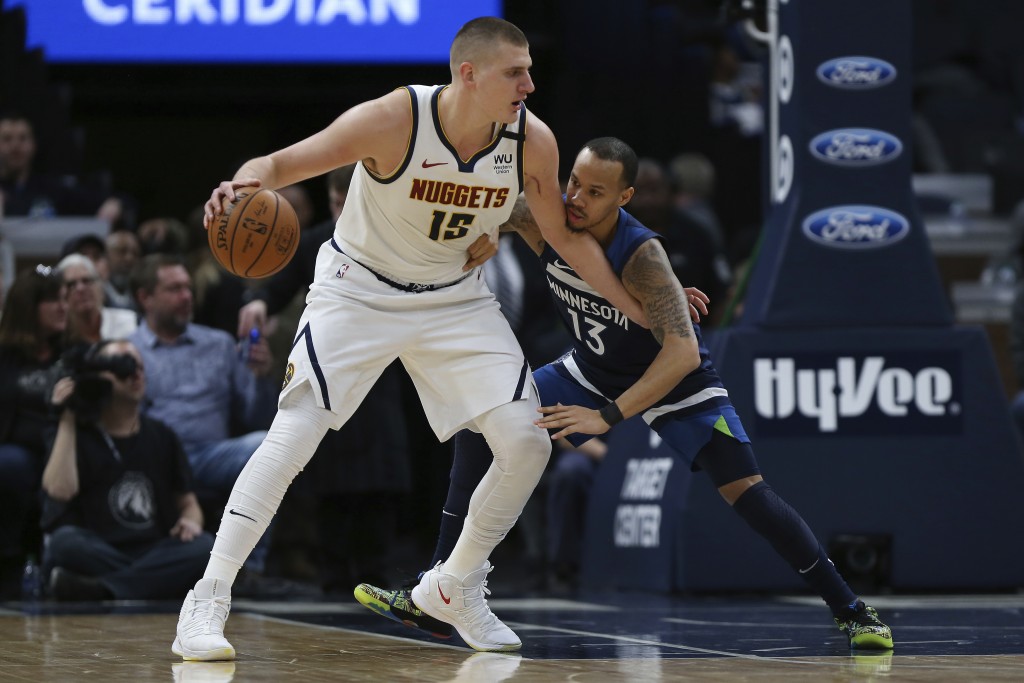 Jerami Grant scored 19 points and Nikola Jokic had 17 points and 13 rebounds for the Nuggets, who again had three of their top five scorers absent — Jamal Murray, Paul Millsap and Gary Harris Jr. — and were playing on back-to-back nights. Porter, the first-round draft pick whose rookie season was ruined by a back injury, was a major factor in the victory.

The Wolves were mostly within one possession in the second half, cutting their deficit to 88-85 with 8:33 left on a dunk by Keita Bates-Diop over the top of Jokic, But Porter responded with a 3-pointer soon after to double the lead. Malik Beasley, who had 11 points off the bench, helped the Nuggets create some more space.

Towns had a three-point play with 2:48 remaining that brought the Wolves within 102-98, but they couldn't get enough stops when it counted the most. Monte Morris popped out to swish a mid-range shot from the wing for Denver on the next possession.

Okogie snagged a give-and-go pass from Robert Covington for a dunk that cut the lead to four points again, and Towns had the ball in the post after Jokic missed a 3-pointer, but he couldn't get the ball to fall in a crowd around the basket that had Towns complaining about no foul call. Then Will Barton III, who had 18 points, sealed the deal with a 3-pointer on the other end.

The Nuggets were ahead for less than two minutes of the first half, as the Timberwolves sank seven of their first 13 tries from 3-point range. The recently acquired Allen Crabbe made one of them, debuting with his new team four days after arriving in a trade that sent Jeff Teague and Treveon Graham to Atlanta.

Nuggets coach Mike Malone was clearly disappointed at times by the defense of his team that has allowed the fifth-lowest scoring average in the NBA this season, but that helped it quickly get back in the game, too.

The hustle of Okogie helped spur a 12-2 run by the Wolves that gave them a 46-36 lead, their largest of the night, but Porter and the Nuggets closed the half with a flourish. They had a 19-5 spurt during that stretch.

Crabbe was targeted for his 3-point shooting potential, with the Wolves currently in the messy stage of trying to sharpen their perimeter game. After ranking 26th in the league in 3-point attempts last season, they're third with an average of nearly 40 per game, but they've fallen from 19th to 29th in percentage at 32.5 entering the evening. The Wolves went 12 for 43 in the game.

The Timberwolves have played at home on Martin Luther King Jr. Day more often than not over their history, and Covington gave a brief pregame welcome to the crowd with a message of unity. Players wore black warmup shirts that read, “We cannot walk alone.”

Nuggets: Millsap (sprained/bruised left knee) missed his seventh straight game. Harris (strained right adductor muscle) was out for the fourth consecutive game. Murray (sprained left ankle) was sidelined for the third game in a row. ... Backup center Mason Plumlee briefly joined the injured crew in the second quarter when he rolled his right ankle. He returned in the third.

Timberwolves: Crabbe finished with three points and three assists in 16 minutes. His debut was delayed by an illness that kept him out on Saturday against Toronto. ... The Wolves dropped to 3-17 against teams with a winning record at the time of the game, including 2-10 at home.

Timberwolves: Play at Chicago on Wednesday, their only road game in a 14-day span.