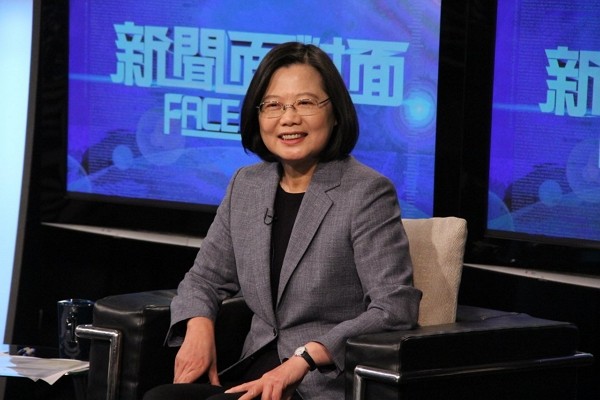 TAIPEI (Taiwan News) — President Tsai Ing-wen (蔡英文) said Monday (Jan. 20) that the government has no plan to withdraw the 2018 pension reform project for civil servants in the country.

During an interview with Era News, Tsai emphasized that she would not turn her back on the 23 million Taiwanese people, including the 8 million who voted for her. When asked about possible revisions to the current civil servants pension system, Tsai said that she understands the recently established plan has impacted some people but that the majority of Taiwanese are in favor of the change.

However, the president said that minor modifications are possible. She promised to find a balance between the supporters and the opponents of the reform, reported UDN.

On Monday evening, the Presidential Office released a statement to clarify misunderstandings about Tsai's pension remarks, stressing that the government has no intention of withdrawing the pension reform. The government also urged citizens not to spread rumors that could cause social discord, reported Radio Taiwan International.

The revised pension system, which has impacted an estimated 330,000 retired public servants, teachers, and military veterans, was aimed at easing financial pressure on social welfare. Previously, civil servants could retire at the age of 50 and receive a monthly annuity payment with an 18 percent preferential interest rate.

Despite protests from various civic groups and retired civil servants against the changes, the pension distribution had posed a threat to the survival of the overall social welfare system. According to calculations, the reform has saved Taiwan more than NT$700 billion (US$23 billion) and received praise from younger generations.

Tsai was a target of criticism over the pension reforms during the recent presidential election, but she nevertheless managed to be re-elected by a landslide.