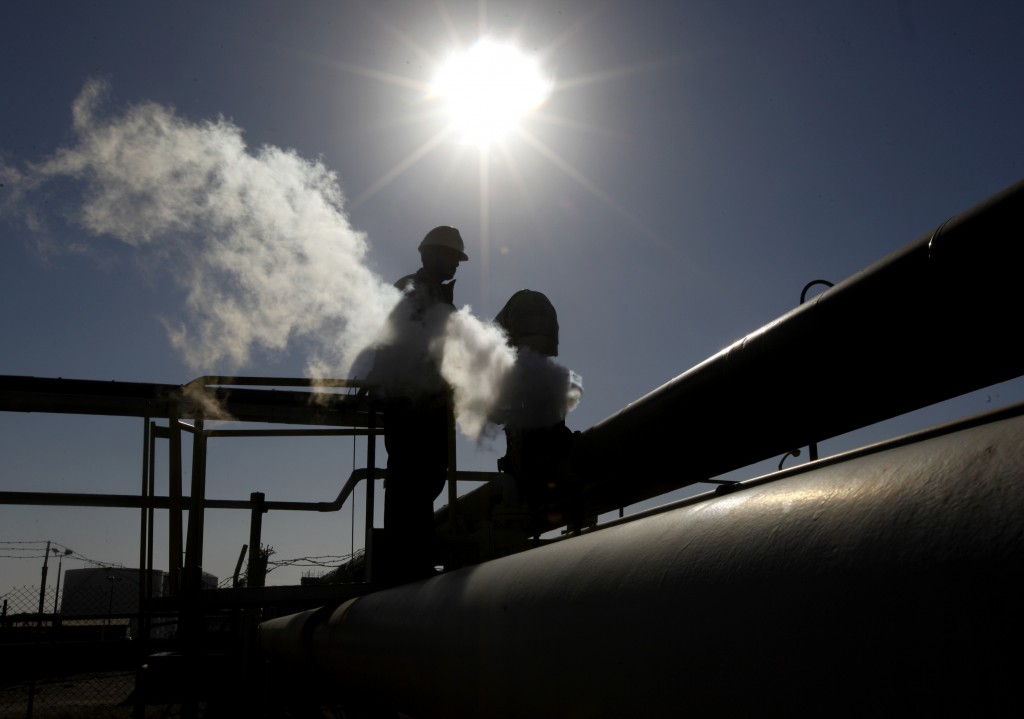 BENGHAZI, Libya (AP) — Libya’s major oil fields and production facilities remained closed on Monday, its National Oil Corporation said, in a sign that the country's east-based forces are not backing down after an international summit to end the Libyan civil war.

The continued closure of the oil facilities by tribe members loyal to eastern Libyan forces ratchets up pressure on their adversaries in the west, the U.N.-backed government that controls the capital, Tripoli.

World powers with interests in Libya’s long-running conflict pledged on Sunday to respect a much-violated arms embargo and push opposing factions to reach a truce.

Former general Khalifa Hifter's east-based forces have been laying siege to the capital for months.

“People are holding their breath,” said Mohamed Eljarh, a political analyst who is based in the eastern city of Tobruk.

“I am worried there is no appetite among the warring parties and their constituencies for a truce right now," Eljarh added.

A doctor and resident of southern Tripoli, Mohamed Malek, 27, said he fled his neighborhood late Sunday when he heard sporadic exchanges of gunfire.

Another Tripoli resident, Ahmed Werfali, 34, said he heard a loud explosion early Monday, and limited fighting overnight. But the violence was far less than the routine pounding of heavy weaponry before the cease-fire, he said.

Dozens of men from tribal groups loyal to Hifter continued on Monday to camp out in two key southern oil fields, including al-Sharara, Libya’s largest.

Hifter's tribal allies closed a major pipeline over the weekend, potentially cutting national output to a small fraction of its normal level, according to the oil corporation.

“This sit-in will continue,” vowed Mohamed Maikal, the leader of the group that seized the fields, known as Fezzan. “There is a pessimistic situation after what happened in Berlin.”

Oil, the lifeline of Libya’s economy, has long been a key factor in the civil war, as rival authorities jostle for control of oil fields and state revenue.

It remains unclear whether the commitment to halt foreign interference announced in Berlin will prove any more effective in winding down the years-long war in Libya than past pledges that have been widely ignored.

Jalel Harchaoui, a Libya expert at The Netherlands Institute of International Relations, said that the Berlin summit had delivered “absolutely none” of the “concrete mechanisms” needed to ensure all parties to the conflict observe commitments to a truce and de-escalation.

Libya’s two main rival leaders, Prime Minister Fayez Sarraj and former general Hifter, did not sign any documents, let alone appear in the same room. German Chancellor Angela Merkel and her foreign minister said they met the leaders separately ahead of the conference.

Turkish President Recep Tayyip Erdogan, speaking to reporters on his way back from Berlin, criticized Hifter's failure to ink a roadmap for ending the war. “It remained verbal, witnessed by those who participated in the meeting," the state-run Anadolu Agency quoted him as saying.

DeBre reported from Cairo. Associated Press writers Sam Magdy in Cairo and Suzan Fraser in Ankara contributed to this report.