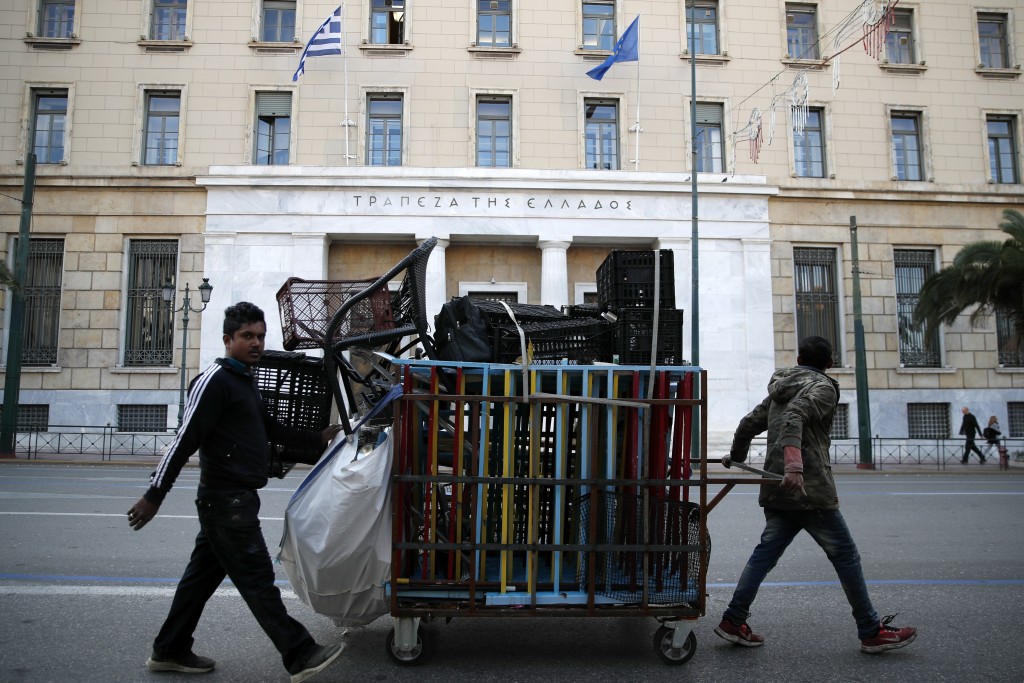 ATHENS, Greece (AP) — Officials from Greece's bailout-creditor institutions are in Athens for an inspection of the country's public finances, as the center-right government is pressing for more lenient budget performance targets.

The weeklong inspection began Monday, and involves the European Commission, the European Central Bank, and the International Monetary Fund.

Greece ended its third international bailout in 2018 but has promised to continue administrative reforms, cost-cutting measures, and the privatization of large state-run companies.

As part of those commitments, Athens must achieve a primary budget surplus - that is, the annual balance before debt-servicing costs - of 3.5% of gross domestic product through 2022. But the government wants to end that commitment a year early, arguing that its good record on reforms and historically-low rates on bond markets no longer make the tough target necessary.