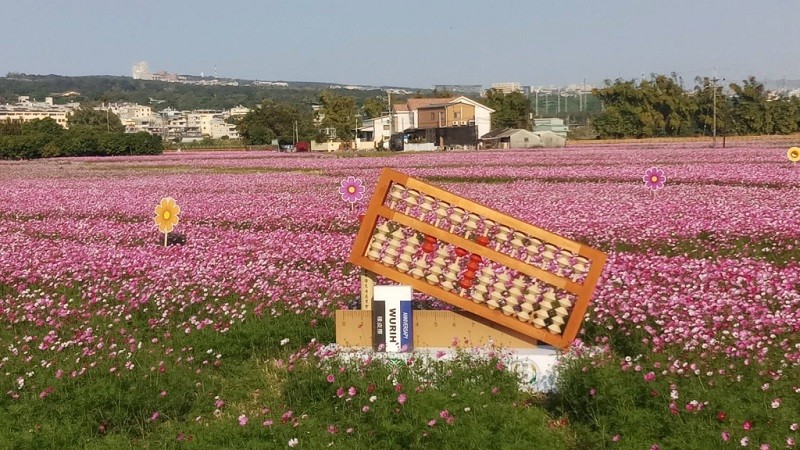 The field is located beside Lunzi Lane (論子巷) on Xuetian Road (學田路). Taichung’s Agriculture Bureau said that it had advised Wuri Farmers’ Association on how to plant green manure crops, such as cosmos, sunflowers and radish, in paddy fields during the fallow period.

The cosmos and sunflower plants began to open in December and will bloom through February this year. The floral display is now attracting plenty of tourists keen to take colorful photographs.

The radish area is not open as they are not mature yet, according to the release. However, the radish area will be open on Feb. 1 when tourists are allowed to pick the mature vegetables for free.