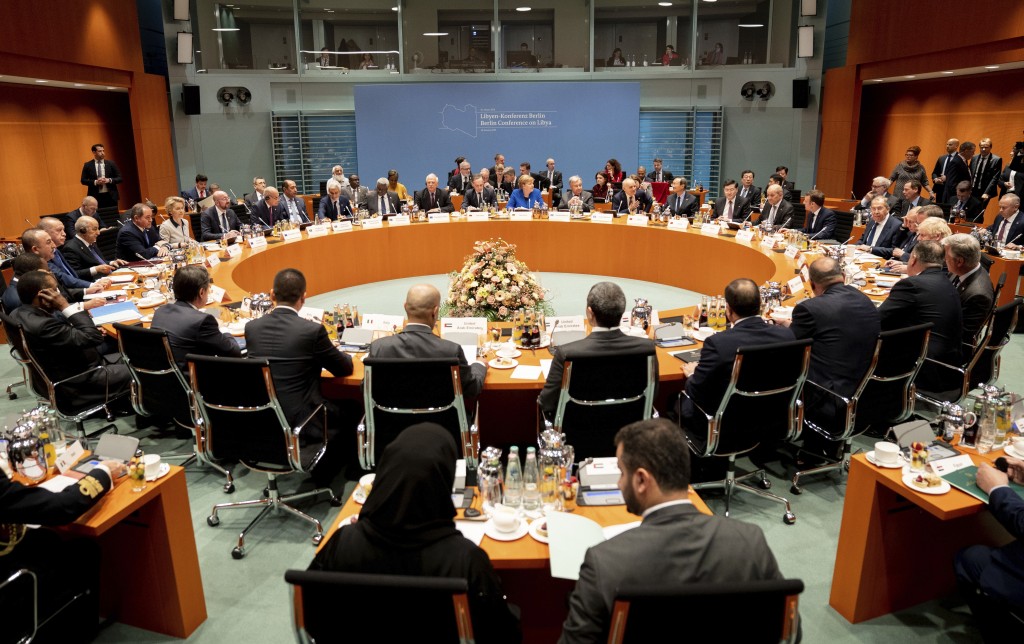 BERLIN (AP) — The German government on Monday downplayed Tunisia's rejection of a last-minute invitation to a weekend conference on Libya that had ruffled feathers in the North African nation.

Chancellor Angela Merkel hosted world powers and other countries that have backed one side or the other in Libya's long-running civil war, in a bid to get those who have influence in Libya on the same page. Libya's two main rival leaders also were invited to Berlin, where they held talks with Merkel and her foreign minister ahead of Sunday's conference.

Tunisia initially was not invited to the talks about the situation in its neighbor and complained. On Saturday, the Tunisian foreign ministry said it had declined a belated invitation it received Friday, adding that Tunisia was not part of preparatory talks over recent months.

“In the course of preparing a conference, it can always happen that a further invitation is extended and it can happen that the (country) invited doesn't consider itself in a position to accept the invitation,” Merkel's spokesman, Steffen Seibert, said Monday.

He said Germany talked with U.N. officials and amended the invitations to include Tunisia.

“But the most important thing is that it won't — at least if it is up to us — mean any worsening of the German-Tunisian relationship. It is a good relationship,” he said.

Participants at the Berlin summit agreed to respect a much-violated arms embargo in Libya, halt military support to the warring parties and push them to reach a full cease-fire.