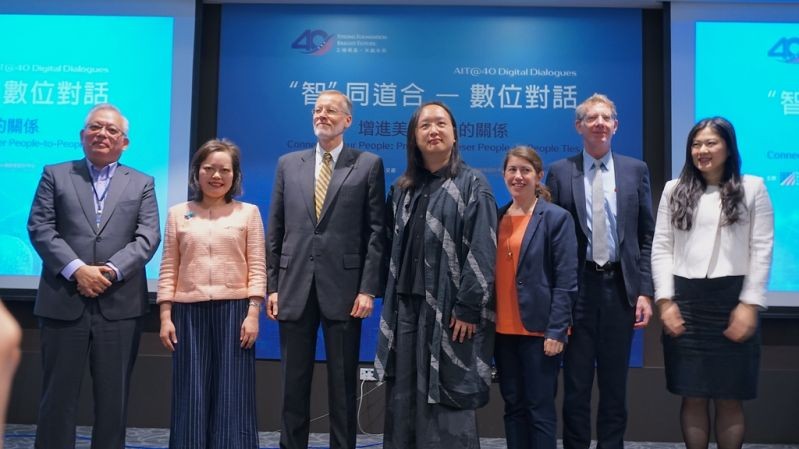 Taiwan and the U.S. staged the Digital Dialogue Public Forum Jan. 17 in Taipei City, bringing together academics and officials from both sides to explore new ways of promoting closer people-to-people ties.

Organized by the Ministry of Foreign Affairs and American Institute in Taiwan, the fourth and final DDPF is held as part of a series of yearlong activities marking the 40th anniversary of the Taiwan Relations Act.

Expanding exchanges between the people of Taiwan and the U.S. is a common goal, Wang said during her opening address. The like-minded partners vigorously support an array of educational and cultural programs, she added.

The government will continue expanding cooperation with the U.S. across the board based on freedom, democracy, and respect for human rights and the rule of law, Wang said.

Extensive progress was made by Taiwan and the U.S. in 2019 on promoting security cooperation, economic and commercial ties, and Taiwan’s international engagement, Christensen said. The AIT will expand the Global Training and Cooperation Framework to share Taiwan’s expertise and leadership with the global community via a record 11 workshops in 2020, he added.

Christensen also congratulated President Tsai Ing-wen on her election to a second term Jan.11. It is sincerely hoped Taiwan will continue shining as a beacon of freedom, democracy, prosperity and hope for countries seeking better paths for the people, he said.