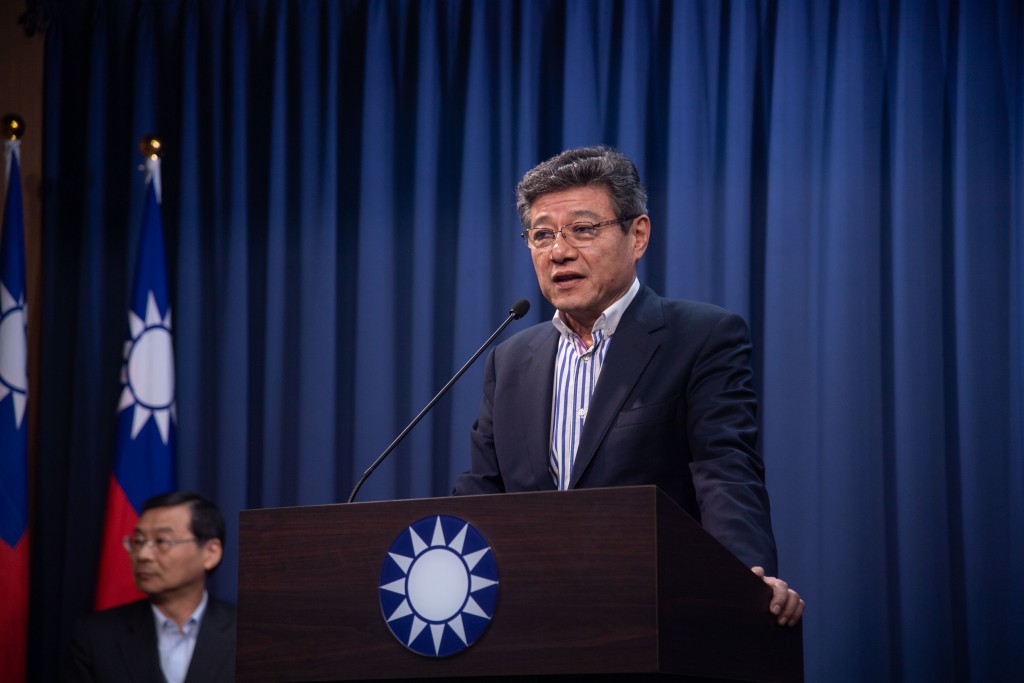 A call by interim Kuomintang (KMT) Chairman Lin Rong-te (林榮德) for members of the party's main decision-making committee older than 60 to resign has drawn criticism from some committee members who feel the body should consist of people of all ages.

Lin, who is heading the party after Wu Den-yih (吳敦義) stepped down on Jan. 15 for the party's defeat in the Jan. 11 presidential and legislative elections, said Sunday he will formally submit the plan at a Central Standing Committee (CSC) meeting on Jan. 22.

The 83-year-old said he hoped that after older generation members, including himself, resign, 80-90 percent of the party's new CSC will consist of directly-elected KMT mayors, magistrates, councilors and lawmakers to better reflect public opinion.

The party is under pressure to rebrand itself after its presidential candidate, Han Kuo-yu (韓國瑜), lost to incumbent President Tsai Ing-wen (蔡英文) of the Democratic Progressive Party (DPP) by nearly 20 percentage points on Jan. 11.

It also won only 38 seats in the 113-seat Legislative Yuan, compared to 61 for the DPP.

The KMT is scheduled to elect a new chairperson and new CSC members on March 7. So far, only National Taiwan University Professor Chang Ya-chung (張亞中) has announced he would join the KMT chairman race.

Lin's age-limit proposal was welcomed by KMT acting Secretary-General Tseng Ming-chung (曾銘宗) and senior CSC member Lee Cho-ping (李昭平), who agreed it was something the party should have done long ago to appeal to younger generation voters.

Polls showed that a vast majority of those aged 20-29 preferred the DPP and its desire to distance Taiwan from China over the China-friendly KMT.

Both Tseng and Lee admitted, however, that some senior CSC members held different views on the "going young" approach.

One of those is former KMT lawmaker and senior CSC member Lu Hsueh-chang (呂學樟), who said the current KMT party charter does not set age limits for CSC members.

The 67-year-old agreed that the KMT needed to conduct thorough reforms in the wake of its election defeat but setting a maximum age limit for committee members was not one of them.

Part of his objection, he said, was that it will be harder for younger members to fulfill the requirement for CSC members of raising NT$500,000 (US$16,550) a year for the party's operations.

"Age is not a problem (for reforming the party from within). The main issue should be whether you have constructive ideas on how to reform the party," Lu said.

The party's CSC has to embrace members of the younger generation, but that does not mean shutting the door on members older than 60, he argued.

One CSC member who spoke on condition of anonymity said the KMT's key issue was not age but the person who will become party chairman.

As long as the party elects a new, "selfless" chairperson who adopts more "innovative thinking," then the party will move forward in the right direction, the member said.

The current KMT charter stipulates that the CSC is to consist of 39 to 44 members, with 32 of them to be selected by the party's central committee. Among the members, at least five should be KMT city mayors or county magistrates and at least one-fourth should be women.