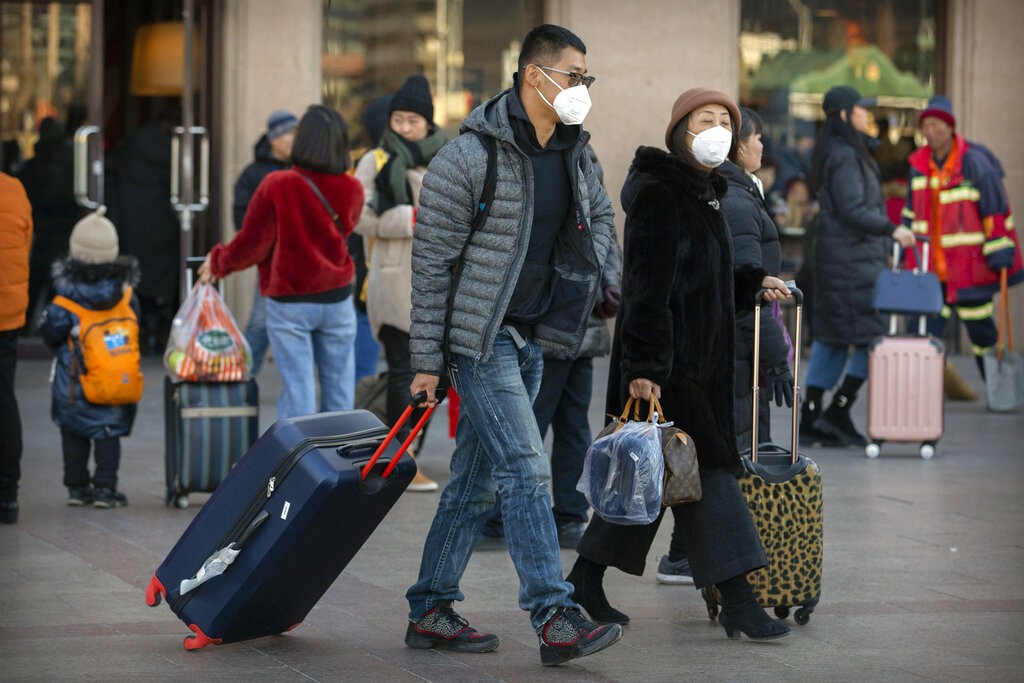 TAIPEI (Taiwan News) — The Chinese authorities reported 139 novel cases of coronavirus (2019-nCoV) over the weekend, while South Korea on Monday (Jan. 20) confirmed its first case, brought in by a Chinese woman traveling from the Chinese city of Wuhan, according to Korea Times.

The Korea Centers for Disease Control and Prevention (KCDC) announced a Chinese woman had shown symptoms of fever and a respiratory infection after arriving at Incheon International Airport and that she tested positive for the pneumonia-like illness. The country's health authority said the patient had been treated at a local hospital during her trip to the Chinese city of Wuhan in Hubei Province last week.

Chinese authorities believe that the illness is controllable, while the World Health Organization (WHO) is not ruling out the virus is transmissible among humans. Both Japan and Thailand have reported cases of the 2019-nCoV from Wuhan, China, over the past week.

A British report suspected that around 1,700 people have been infected in Wuhan with the SARS-like virus and the outbreak in China might have been underestimated. A TV show cited screenshots of chats between Chinese physicians revealing a few individuals are dying from respiratory illnesses every day at one hospital but medical teams were not allowed to test whether they had died from the new strain of pneumonia.

Taiwanese health authorities are also ramping up measures to prevent the disease from spreading. There are fears the virus will spread because during the Lunar New Year Taiwanese businesspeople in China are expected to return home for their annual holiday.

Taiwan's Centers for Disease Control (CDC) is intensifying screening for infectious diseases at airports and ports across the country. However, no travel restrictions have been issued to the Chinese city by Taiwanese authorities so far.

Taiwan's CDC advises people traveling to Wuhan or neighboring cities to wear surgical masks and avoid visiting traditional markets or hospitals in these cities. Furthermore, if symptoms develop within 14 days after returning home from Wuhan, put on a surgical mask and seek immediate medical attention.

At the time of publication, six suspected cases have been detected in Taiwan, among which four tested negative. The latest suspected case is a 1-year-old toddler who returned home on Jan. 6 and whose parents live in the Chinese city.