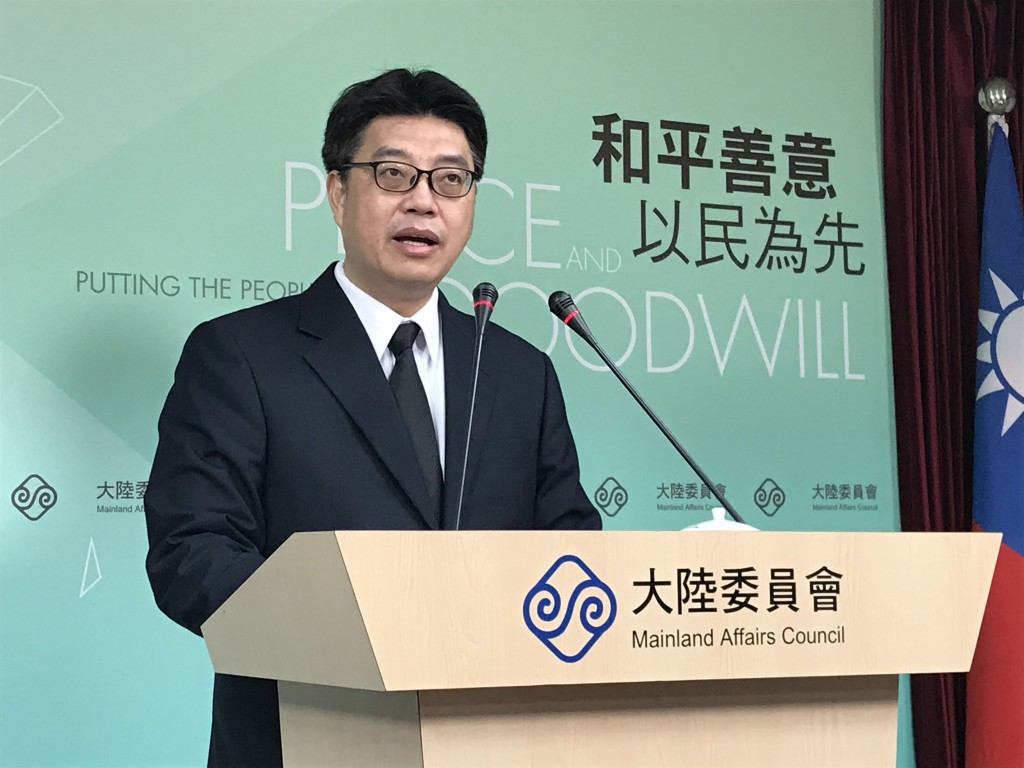 TAIPEI (Taiwan News) － Taiwan’s Mainland Affairs Council (MAC) has restated the country’s firm opposition to the proposed “one country, two systems” model while criticizing Beijing for not being able to recognize the reality of cross-strait relations.

Via a statement on Sunday (Jan. 19), MAC, the top government body handling cross-strait affairs, said Taiwan had rejected the “one country, two systems” formula, first proposed by China’s leader Xi Jinping in his 2019 New Year’s address. Beijing should not unilaterally impose its own will on Taiwan, said MAC, calling on Chinese authorities to reflect on their policy toward Taiwan which it said had long been “out of touch with reality.”

Taiwan is a sovereign state that has never been part of the People’s Republic of China, said MAC. Taiwan has expressed “the greatest goodwill” regarding maintaining the cross-strait status quo, said MAC, adding it will not make further concessions in the face of Beijing’s attempt to undermine Taiwan’s sovereignty.

The Chinese Communist Party held an annual meeting in Beijing on Monday to discuss its policy toward Taiwan for the year of 2020. Wang Yang (汪洋), a member of the Politburo Standing Committee, envisioned the situation facing both sides of the Taiwan Strait would be even more complex and challenging.

Wang said China would resolutely adhere to Xi’s “peaceful unification” and “one country, two systems” policy guidelines while opposing and curbing any forms of “separatist” activities on the island. The Chinese official also stressed the importance of providing more measures he considered beneficial to Taiwanese people and promoting exchange between Taiwanese young people and their Chinese counterparts.