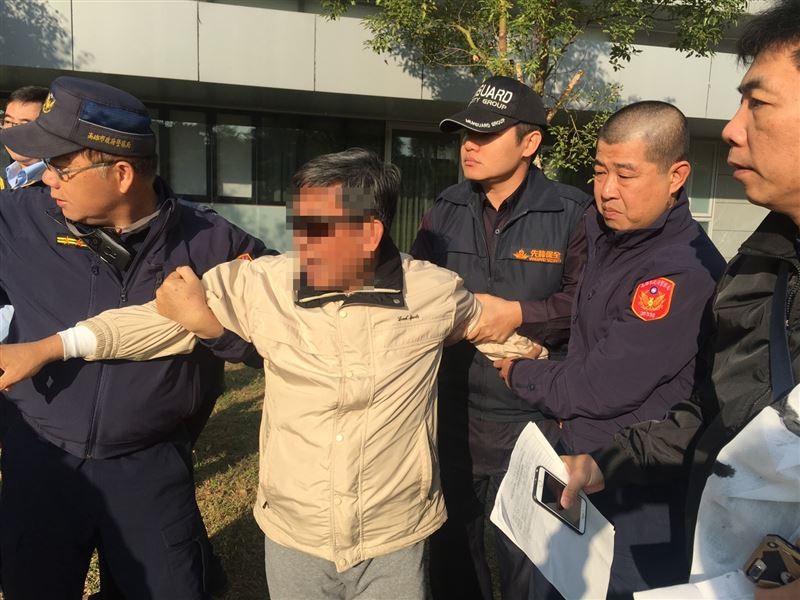 TAIPEI (Taiwan News) — A Kaohsiung City Council candidate was arrested by police on Monday morning (Jan. 20) after he brought all the makings of a Molotov cocktail to a city government office and said he wanted to speak to the city's mayor Han Kuo-yu (韓國瑜) about his grievances.

At 8:12 a.m. on Monday, Lee Pai-jung (李柏融), a Taiwan Renewal Party candidate for Kaohsiung City Council, who lost in Taiwan's elections on Jan. 11, appeared in front of the Kaohsiung City Government Fengshan Administration Center. He was carrying a plastic bottle full of gasoline and a lighter and said he wanted to file a complaint with Han, reported SET News.

Police swiftly arrested the man and are investigating him for committing Offenses Against Public Safety (公共危險罪), among other offenses.

Lee said that he wanted to complain to Han directly about illegal government additions to the sewer system in Kaohsiung's Jiading District. When he arrived in front of the administrative center, Lee unfurled a white banner that read: "The hegemonic government is reckless with people's lives." Previously, Kaohsiung City Water Resources Bureau had explained to Lee the county government had issued construction licenses for the project well in advance. The property was legally built by the private owner, and the land was leased to the public by the Economic Development Department of the previous city government, but Lee refused to accept this explanation, reported Liberty Times.

When police arrived on the scene, Lee was reportedly in a highly agitated state and claimed to be carrying gasoline. Police quickly moved in and arrested Lee and took him to the police station for questioning.

After undergoing questioning, Lee was sent to the Prosecutor's Office to be investigated for endangering public safety, arson, intimidation, and other crimes. Lee had reportedly staged many protests in front of the administrative office before, but this was the first time he had a flammable material.