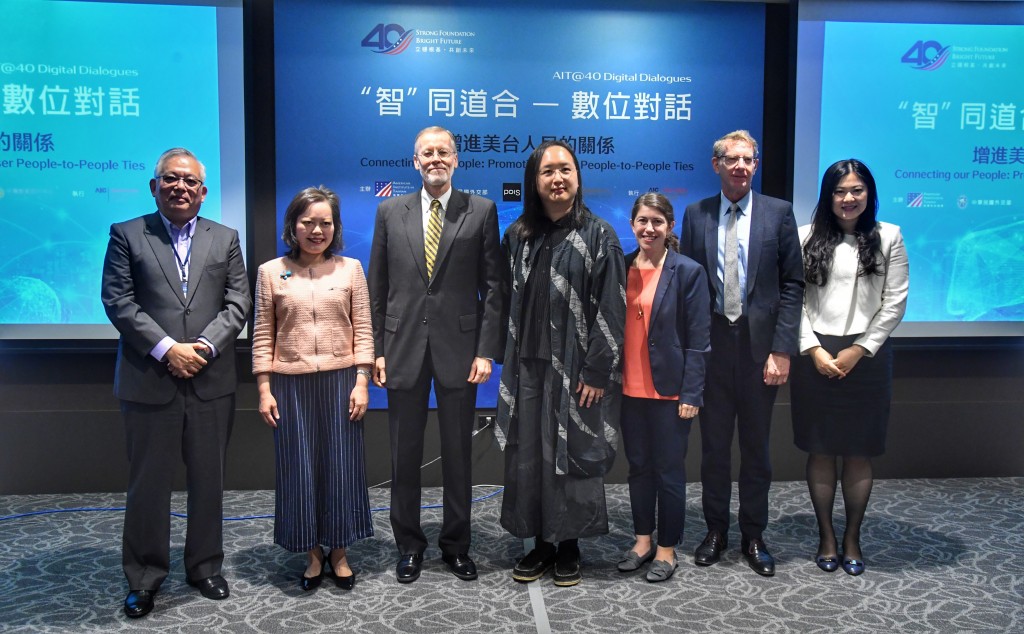 TAIPEI (Taiwan News) — The American Institute in Taiwan (AIT) wrapped up celebrations for its 40th year in Taiwan with the Digital Dialogue Public Forum on Friday (Jan. 17).

In his opening address, AIT Director Brent Christensen praised U.S. and Taiwan relations, saying they are sincerely invested in each other’s success and announced "Real Friends, Real Progress" as the theme for AIT in 2020.

The forum, led by minister without portfolio Audrey Tang (唐鳳) and panelists, gathered opinions through an online discussion board, about how to strengthen U.S.-Taiwan bonds and facilitate exchanges between the two nations. The first focus was on Taiwan's language policies. It was suggested that Taiwan should accelerate its pace to become a bilingual nation.

AIT Spokesperson Amanda Mansour said she believed the most important foreign policy was to internationalize Taiwan for Taiwanese youth. Being an English speaker, she said, meant having the world at their fingertips and increasing professional opportunities.

Randall Nadeau, CEO of Fulbright Taiwan Foundation, said the foundation's English Teacher Assistant (ETA) program in 2019 brought in 128 American primary and middle school teachers for nine of the country's cities. The cooperation between them and local teachers encouraged children to use English naturally in their daily speech.

Mansour also pointed to the increasing interest in learning Chinese in the U.S., even though China's Confucius Institutes and being closed down and studying in China has become more challenging in the current political scenario. Taiwan should seize the opportunity to meet the demand for foreign Chinese learners.

As for economic exchanges, Secretary-General of Industrial Development Bureau, Ministry of Economic Affairs (MOEA), Chen Pei-li (陳佩利) said the government has worked closely with American corporations over the past 30 years. Recent offers include high-ranking servers to Google and Facebook for their data centers in Taiwan.

To better support the returning supply chains resulting from the trade war between the U.S. and China, the MOEA has collaborated with the AIT to establish the Talent Circulation Alliance. This aims to encourage talent exchanges between U.S. and Taiwan companies.

As for shared cultural heritage, Randall Nadeau praised the National Museum of Taiwan Literature, saying it was a paradigm of Taiwan's multi-cultural status. "When my students asked me where they should study in Asia, I always said, 'Go to Taiwan,' because, in just one country, they will be introduced to all kinds of Asian cultures," he said.