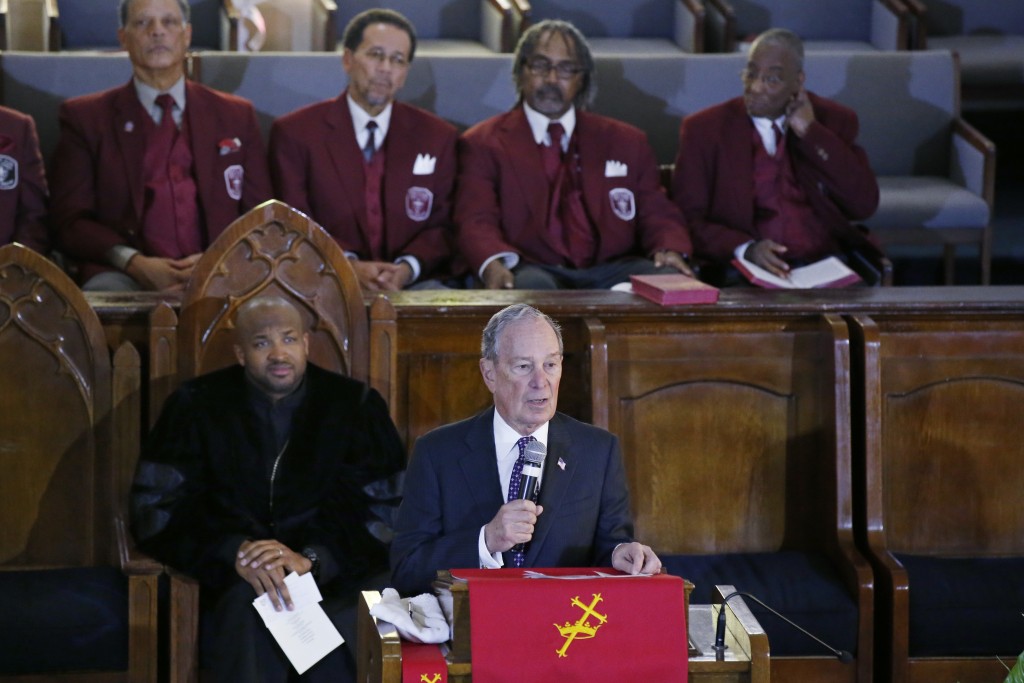 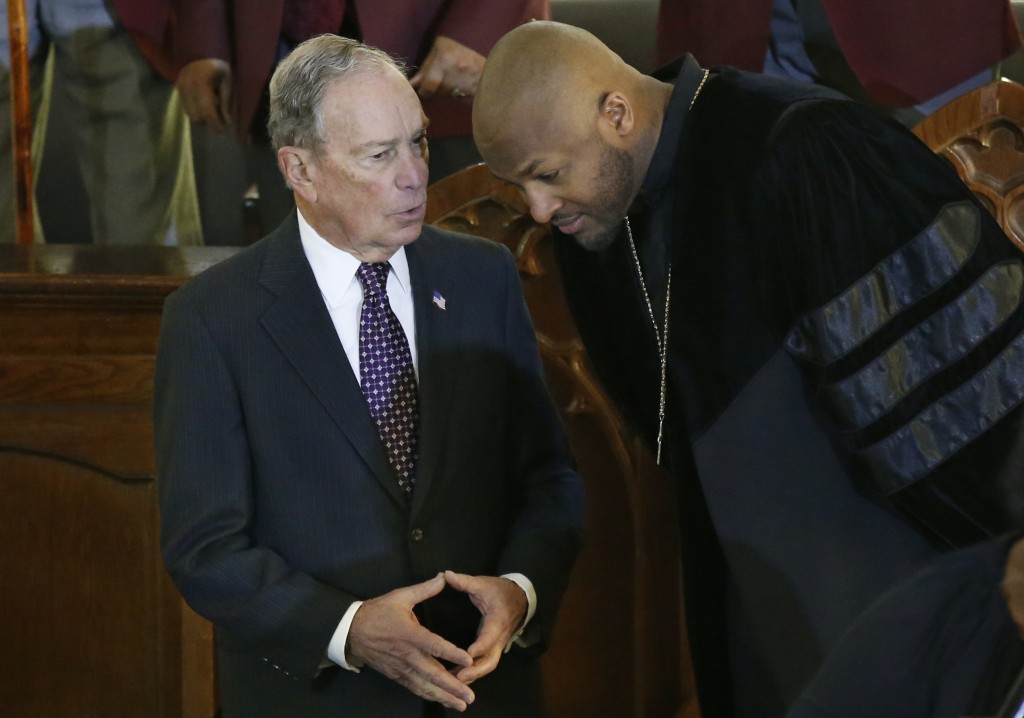 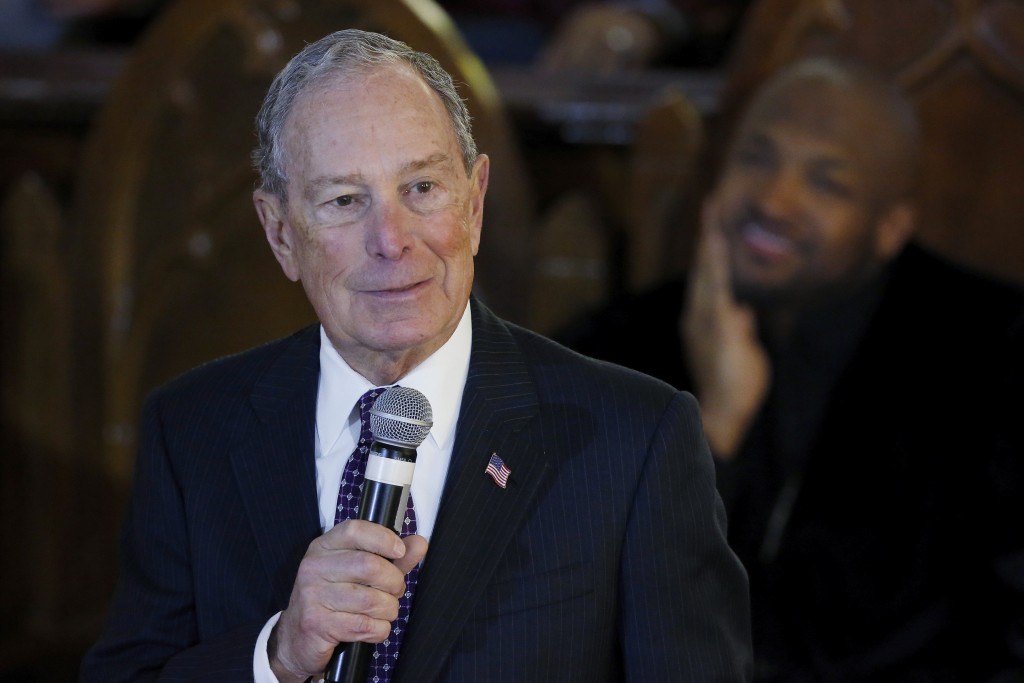 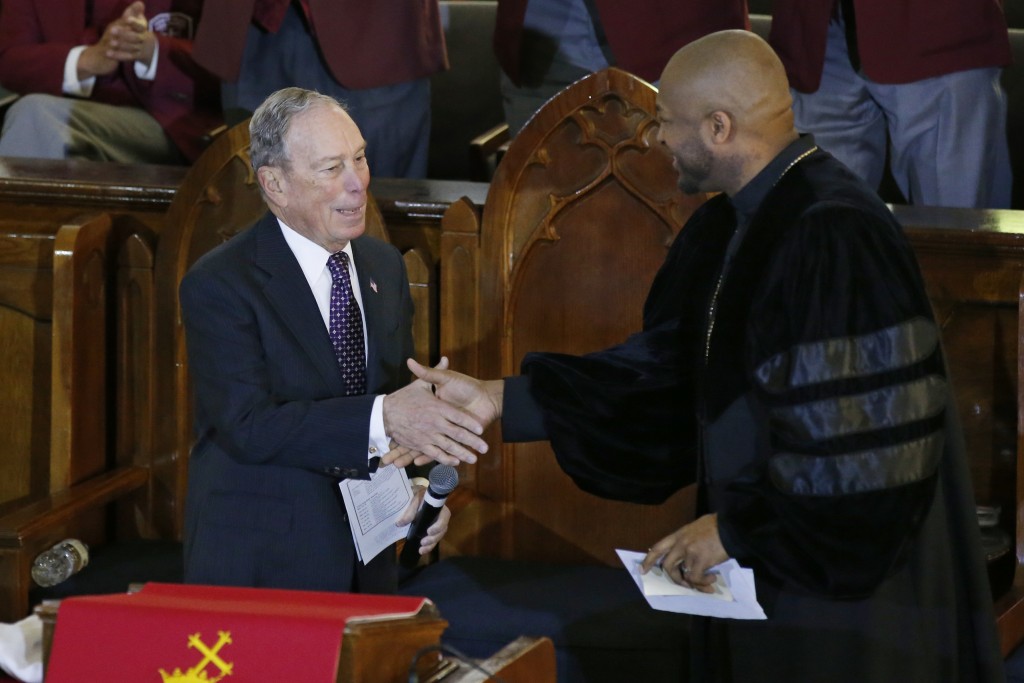 The former New York City mayor spoke out against racial income inequality and outlined an economic proposal aimed at increasing the number of black-owned homes and businesses. The plan includes a $70 billion investment in the nation’s most disadvantaged neighborhoods.

“I do believe the next president has to make the issue of economic inequality a top priority, and there’s no better place for me to talk about it than right here in Greenwood," Bloomberg told parishioners Sunday at the Vernon African Methodist Episcopal Church.

Bloomberg described the initiative as a "plan for righting what I think are historic wrongs and creating opportunity and wealth in black communities.”

The plan offers incentives for investment in underserved communities, increases support for black-owned banks and ties federal housing money to progress in reducing segregation. It would require bias training for police, teachers and federal contractors, and address voter disenfranchisement practices such as ID requirements, poll purging and gerrymandering.

“As someone who has been very lucky in life, I often say my story would only have been possible in America, and that’s true," Bloomberg said in a statement. “But I also know that my story might have turned out very differently if I had been black, and that more black Americans of my generation would have ended up with far more wealth, had they been white."

The visit to Oklahoma, a Super Tuesday state whose primary is March 3, keeps with Bloomberg’s strategy of skipping early voting states such as Iowa and New Hampshire and focusing on delegate-rich Texas, California and others.

Bloomberg planned to deliver a speech later Sunday at the Greenwood Cultural Center, which houses artifacts and other memorabilia from the 1921 Tulsa race massacre, in which white mobs killed an estimated 300 black residents and injured 800 more. About 8,000 residents were left homeless after firebombs, including some dropped from airplanes, destroyed movie theaters, churches and hotels and decimated the economic and cultural mecca that had become known as Black Wall Street.

The black community rebuilt in the decade that followed, but urban renewal programs in the 1950s and 1960s wiped out much of that progress, and the city remains largely segregated.

“Although it’s been nearly 100 years since the massacre took place, we are still dealing with issues of racism and inequality in our city,” said Mechelle Brown, program coordinator at the center. “I think our community, especially, is dealing with the historical trauma to that has been passed down from generation to generation, specifically as it relates to the history of the massacre.

“Those feelings of fear, anger, bitterness, resentment have been passed down.”

In the past year, several presidential candidates visited the Greenwood district, including former Texas Rep. Beto O’Rourke, New Jersey Sen. Cory Booker and Massachusetts Sen. Elizabeth Warren. It was the first time that Brown could recall any major presidential candidate visiting the area. O'Rourke and Booker have seen quit the 2020 race.

While those campaign stops are undoubtedly an attempt by Democratic candidates to reach black voters, a critically important segment of the party’s electorate, they also present an opportunity for residents to meet the candidates firsthand, said Judy Eason McIntyre, who represented the district in the state Legislature for a decade.

“Yes, some will say it’s pandering, but I’m not one of those,” McIntyre said. “It allows people to get to know them up close. It also maybe generates some excitement and knowledge about getting out to vote.”

Although Sunday’s visit was Bloomberg’s first campaign stop in Oklahoma, Bloomberg Philanthropies last year granted a $1 million grant to the city to commission temporary works of art accessible to the public.