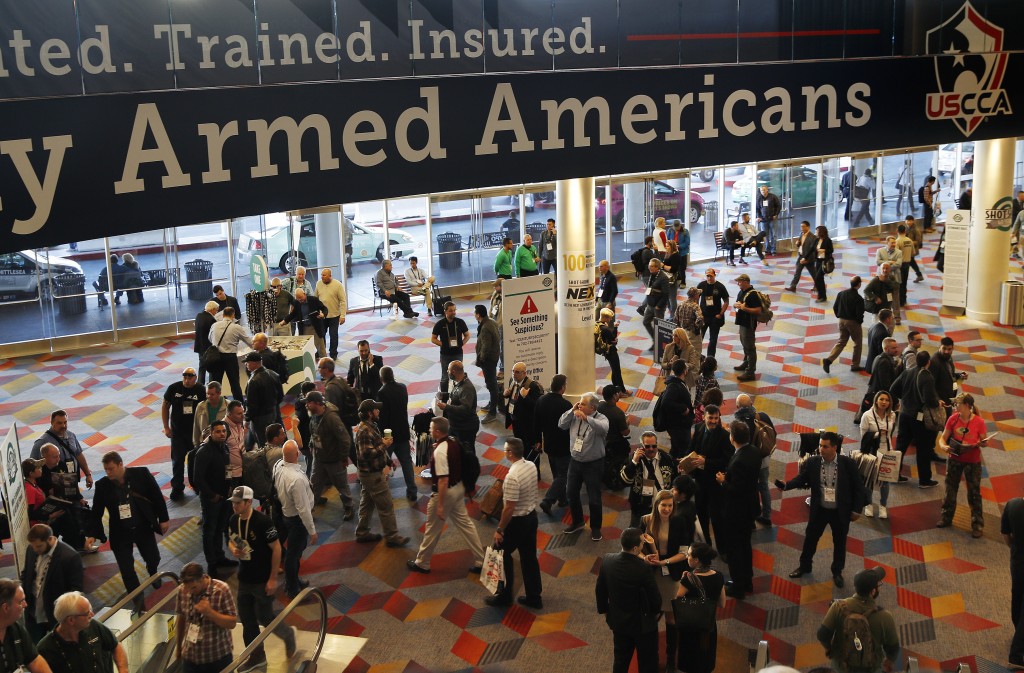 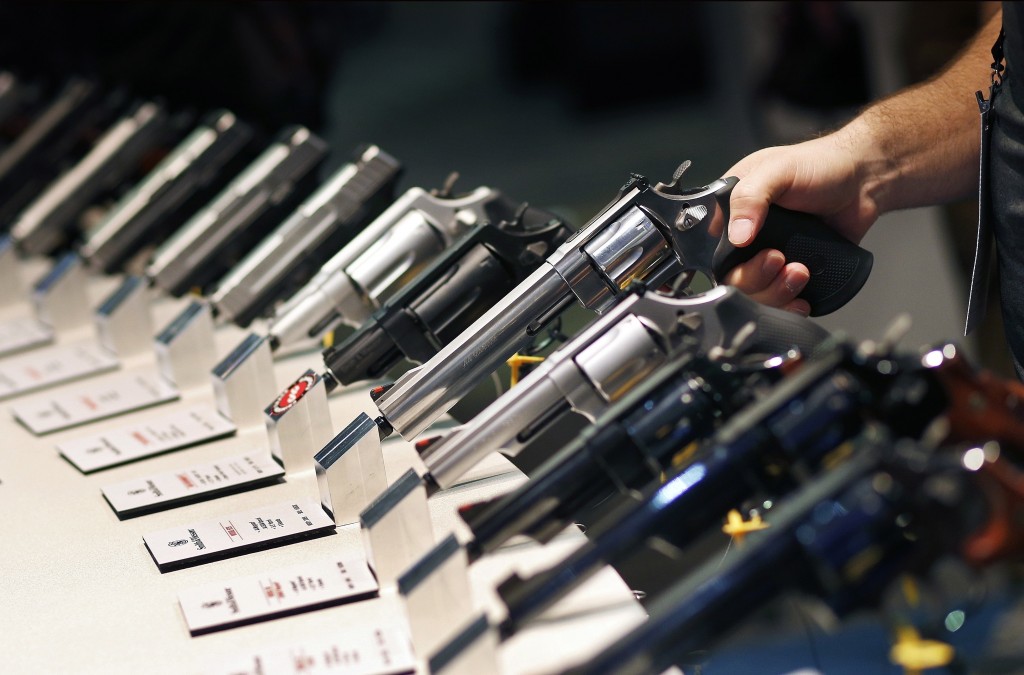 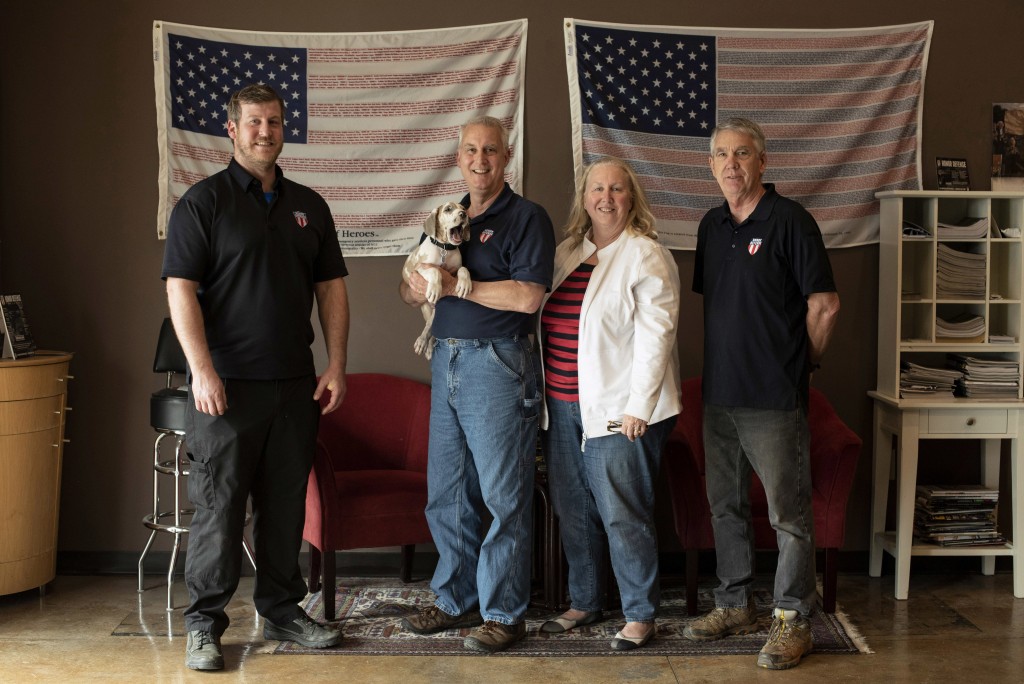 LAS VEGAS (AP) — Gun companies are gathering for their annual conference and trade show this week in Las Vegas at a pivotal moment for the industry amid slumping sales, a public increasingly agitating for restrictions on access to firearms and escalating tensions over gun control efforts.

The event, held by the National Shooting Sports Foundation, the gun industry's lobbying group, will take place in Las Vegas — about 3 miles (4.8 kilometers) from the deadliest mass shooting modern U.S. history. An estimated 60,000 people are expected to attend, navigating a vast expanse of aisles filled with not just firearms but all sorts of accessories and industry-related apparel.

Gun sales normally taper off during Republican administrations because gun owners are not as compelled to stockpile weapons out of fear that lawmakers will impose restrictions on firearms. But the past three years under President Donald Trump have been particularly volatile, fueled in part by the Las Vegas shooting and other high-profile mass killings that have driven efforts to either restrict access to guns or to ban certain firearms and products.

With Congress stymied by gridlock, the most notable action on guns has occurred at the state level in places such as Virginia, where Democrats took control of the statehouse in last year's elections. They are vowing to pass a slate of gun control measures, prompting thousands of pro-Second Amendment activists to plan a rally Monday at the Capitol.

Virginia is being closely watched by the industry, looking to see how it will play out and what it might portend for the future of gun politics in the year ahead.

Sagging gun sales have afflicted almost every corner of the industry, most notably iconic gun manufacturers such as Ruger, Remington and Colt.

Colt, one of the most storied firearms companies in the U.S., decided to suspend production of its AR-15 long guns. Sturm, Ruger and Co. Inc. saw sales slump about 20% last year and has reduced its workforce and production. Remington emerged from bankruptcy in 2018, but remains under scrutiny after being sued by families of victims of the Sandy Hook school shooting in which the perpetrator used an AR-15 made by the company.

Ruger CEO Christopher J. Killoy has said the company decided to forego steep discounts in its prices, a tactic some other manufacturers have used, to focus instead on scaling back production to weather the storm.

The pushback from the public, lawmakers and the retail sector has been most intense against AR-style guns that have been used in several recent mass killings, including Las Vegas, the Orlando nightclub massacre and the school shooting in Parkland, Florida. That has placed gun manufacturers in a difficult position because the popularity of those weapons has fueled their profits in recent years.

It's not just gunmakers that have booths at the Las Vegas show. It's a wide array — from companies that make holsters, scopes, ammunition and safes to apparel and even coffee brewers. It caters to the spectrum of gun owners — from hunters to those in the military and law enforcement. Firearms on display at the event are inoperable and none are actually sold at it.

There is a panel discussion on how to use social media influencers to boost sales, a golf tournament to raise money for veterans and a “day at the range” where participants can check out and fire all sorts of guns. Interior Secretary David Bernhardt is among the keynote speakers.

Gary Ramey, the owner of a small handgun company based in Gainesville, Georgia, said his company has seen drops in sales in the past year, and the Las Vegas gathering will be especially critical to see new products and meet suppliers.

“We’ve been busy just trying to keep our head above water in this tough market. It’s been difficult,” he said, adding later. “Our Second Amendment rights have never been under more scrutiny or attack than they are now.”

Ramey has been going to the event for 20 years, well before he founded Honor Defense, a company that specializes on handguns that can be purchased with custom colors and designs. His is primarily a family run business that uses only American built parts.

Bryan Haaker, who co-founded a gun parts and accessories company in New Hampshire in 2012, has weathered the recent turmoil by finding growth in smaller caliber firearms and the competitive shooting arena. He will be at the Las Vegas convention as well.

“We've seen nothing but the market grow,” Haaker said.